Earlier this week, I had a short encounter with a Wiccan who prefers not to use “witch” when describing his path or practice. Fair enough. However, he made this proclamation after I introduced myself as a Hekataen Green Witch. Then, the man launched into a short speech on the word’s origins, seeming to expect me to agree with his reasoning. Perhaps he was just excited to share his observations. Regardless, I found the topic to be very interesting.

According to Merriam-Websters, a “witch” can be defined as “one that is credited with (usually) malignant supernatural powers. Especially a woman practicing (usually) black witchcraft, often with the aid of a devil or familiar.” Additional entries include “an ugly woman or hag”, an “alluring girl/woman”, and an “adherent of “Wicca” (listed in that order). Hmmm. There’s some stereotypes for you. Even the one about an “alluring” girl or woman might play into certain (patriarchal) patterns when you consider the synonyms include tempting, seductive, and beguiling. I’m glad to see Wicca got a mention at least. However, there is a reason the top three answers lean toward a troubling view of women (including trans women).

From what I gather, “witch” comes from a combination of Old English and Low German words. According to Etymonline, Old English “wicce” (the “cc” pronounced as a “tch”) described a “female magician, sorceress.” In other words, a woman who practiced local folk magick/witchcraft, healing arts and/or mid-wifery. The Old English “wicca” defined a man (sorceror/magician) who practiced folk magick/witchcraft. The Old English verb “wiccian” meant “to practice witchcraft.” In Low German, wikken/wicken (hard “k”) meant “to use witchcraft.” You can see how the terms may have melded into our modern variation, although scholars seem to disagree on how the transformation occurred. And from these definitions, there seems to be no connotation of “evil” associated with these words as far as I read into it. Such people were Wise Women and Cunning Men to whom people could go to for whatever reason.

Here’s the thing. Witchcraft has been present in multiple cultures, in a variety of forms and practices, since before recorded history. There were cultures which revered magick workers as advisors and healers. And there were societies where occult practices were condemned (for instance, Hebrew, as recorded in Christianity’s Biblical Old Testament). Skipping ahead in time, as early as 500 C.E. Christian teaching began associating witchcraft with the work of “the Devil”. And by the Middle Ages, “witch” would be used almost exclusively to describe a woman who had purportedly “aligned with evil spirits and/or “the Devil” to attain supernatural power.” And the well-known stereotypes (thank you Milton and Shakespeare, among others) persist to this day.

“Witch”: Reclaiming Origins For Modern Use

So, where does that leave us in the Modern era? An era which has seen the traditional image of the ugly “evil Witch” challenged by popular culture (thanks in part to the introduction of characters such as the beautiful 1960’s “Samantha Stevens”) and the increasing popularity of Wicca and Paganism as religious/spiritual belief. Wiccans in particular have worked hard to promote the “harm none” aspect of their religion. And while some may dispute this, I believe Gerald Gardner may have included that teaching as a way to oversome societal fears. Afterall, the anti-witchcraft laws in England were not repealed until 1951. Gardner had a lot of bias to overcome when he unveiled his “witchcraft religion” to the world.

And believe it or not, according to an article on Learn Religions by Patti Wiggington, there are laws in some states against practices such as fortune telling, Tarot card reading and other forms of divination. While these are not specifically anti-witchcraft laws, Wiccans/Witches/Pagans and other magickal practitioners are affected by them. We need to know our rights. And let’s not forget, despite our growing numbers, there are many people in the broom closet because the Christian overculture’s understanding of witchcraft and Witches still holds sway. Some people really do have to be concerned about the reaction they may receive if others learn they are a Witch.

Is it possible to overturn thousands of years of negative thinking when it comes to the cultural perception of the Witch? Yes, I believe it is. Why? Because while there are plenty who rail against “the works of the Devil”, there are others who seek to understand. I can’t tell you how many Christians come into our local Pagan store. They come for Tarot readings, healing from a Reiki practitioner, herbal remedies and magickal advice from the owners. Perhaps they seek out Witches because they don’t always get what they need from their church. Whatever the case, there is a chance for dialogue and understanding with these people. One day, they may be able to effect a change in their religion and how they treat others. Including Witches.

Witch: The Future Is Now

This past Summer, a columnist from the New York Times wrote an  op ed piece about the growth of Paganism in America, which was a bit dismissive and showed a real lack of understanding. I’m not surprised. Pagans outnumber Presbyterians now. Those numbers either freak people out or have them scratching their heads. In response, Phyllis Curott wrote an article declaring “The World Needs Her Witches.”

Phyllis is right. Our planet is crying out for Witches to restore the relationship of humanity to our Earth Mother. Not one of lording over nature from above but rather recognizing how we share an accord from within.

Many teachers in the Witchcraft/Wiccan/Pagan communities are repeating a similar message. Calling us to step back into our roles as Wise Women, Cunning Men, Shamans, Priests and Priestesses. The time has come to wrest control of the language which has been defining “Witch” for thousands of years through the narrow lens of Christian doctrine and re-write who we truly are in the world. 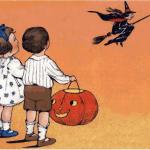 September 23, 2019
Do Witches Curse Halloween Candy? No!
Next Post 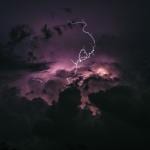 September 30, 2019 Green Witchcraft: Using Magick With Teeth
Recent Comments
0 | Leave a Comment
"I have done this on a few not so nice neighbors,never had an issue until ..."
Charmed79 Bad Neighbors Sometimes Require Baneful Intervention
"Much needed. Thank you."
artisteclectic Energy For Witchcraft When Your Personal ..."
"As I was taught, a Talisman is a generally charged object that has a single ..."
Kyllein MacKellerann " Talisman, Amulet, Charm. Oh My!
"Thank you, I think I needed to read this today."
Adawn B Even When You Don’t Feel It, ..."
Browse Our Archives
get the latest updates from
3 Pagans and a Cat
and the Patheos
Pagan
Channel
POPULAR AT PATHEOS Pagan
1