Do Witches Curse Halloween Candy? No!

As I’ve mentioned, I love September. What’s not to love about Autumn and celebrating the second harvest after a lovely Summer? Good things, both. However, September also ushers in a time when some Christians begin promoting fear-based disinformation about both Halloween and Witches. For instance, that Witches curse candy meant for trick-or-treating children.

Which a ridiculous notion! However, as a Witch I feel it’s important to address the question, as there are people who will believe this tripe and that’s just sad.

Do Witches curse Halloween candy? No. Do Witches, Satanists or other Pagans conspire to harm children, (spiritually/emotionally/physically) and/or their families, while children Trick-or-Treat or any other time of the year? Of course not. This does not stop some Christians, such as the one from a recent Charisma Magazine article, from promoting such false ideas and fear (they’ll say it’s to “inform” but whatever) within their readership.

The idea that candy might be used as a weapon against children on Halloween is longstanding. As a child, I remember television reporters admonishing parents to check their kids Trick-or-Treat haul for anomalies in packaging and to throw away home-made goodies. Hospitals offered to x-ray candy for sharp objects. In fact, such precautions are still offered, despite the fact that tainted or adulterated candy claims are mostly untrue.

Coined as “Halloween Sadism”, reports of contaminated treats date back to the 1950’s. Sociologist Joel Best has spent 30 years studying and tracking down the validity of these reports. According to his research, reports of children being injured or killed through poison, razors, et al, (upon investigation and scrutiny) turn out to be local legends circulated as “true”, accidental, or a hoax perpetrated by the children themselves. In other words, poisoned or razor stuffed Halloween treats are an urban myth.

A handful of substantiated cases have occurred. In 1959, Willliam V. Shyne from Fremont, California,  handed out candy-coated laxatives to children, making thirty of them ill. In 1974, Ronald O’Bryan gave cyanide-laced pixie sticks to his son and four other childen. The son, Timothy, was the only child to eat the candy. Allegedly, O’Bryan used the stories of tainted candy as a cover for the murder. He was executed in 1984 and has become known as “the Candyman.” The point is, widespread belief that mysterious “someones” use candy against children is, on the whole, unfounded and plays on parent’s fear. Cursed candy is a twist on the poisoned candy urban legend–IE: Witches and/or Satanists curse candy to harm children–and is no more true than the original stories.

Fear Of Witches Is A Recurrent Theme

So, is there an additional factor which informs this idea of cursed candy? You betcha. Wiccaphobia is the irrational fear of witchcraft and Witches. Folk magick, indigenous magickal practice, and/or witchcraft has been a part of humanity’s experience from ancient times. However, when Christianity began to spread, those accused of practicing folk magick or witchcraft (ie: associating with “the Devil”) were labeled as “sinful”, “evil”, “heretical”, etc.

In Europe, the death toll for convicted Witches from the 14th to 17th centuries is estimated between 40,000 and 200,000. The Salem Witch trials are an example of hysteria followed to its deadly conclusion when opportunistic people take advantage of the fear of witchcraft or Witches. And while we may not have to worry about such violence in these modern times in the United States (other countries are a different story), there is still a danger for some when people find out they are Witches.

Witchcraft Is Growing But Many Witches Remain Hidden

Many listeners of our 3 Pagans and a Cat Podcast report feeling insecure about revealing themselves as Witches or Pagans based on the potential reaction from family, friends, or community. There are some places where a person could lose their job if outed as a Witch. A person may fear losing a spouse, children, or family members if the truth of their path is revealed.

And in my opinion, Christian articles which label Witches/Satanists/Pagans as “evil people” out to curse and causing harm through children (or any innocent, for that matter) is reprehensible. Such editorials add fuel to the fire (pun intended), causing potential harm for those whom the finger points toward. Making false claims such as “Did you know satanists, witches, warlocks and others who desire to destroy Christians curse the candy they hand out?” and calling Witches/Satanists/Pagans “demonic people” suggests nothing but true ignorance on the part of the author.

Do some Witches perform baneful magick or a curse? Yes. I do, if it becomes necessary. But not for any of the reasons certain Christians seem adamant to believe. The truth is the Witches/Satanists/Pagans whom I know don’t give one fig what the Church is doing, so long as they do not impede upon our free will to live and practice our own spiritual beliefs in peace.

While I cannot speak for all, to my knowledge there is not a “committed, coordinated, obedient” effort “to curse Christians.” All that nonsense being spouted is fear-mongering propaganda. Nothing more. Witches/Satanists/Pagans have our own lives and families. Our own children (or neighbor kids) to share in the joy of the annual neighborhood candy grab. Quite frankly, I doubt any of us care enough about you to bother with a curse. Not worth our time.

About
Gwyn is one of the hosts of 3 Pagans and a Cat, a podcast about the questions and discussions between three pagan family members, each exploring different pagan paths and how their various traditions can intersect. The most practiced pagan on the path, Gwyn is a Modern Hekataen-Green Witch, Devotee of the Covenant of Hekate, and Clairsentient Medium. She loves working with herbs, essential oils and plants. In the past, she has been a musician, teacher, and published author. Now, together with Car and Ode, Gwyn is a teacher/presenter at multiple Pagan events and loves to chat about witchcraft, spiritual things, and life in general You can read more about the author here.
Previous Post 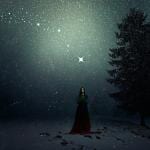 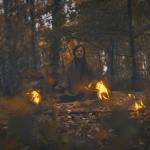