Have you ever taken the time to consider what you know about a talisman, charm or amulet? What they are and how one might be used in magickal practice? Are the terms confusing or tripping you up? I’ll be honest, I’ve not given the subject serious thought in a long time (even though I use all three as part of my magickal practice). However, when a newer Witch asked for clarification about these concepts in the 3 Pagans and a Cat Facebook group, I decided to take a closer look at this trio of magickal words.

Talisman and Amulet: Either or Both?

According to Dictionary.com, you can define these two words in a similar fashion or in relation to one another. For instance, “talisman” can be defined as “a stone, ring, or other object, engraved with figures or characters supposed to possess occult powers and worn as an amulet or charm.” However, “amulet” is described as “a small object worn to ward off evil, harm, or illness or to bring good fortune; protecting charm.”

Upon further research, I learned that “amulet” is the more common term for these items, while “talisman” may be used by some people to describe an “engraved amulet.” These objects can be natural or man-made. Inscribed or unadorned. The item may be worn as a piece of jewelry, carried in a bag or placed in an area.

For instance, horseshoes are nailed to barn doors to protect livestock or stored crops. Railroad spikes may be buried in the four corners of a person’s property to protect home or land. Quartz crystals or other kinds of stones can be placed around the inside or outside of a house for the same purpose. A person may carry a four-leaf clover for good fortune. Whatever the object is, the talisman or amulet will have inherent or imbued power for its intended purpose.

Talisman and Amulet: A Wee Bit of History

The use of talismans and amulets is ancient magick. In the Encylopedia Britannica, natural amulets or talismans made of stone, bone, plants, teeth and claws were found in Neanderthal graves. Hand-crafted items, such as the “Venus figures”, are said to be dated back as far as 25,000 BCE (Before Common Era). Ancient Egyptians were known to wear the Scarab beetle as it symbolized life and held the power “to become.”

However, ancient peoples weren’t the only ones to use amulets and talismans. For instance, in the Middle Ages, Christians used the relics of saints (among other things) as talismans. Medieval Jews had their amulets as well, prepared by their Rabbi’s. And to this day, people will wear their birthstone (good fortune/long life) or a religious symbol such as the cross or pentacle (protection). While not all people will view these as talismans or amulets, their inherent power remains in the collective unconscious.

Talisman and Amulet: Where Does “Charm” Fit In?

So, how does “charm” fit into all of this business with amulets and talismans? The “two” are mostly defined as objects, whereas the third tends to be an “action” when used in traditional context. Dictionary.com describes “charm” (verb) as “to act upon (someone or something) with or as with a compelling or magical force” or “to use charms.” Additionally, when you look for words which can mean “charm” (ie: a synonym) neither talisman nor amulet are suggested for use. What you do find are words such as “sorcery,” “spell” and “magic.”

In my view, that means a charm is applying intention to something. Therefore, if a person calls something they wear or carry a “charm” (in the magickal sense, not the mundane jewelry sense) then they are wearing or carrying (in essence) a “spell.” Additionally, a person can create their own “wearable spell” or use a charm to enhance an established talisman or amulet.

Let’s say a person has a tiger’s eye stone and wants to use it to promote courage within themselves. Roman soldiers used to wear this stone into battle to fortify their warrior spirit, so tiger’s eye has an inherent power and correspondence to this intention already. But, the person might want to “charm” the stone with specific intention for their needs. A person could call the item a “charm” because of the work done (or it’s a colloquial thing for them). Language changes over time, so if “charm” works to describe the object in question then use it. But from what I’ve read, a “charm” has more to do with the magickal working upon the object, rather than the name of the object itself.

For what it’s worth, I do not believe it’s necessary to get tied up in whether something is called a talisman, amulet or charm. It gets to the point of stressing/arguing over semantics and what’s the point in that? One person calls something an amulet. A friend calls the same thing a talisman or charm. C’est la vie. As long as the object is doing its job, the rest really doesn’t matter in the long run.

Knowledge is always good. Put some time and energy into studying talismans, amulets and charms so you have better understanding of the subject. In the end, all three of these words are used in people’s vocabulary to mean the same thing (official, technical, societal, whatever): a magickal object which is worn, carried or placed to work a particular intention. The only other thing I’d say is this — respect the origin, cultural history and use of established talismans and amulets (such as the “Evil Eye” as shown above). Otherwise, use talismans, amulets and charms to their best effect in your magickal working. And don’t sweat the terminology so much. 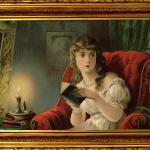 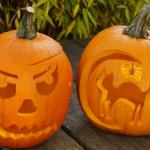 October 23, 2019 Pumpkin Magick: Mighty Jack-O-Lantern
Recent Comments
4 Comments | Leave a Comment
Browse Our Archives
get the latest updates from
3 Pagans and a Cat
and the Patheos
Pagan
Channel
POPULAR AT PATHEOS Pagan
1