From the start of the year, I’ve been asking these questions: Who is Hekate? Why do I feel drawn to devote myself to this Dark Goddess? Where will She lead me on my path as a Witch? Inspired by a recent article by Scarlett Magdalene (as well as the writings of Cyndi Brannen, Sorita D’Est), I’ve decided to share what I’ve been learning about this enigmatic deity.

One of the first things I’ve learned is Hekate is ancient, perhaps one of the oldest deities known. Her origins (as with many gods) has multiple possibilities, but the most common proclaim her the daughter of Perses/Perseus and Asteria. She may have been an older Thracian deity/titan.

She is linked to Zeus through helping the Greek gods in their war with the Gigantes, in which she killed Clytius (Hesiod’s Theogeny), although some myths claim Zeus to be her father through Demeter, Pheraea or Hera.  Additionally, it was Hekate in Homer’s Hymn to Demeter, who reunites Persephone and Demeter, and becomes a companion to Persephone. Needless to say, through this and other acts, she established her place in the Greek pantheon.

Hekate became a revered goddess in Greece, Italy, and spread to many parts of the known Roman empire. She became known as a shape-shifting triple goddess, a goddess of the underworld, earth, and sky. She is the wanderer of the night leading a horde of spirits, a goddess of liminal spaces, the moon, a protector of the marginalized, guardian of children, mistress, and queen of witchcraft. Her name (among others) appears on a lot of ancient curse tablets.

The above list is a small portion of what Hekate came to represent. People put Her statues at their doors. They would place meals at crossroads to honor Her once a month (and it fed the poor). Hekate also became associated with multiple deities including Selene, Artemis, Krateis and many more. While She may not be listed among the Twelve Olympians, Hekate held the devotion of people throughout the ancient world, much as She does today.

My first introduction to Hekate came through a description of Her as a Dark “Crone”, the third of the Maiden, Mother, Crone aspect. And, remains how many people understand Her today. The modern-day triple goddess was created by Robert Graves in The White Goddess. The “Crone” represents the wisdom of age, death, destruction, the final cycle of life, the underworld and is associated with the dark or waning moon, Autumn and Winter. Therefore, it is understandable people view Hekate from this framework. She is a goddess of witchcraft, the underworld, ghosts and spirits, the night, and crossroads. However, as I study Hekate’s mysteries, the “crone” aspect no longer makes sense. Which begs the question: Why a Crone?

When talking of Hekate, many people express discomfort at the idea of working with Her. Part of this may be remnants of Medieval cultural beliefs and depictions of “crones” or “hags” as frightening, and still color 21st-century perceptions to a degree. Some may view her as a Crone because it is now traditional to do so because of writers such as Aleister Crowley.

In Moonchild (1929), while describing the triple moon goddess, Crowley wrote –“and thirdly, she is Hekate, a thing altogether of Hell, barren, hideous and malicious, the queen of death and evil witchcraft … Hekate is the crone, the woman past all hope of motherhood, her soul black with envy and hatred of happier mortals.”

However, the ancient world depicted Hekate as a young woman, sometimes as a single entity and later in triple form as three identical young women standing back to back, holding symbols of Her mysteries –torch, key, serpent, cords, daggers, etc. Sometimes she had animal heads, as a shapeshifter. But anything which reflects the notion of a Crone? There is no historical evidence to support that representation, as far as I know. If Hekate as a Crone works for you, then that’s fine. For myself, the crone aspect does not resonate with what I’ve learned of Hekate or my interactions with Her.

HEKATE: Underworld Goddess, Queen of Witches and Much More

For me, Hekate is indeed Dark Mother. In her underworld cave, she illuminates paths to healing through shadow work. As a Witch Queen, She guides through the use of botanicals and magickal workings. Is she fierce? Alarming? Intimidating? Yes. She is also kind, merciful, generous and patient (although She will never suffer fools).

As I’ve walked the path with Hekate, the biggest lesson I’ve learned so far is to recognize my own sovereignty. She has brought me along the road of transformation, devotion, healing and expanding what it means for me to be a Witch. I’m glad to be on this journey and counted among Hekate’s Witches.

And there is so much more for me to learn about Hekate. Because while she may be a Dark Goddess, She is also a Mistress of land, sea, and sky. Hekate is Anima Mundi (World Soul), Soteira (Savior), Enodia (Guide). For me, devotion to Hekate brings with it emotional and spiritual balance which I’ve not experienced, which also aids in my witchcraft practice.

Hekate is a very popular goddess, these days. And I encourage you to do some research, learn more about Her. If you are anything like me, you will be surprised to learn how much you do not know. 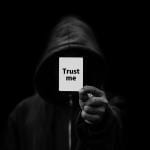 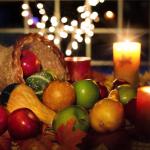 November 20, 2019 Thanksgiving: Why I Celebrate For My Mother
Recent Comments
0 | Leave a Comment
"Hello, my name is Medea. I am an Eclectic Witch and new here. This article ..."
Tracy Hill Using Baneful Magick: Cursing, Binding, Banishing
"One of the great things that our PRIDE festival did in this small, Mormon dominated ..."
rosewelsh44 Christian Nationalism Inspiring Protestors To Harrass ..."
"These MAGA pastors are already worshipping a demon, one who calls himself Jesus but is ..."
Barros Serrano Man Fancies Himself Witch-Finder General? Oh, ..."
"Most of us have long thought that some of the horrors of the past were ..."
Barros Serrano Man Fancies Himself Witch-Finder General? Oh, ..."
Browse Our Archives
Related posts from 3 Pagans and a Cat