Unpacking Hekate: Popular, Beloved, But Where To Start Honoring Her?

Why is Hekate so popular?

She’s is a very popular goddess. Undoubtedly her popularity is owed to her associations with witchcraft and the dead, but especially due to witchcraft. Among pagans and witches it’s not uncommon to hear her mentioned along with Selene and Artemis. All three goddesses are associated with the moon, which makes a great deal of sense if you want to work with lunar energies.

Thanks to so much pagan and occult interest in her, Hekate is extremely popular. It also helps her fame that Hekate featured in a Shakespearean play and is often name-dropped in pop culture including tv shows and fictional literature.

There are two online classes for Hekate and magical practices on her. One is over at Blackthorne School called Hail Hekate: Walking the Forked Path which I did a review on recently, and another run by Jason Miller called Sorcery of Hekate. For the latter, classes are starting December 2nd. I highly recommend them both.

While there are various parts of paganism that like to associate Hekate with the idea of the “crone” goddess, in ancient times she was viewed as a young maiden.

I’m not a fan of Maiden-Mother-Crone anyhow, but I suspect that I care way more about Hekate’s depictions than the goddess herself. My experience/impression of her is that it’s not a hill she’s gonna die on anytime soon. She would rather you get in there, get your hands dirty, and get to work. I’ve also found that she’s really kind and extremely helpful.

Honestly, I’ve found the whole “dark, foreboding” goddess that people sometimes claim she is to be overblown. She’s not light and fluffy by any means, but she’s also quite compassionate and caring.

Many modern day occultists, witches, Hellenists, and pagans in general typically do a Hekate supper on new/dark moons. This is a practice that was done in ancient times to honor her.

Deipnon just refers to the evening meal in Greek, so today it has been translated to mean “supper”. Eggs, garlic, leeks, onions, and/or incense was the classical offering made to her at a crossroads. I myself give her hard boiled eggs and incense at a monthly ritual during this time. Afterwards, I take the eggs out and leave them at a nearby crossroads. Since I literally live on one, it’s easy enough to do. Crossroads in ancient times was also your doorstep, so this is a possibility as well.

There are also more modern approaches such as prayer bead offerings, poetry, or lighting candles (or tealights if you can’t do fires) on a dedicated shrine to her. My own altar to the goddess has grown and keeps growing. This is especially because it’s also a working altar where I tend to do most of my magical work and practice. You can put pictures and/or statues on there too, or just put symbols on it that you associate with her.

She’s good for more than just witchcraft, too.

Hekate is a goddess of the crossroads and of the dead, particularly the restless dead. She’s a wonderful liminal goddess to honor in order to have anything to ancestor work and departed loved ones. Also anything having to do with working between the two worlds, that of the living and that of the dead.

She can be called on for protection in suspected hauntings, spirit work, purification, or for help against baneful magic.

Where can I read more about Hekate?

I highly recommend Theoi.com, which has a number of excellent articles on Hekate and many other Greek deities. There’s also Keeping Her Keys on Patheos, which blogs about her often.

I also keep a recommended reading list on Greek gods and religion in general, which also has a section on Hekate. It’s constantly being updated, so check back often. 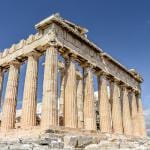 November 7, 2019
On The Xenia Declaration And Standing Together In Hellenism
Next Post 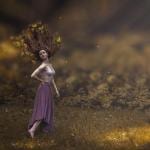 November 27, 2019 Polytheism In Action: How Does One Listen To The Gods?
Recent Comments
2 Comments | Leave a Comment
"Hmmm... Magic workings for this time of year? Thanksgiving rites, thanking the Earth and the ..."
Kyllein MacKellerann Magic During Samhain: What Types Of ..."
"With respect, age has nothing to do with energy. There are 20 year olds who ..."
Shantel Collins On Segregation In Pagan & Occult ..."
"I've long said that the best thing about Paganism is that it's individual, smiths work ..."
Virginia Fair Richards-Taylor Why I Absolutely Loathe And Despise ..."
"As a female Wiccan of +50 years I was surprised that there was a comment ..."
Fae Sidhe On Segregation In Pagan & Occult ..."
Browse Our Archives
Related posts from Tea Addicted Witch