On The Xenia Declaration And Standing Together In Hellenism

What is the Xenia Declaration?

The Xenia Declaration is basically the Hellenic equivalent of the Heathen’s Declaration 127. Its purpose is to create unity within the Hellenic polytheistic and pagan communities in order to speak out against bigotry and discrimination.

Like Declaration 127, both individuals as well as organizations, including groups online, can sign it and have their names on the site in support.

What sort of discrimination is it speaking out against?

We the undersigned resolve the following: In the spirit of xenia, all those who have differences from any one of us are welcome to honor the gods with us.

In the spirit of true xenia, all who act in guest-friendship are welcomed. We will not support, join, affiliate, or work with any and all groups as long as they have any discriminatory policies or practices, as such practices are not in accordance with the virtue of xenia.

Why do we need this?

Sadly, there are some Hellenic polytheistic groups people out there who employ discriminatory practices and policies. These problematic practices and policies are based on individuals being LGBTQIA+, of different racial or ethnic backgrounds, etc. Too often people use tradition and religion as a shield and excuse for bigotry.

Strict adherence to tradition, especially when cherry-picked, often leads to fundamentalism and folkish ideas. Living traditions must evolve with the times, or die.

For a long time, the best way to describe the Hellenic pagan and polytheistic community is actually “communities”. This is in true to the original spirit (at least in part) given that in ancient times we had Greek religions versus one universal religion. But we’re also painfully small in number, and it’s often hurt us. We’ve been very difficult to unite on the whole for a long time. Often times we splinter into different groups, factions, and ideas. Some just give up and do things offline or elsewhere. I can’t say that it’s not a big issue because it is.

I hope that this is a good starting point to uniting on common ground versus focusing on the differences which are ultimately unimportant from a big picture perspective.

Can someone sign the declaration who doesn’t necessarily consider themselves a Hellenist, but worships a Greek god?

Yes, they can. This is open to anyone who honors any or all of the Greek gods. It is not limited in scope to any particular flavor of Hellenism or practice. Examples include reconstructionism, revivalism, mystical or esoteric traditions, Wiccans who honor the Greek gods, etc.

Some have asked if Romans, Minoans, or Etruscan devotees can sign off. I personally feel that they’re related enough that if they feel the call to sign and support, they should do so. It is entirely their call however. If they want to make their own separate declaration, I would both encourage and support it. It would be added as a link on the Xenia Declaration site.

There are two links on the site. One link is for individuals, which lets you comment with your name and any other identifying information you want on the page. Once your comment is approved, your signature is official.

The second link is for both formal organizations as well as online groups on social media. This includes emailing lists, Facebook groups or pages, Discord servers, or any sort of relevant online group that wishes wish to go on record as supporting the Xenia Declaration.

Can groups and organizations link to the page in order to declare their support?

Most certainly! If nothing else to help spread the word of its existence so people know where we stand on the issues.

There is also a Facebook page for updates and information. 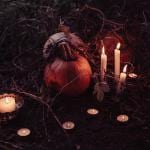 October 31, 2019
When Is Samhain? What Is Astrological Versus Astronomical Samhain?
Next Post 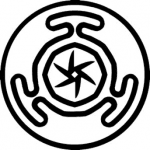 November 15, 2019 Unpacking Hekate: Popular, Beloved, But Where To Start Honoring Her?
Recent Comments
1 Comment | Leave a Comment
"Hmmm... Magic workings for this time of year? Thanksgiving rites, thanking the Earth and the ..."
Kyllein MacKellerann Magic During Samhain: What Types Of ..."
"With respect, age has nothing to do with energy. There are 20 year olds who ..."
Shantel Collins On Segregation In Pagan & Occult ..."
"I've long said that the best thing about Paganism is that it's individual, smiths work ..."
Virginia Fair Richards-Taylor Why I Absolutely Loathe And Despise ..."
"As a female Wiccan of +50 years I was surprised that there was a comment ..."
Fae Sidhe On Segregation In Pagan & Occult ..."
Browse Our Archives
Related posts from Tea Addicted Witch