Your Hellenism Is Not My Hellenism, And This Is Okay

At some point I posted to my personal blog a sarcastic parody of “Tainted Love” called “Tainted Greek (Polytheism)“. In this satirical piece sang the frustrations of people who are desperately seeking either a universal Greek religion, objective clarity agreed upon by a deciding body, or something that was “purely Greek”, and finding that none of these things can be found either in antiquity or in the modern era.

Given the amount of debates I’ve been in and/or witnessed since I came to Hellenism years ago about this very thing, finding an outlet in humor was better than once again engaging in heated discussions over the exact same things over and over again. Regardless of how you spin it, it’s just the facts: there was (and is) no such thing as a universal or mainstream Hellenic religion.

“How far we are justified in speaking simply of Greek religion is, of course, a question which arises even within the limits of the period defined: each tribe, each locality and each city has its own tenaciously defended tradition, general religious movements are then recorded, and finally religion itself enters a crisis with the rise of philosophy. Would it not be more correct to speak in the plural of Greek religions?”

This lack of universality has caused some to essentially ragequit the faith or essentially start their own tradition which loudly proclaims a vast series of “thou shalts” and “thou shalt nots”. This wouldn’t bother me (as well as others) if it weren’t for the fact that some try to spin this as the One True Hellenism(™). I personally find such things distasteful and against the spirit of Hellenism, and clearly demonstrate that people have not fully left the safety and assurance of most Western faiths which have concrete universal beliefs, traditions, calendars, etc in their corpus.

I am frustrated that they are frustrated, not because I feel that their feelings are either wrong or invalid but because our community is small enough as is and to protest our inherent diversity gives us additional challenges that we simply do not need. Beyond the notion of us all worshipping the Greek gods in our daily lives, it’s extremely challenging if not impossible to find much commonality among us.  Some of us have found people of like-minded philosophies, styles, and ideas and we’ve developed our own little mini communities online. Others have gathered in larger spaces and tried our best to see past the differences to embrace what we truly believe in. I believe in a healthy mixture of both being among those who practice as we do and engaging with those who have a vastly different practice is best, as living in a little selective Hellenic bubble isn’t good for anyone.

Coming together for mutual dialogue isn’t always easy. Emotions can run high, and what we consider to be important and/or sacred may not be the same as someone else. But I feel that it’s essential to attempt to gain a sense of understanding and mutual acceptance. We are not all going to practice or believe the same things, and that’s okay. What needs to be understood is that someone else’s differences of practice and/or opinion does not invalidate your own nor should it. If anything, we have a common antagonist in those who would seek to try and create what would be a very un-Hellenic version of the Vatican Rome for ourselves, if nothing else to protest the sheer arrogance of it.

Such a notion frankly threatens us all. There shouldn’t be any particular individual or individuals speaking on behalf of everyone in the community and deciding what is and what shouldn’t be. Of course, it’s also quite accurate to say that we’re a community of many communities, but that’s besides the point. Our strength lies in our diversity because it allows for many paths within us and ways people can reach out to the gods. I find this to be beautiful, especially in a complex modern world in which many of us come from vastly different regions, cultures, and originating philosophies.

The trick, as always, is to find ways in which those of us who believe in things such as “practicing magic is against (my version) of Hellenism” and those of us who are more in the camp of “practicing magic is a part of my Hellenism, and my religious practice and my magical practice are deeply intertwined” can both get together at the same table and not come to blows. Out of everything that has remained unchanged since the late 1990s and possibly sooner has been the very real fact that magic, mysticism, animal sacrifice, Neo-Platonism, and Greek philosophy have all been major hot buttons for our community. A good chunk of the problem is wanting a resolution via consensus when we clearly have no universal anything–never have, never will–and thus we will never get there.

Instead, we must look to how to better handle diversity among us and how to best approach our differences through beneficial interaction. It’s a huge paradigm shift, one that is desperately needed. Once Hellenists are able to realize this as the solution, they will be far better equipped to more fully understand the nature of our complex “religion of religions”, and maybe at that point the lack of university and purity of tradition won’t be so bad after all. 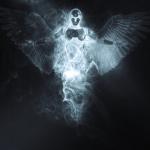 May 14, 2018
Personal Experience And Gnosis In Polytheistic Paganism
Next Post 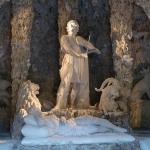 May 23, 2018 The Orphic Hymns Are Getting A Modern Facelift, And They're Incredible
Recent Comments
1 Comment | Leave a Comment
"Hmmm... Magic workings for this time of year? Thanksgiving rites, thanking the Earth and the ..."
Kyllein MacKellerann Magic During Samhain: What Types Of ..."
"With respect, age has nothing to do with energy. There are 20 year olds who ..."
Shantel Collins On Segregation In Pagan & Occult ..."
"I've long said that the best thing about Paganism is that it's individual, smiths work ..."
Virginia Fair Richards-Taylor Why I Absolutely Loathe And Despise ..."
"As a female Wiccan of +50 years I was surprised that there was a comment ..."
Fae Sidhe On Segregation In Pagan & Occult ..."
Browse Our Archives
Related posts from Tea Addicted Witch