The Orphic Hymns Are Getting A Modern Facelift, And They’re Incredible

The Orphic Hymns Are Getting A Modern Facelift, And They’re Incredible May 23, 2018 River Enodian

There is a new project underway which is retranslating the Orphic Hymns for better understanding and use by modern Greek polytheists. The translator, Sara Mastros, is currently working on each Orphic Hymn and has been posting samples to her Facebook page.

An explanation of the Orphic Hymns from the author:

The Orphic Hymns are some of the most beautiful and important sacred texts of classical antiquity.  They were, in their present form, probably written in what is now Western Turkey sometime between 200 BCE and 200 CE, although they undoubtedly arose out of an older oral tradition.  Many scholars believe they originated in ancient Pergamum (modern Bodrum) as part of the cult of the Great Earth Goddess, in her form as Demeter.  Recalling as they do ancient middle eastern myth, the hymns provide an important window into the religious traditions of the eastern Greek world, including several deities quite obscure in mainland Greece.  In particular, three hymns, those to Mise, Hipta, and Melinoe, were completely unattested to outside the hymns until their names were found inscribed on tombs excavated in Anatolia.

Modern day practitioners frequently use these hymns during ritual for festivals, prayer offerings, and any occasion where it moves one to provide a thorough invocation or paean to a particular deity. Sara Mastros is not the first to do this, but is among the very few who are doing this in a way that is both modern and geared towards current worshippers of the Greek gods.

Like any translator, I have made choices that put my own spin on the ancient work.  My point of view is that of a devotee and “insider” with these gods, whom I grew up with and have adored as long as I can remember.  However, I am not reconstructing old forms, I have kept the language and tone modern.  At this time, particularly with gods to whom I have a strong connection, I have been moved to write “inspired versions” of the hymns in addition to more literal ones.

Here is an example of a literal version vs an inspired version of the Hymn to Hermes.

I call the envoy of Zeus, the son of Queen May

Prophet of athletes who rejoices in fraud,

Rearing up lies, you’re the tricksters’ own god.

Selling ataraxia and get bliss-quick-schemes.

Comrade of the worker and those under the gun,

Pray for your initiates when our lifetimes end:

Boast about our work and our charismatic rhymes

Memorialize our memories for future lifetimes.

[1] The greek here is ἑρμηνεῦ, closely related to the English “hermeneutics”, and is wordplay on Hermes name.

I sing of High Hermes, beloved worker of wonder,

First Pleiades conceived while she dreamed of bright Thunder.

All-powerful game-master, lord of the dead,

killed peacock eyed Argos when you bored him to death,

rejoicing in racers and instructing pick-pockets,

Many named, many storied, clever and brave.

Many faced lord of the Corycian cave,

comrade of the worker, trimmer of travails,

Get ready to make merry for the immortal emcee:

Hermes drops thoughts that stop loss from the flow of Mnemosyne.

There is a Kickstarter underway to help fund the project, which you can read more about and/or pre-order at www.OrphicHymns.com. You can also find more translations and samples on the Facebook page. 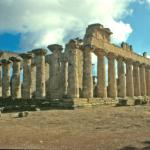 May 18, 2018
Your Hellenism Is Not My Hellenism, And This Is Okay
Next Post 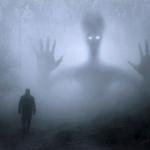 May 30, 2018 Practical Gnosis: How to Discern Experience vs Ego
Recent Comments
1 Comment | Leave a Comment
Browse Our Archives
get the latest from
Tea Addicted Witch
Sign up for our newsletter
POPULAR AT PATHEOS Pagan
1