The Swift-Footed God of Travelers: Why Hermes is Awesome and Why You Should Care

The Swift-Footed God of Travelers: Why Hermes is Awesome and Why You Should Care February 16, 2018 River Enodian

When this blog post goes live, I’ll be flying into London on my way to an occult conference in Glastonbury. While I will most certainly be blogging about that later, in the meantime I thought it would be most appropriate to discuss a particular deity.

Of course that deity is Hermes, god of travelers.

Hermes is one of my patron deities, and I’ve frequently described him as being extremely good to me. When asked for clarification on that, I’ve responded, “He has never turned down a reasonable request from me.”

The god is like that. Sure, he’s a trickster deity, but there are good reasons for that. Like a lot of tricksters, he deals in liminal spaces: the crossroads, in between worlds, guiding souls to the underworld in particular. Hermes is known as a psychopomp, an appropriate deity both for people who spend a lot of time doing astral travel and those who can communicate with the dead. It takes a good deal of cleverness to go back and forth between mortals and gods, the dead and the living, and from world to world. And cleverness is definitely a trait of the trickster.

But he doesn’t just guide mortals between the realms of the living and the dead; the god is also known as the angelos ton theon, or the messenger of the gods. For people looking to get their voices lifted and heard by the divine, Hermes is your god. It’s little wonder he’s so frequently associated with magic and magicians; the god is an intercessory between you and the other worlds, the other gods, and the dead.

Sure, Hermes is great for you in the spiritual world, but he’s even a god of commerce, wealth, and luck, and gambling too. If you need quick financial assistance to boost with your money magic efforts, he’s your god there too. I’ve given him offerings of dice and coins on his altar, and not surprisingly have often found money on the ground more times than not. I take them as little gifts from him, and I thank him every time.

I’ve turned to Hermes for quick assistance with any additional support and assistance for travel, money, luck, finding lost objects of great importance, gaining information, and communication in general. I say “additional support” because while Hermes is generous (and certainly has been extremely generous to me), there is an ancient saying: “Hermes will help you get your wagon unstuck, but only if you push on it.” He’s a god who helps those who helps themselves.

Other attributes of Hermes include his speed; he is described as being “swift-footed” with wings on his sandals. For that reason he is often associated with runners and other feats of athleticism.

Sacred to Hermes is the number four as he was said to have been born on the fourth day of the fourth month, tortoises, and strawberries. Typical offerings to him in ancient times included incense and honey. In addition he is said to be the inventor of sacrifices, and is mentioned along with Hestia in a Homeric Hymn as being aids to mortals. This comparison and pairing is one of many reasons why I believe Hestia to be a highly underrated and overlooked deity today, often to the detriment of truly understanding Hellenism.

Hermes is not dissimilar in that regard; he’s almost so well known that it’d be easy to overlook so many of his functions and importance, and greatly underestimate the impact that he has. Not just in Hellenism, but for anyone looking to connect to their own spiritual path in regards to reaching out to the Greek gods.

For myself personally, Hermes has had a lasting and important impact in my life. He has saved my butt on many occasions and produced many miracles for me during times of need. One of the things I am most grateful for is that he was there for me during the most difficult and trying time of my life. I could thank that deity with every breath for the rest of my life and it would never truly be enough. 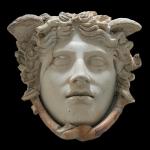 February 14, 2018
Magical Protection and Uncrossing Rituals: When You Need It, How To Do It
Next Post 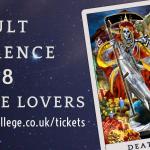 February 19, 2018 The Occult Conference 2018 "Death and the Lovers" - Day 1 of 2
Browse Our Archives
get the latest from
Tea Addicted Witch
Sign up for our newsletter
POPULAR AT PATHEOS Pagan
1

Why Do So Many of Us...
John Beckett
Related posts from Tea Addicted Witch