The Fires of Hestia: Celebrating the Hearth and Home

The Fires of Hestia: Celebrating the Hearth and Home January 27, 2018 River Enodian

Hestia, you who tend the holy house of the lord Apollo, the Far-shooter at goodly Pytho, with soft oil dripping ever from your locks, come now into this house, come, having one mind with Zeus the all-wise — draw near, and withal bestow grace upon my song. – Homeric Hymn #24 to Hestia

Those who are familiar with the Neo-Pagan Wheel of the Year know that the beginning of February is the traditional time of year for celebrating Imbolc, the festival celebrating hearth and home, the beginnings of spring, and the lengthening days. While this festival does indeed have its Celtic roots and background, some people have taken this idea of honoring hearth and home around this time of year and incorporated it into their modern Hellenic polytheistic practice. There is at least one initiatory Wiccan trad which honors the Greek gods and honors Hestia around this time of year as well, and I am a member of that tradition.

Hestia is the Greek goddess of hearth and home. Offerings to her were done both “first and last”, and some Hellenists have chosen to give her offerings first during the ritual and last during the after ritual meal as their interpretation of this custom. She is the goddess who presides over all of the sacrifices done for the gods and is in charge of preparing the family meal. The sacred fire of the altar was–and is–hers, and while there were few temples to her in antiquity, Hestia existed everywhere by assumption.

There were no sacrifices that did not include her, as the goddess is essentially the gateway to all of the gods via all sacrifices and sacred flames dedicated to them. This included all sacred fires: ones lit at personal altars and shrines, household hearths, and fires lit at the center of cities. It is not without irony that such an overlooked goddess in the modern polytheist world is actually one of the most important.

You can read more about Hestia at Theoi.com, and there is a wonderful anthology on her by Bibliotecha Alexandrina. 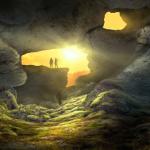 January 25, 2018
What To Look For In a Spiritual Or Magical Organization
Next Post 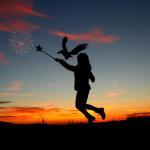 January 29, 2018 Banishing With Laughter: Not Sweating the Small Stuff
Recent Comments
2 Comments | Leave a Comment
"Hmmm... Magic workings for this time of year? Thanksgiving rites, thanking the Earth and the ..."
Kyllein MacKellerann Magic During Samhain: What Types Of ..."
"With respect, age has nothing to do with energy. There are 20 year olds who ..."
Shantel Collins On Segregation In Pagan & Occult ..."
"I've long said that the best thing about Paganism is that it's individual, smiths work ..."
Virginia Fair Richards-Taylor Why I Absolutely Loathe And Despise ..."
"As a female Wiccan of +50 years I was surprised that there was a comment ..."
Fae Sidhe On Segregation In Pagan & Occult ..."
Browse Our Archives
get the latest updates from
Tea Addicted Witch
and the Patheos
Pagan
Channel
POPULAR AT PATHEOS Pagan
1

Watch Hilda not Sabrina if You...
Dandelionlady
Related posts from Tea Addicted Witch