3 Pagans & A Cat: The Nothing I Know About Hekate

Last Wednesday, while reading various blogs on The Agora, I ran across an article about Hekate which popped up in the “Trending at Patheos Pagan” bottom section of the page. I’m an initiate of Hekate through the Keeping Her Keys tradition/framework, so when there’s an article or post with the goddess’s name attached, I read it. I’m still learning about Hekate so gleaning information from various sources is beneficial.

I do not have enough knowledge of Hekataen witchcraft history or Hekate herself to offer an opinion on a post, which caused quite a stir on social media, other than to say I did not find it helpful, insightful, nor did it assist me in understanding Hekate better. The post didn’t endear me to the author either. An individual who seemed to be taking potshots (directly or indirectly) at my teacher.

However, as a result of the firestorm raised by the author in regard to Hekate’s history, among other things addressed in the (oh, let’s call it what it was) rant, I’ve had the chance to read some great information through the response and rebuttal posts making the rounds.

If You Meet Hecate on the Road…Kill Her?  by Christopher Penczak

Not My Hekate: Reflections on Different Views by Cyndi Brannen

Here’s the thing. There’s a lot about Hekate I don’t know but I’m willing to learn.

Being “teachable” is an important skill to have if you practice the Craft. However, when it came to Hekate, for a long time, I believed I knew enough. Years ago, when I first began my journey, I had been drawn to those whom many consider to be Dark Goddesses. You know – Kali, Lilith, The Morrigan, Isis and Hekate to name a few. To me, they seemed fierce, powerful, protective and a divine feminine force who did not play around. They also seemed to scare people.

For me, Hekate was the Goddess of the Crossroads. A liminal deity who ushered you through from one spiritual journey to another or whom you would seek when wishing to conjure spirits. She was “the Crone” of the Triple goddess whom you could approach for aged wisdom. And She was the deity called upon in a spell to raise the dead in Practical Magic.

I never bothered to find out more about Hekate than that.

I invoked Her for a crossroads spell once but had no desire to do more than that because I cared too much about what other people would think and there were some in my life who were upset enough that I practiced witchcraft. They would have been freaked out if I’d honored a Dark Goddess on the regular.

What can I say? Christian indoctrination can be a tough thing to overcome. I’m still doing shadow work on that stuff. And as many listeners of the 3 Pagans and a Cat podcast know, up until recently I’ve considered myself to be a “secular” rather than “religious” Witch. However, I’ve now come to believe Hekate had been calling me to follow Her for about a year now.

While attending a public ritual where the Triple Goddess was invoked through religious performance art, I had an encounter with Hekate. It happened while we were being led through a guided meditation to a crossroads encounter with the Maiden, Mother and Crone.

During the meditation I had a vision of Hekate.

In my mind’s eye, I saw a beautiful woman with two black dogs on either side, standing at the darkened crossroads where I’d performed that spell invoking Hekate, asking for Her help, years prior. She looked at me with a snarky kind of “Remember me?” smile on her face. Recognition flowed through me. I’m sure a stupid smile must have appeared on my face. Tears formed under my closed eyelids. Hekate’s presence was so vivid and clear, Her energy so present that from that moment until the end of the ritual the whole thing felt as if I were there alone.

Even so, I’d forgotten about that experience with Hekate a year ago.

It’s like I’d buried how “real”, for lack of a better term, Her energy had felt to me until just now while writing this article about learning who She is beyond my previous expectations and thinking about how I’ve arrived at this place in my life. A place which has me, a formerly self-described “Secular Witch,” becoming an initiate of Modern Hekataen Witchcraft.

The whole thing is kind of wild, actually.

Circumstances brought an advance copy of a book called “Keeping Her Keys: Hekate’s Modern Witchcraft”to my attention around February/March. We reviewed the book for our podcast. The timing couldn’t have been more serendipitous as my thoughts had been wandering back to Hekate since a return to the event where the original ritual took place the year before. I was thrilled at the opportunity to read Cyndi Brennan’s book. My recent experience writing about another encounter with Hekate at a ritual I helped lead at the last minute has reminded me about last year’s ritual.

But let me go back and sum up.

There’s no way to know what the other participants of that ritual experienced.

Perhaps the presenter meant to invoke Hekate? Honestly, I’m not sure. No specific name had been uttered during the invocation. The point is the Goddess showed Herself to me that day. And when, at the conclusion of the ritual, I received a small token meant to be a message from the Goddess – a butterfly – the message felt personal.

I’ve learned in the past week or so that butterflies can be included in the list of modern animals associated with Hekate, which lands as verified personal gnosis rather than historical knowledge from mythology and I’m fine with it. Even so, the message got lost or perhaps the idea seemed too big because the butterfly token disappeared and the event was dismissed from my mind within the week.

Now, I believe receiving the butterfly token was the beginning of Hekate’s call to me, offering an opportunity to change my course at Her crossroads. To follow Hekate Enodia, wherever she might lead so that I may learn about Her many names and attributes and honor them. To find a devotional path where past spiritual wounding might find healing.

There is a lot I do not know about Hekate but I’m learning.

I’m learning that she is so much more than what I’ve perceived of Her in the past as only a Dark Goddess. Sure. That is one aspect of Hekate and I’m sure I will work with Her there but She has many more names and energies.

What I do know is that there is plenty of room on the path for us all. 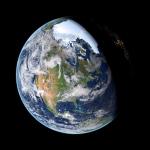 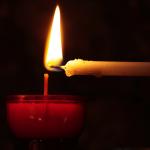 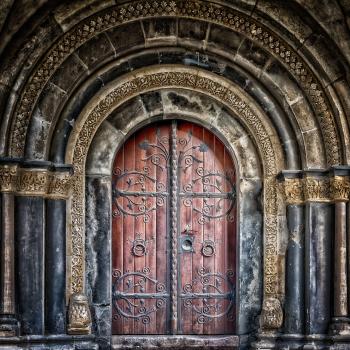 Pagan
Dance of the Maenad: What Are Inner Spaces...
Agora
TRENDING AT PATHEOS Pagan