Awaken: The Earth Needs Her Wise Ones

Awaken: The Earth Needs Her Wise Ones January 8, 2020 Gwyn

Last Summer, I heard several elders of the Pagan community give voice to a shared message. The refrain is echoing and gaining strength. Ancient deities are calling. The Earth Mother is reclaiming those who once worked within her sphere as priestesses and priests. The Wise Ones are awakening. Now, we must be about our business once more.

One of the voices speaking the message was Oberon Zell, an author, teacher, artist, and wizard. And whom through his sculpted masterpiece – the Millennial Gaia – has touched the world.

During a class I attended, Oberon shared with us the vision which brought forth this beautiful sculpture of the Earth Mother. Through combining a love of science and an esoteric vision experience, Oberon created a representation of the Earth as a physical “mother” form. Within Millennial Gaia’s intricate detail, there is a message so powerful Gaia speaks her mysteries to all those whom gaze upon her or hold the image in their hands. She is a physical representation of humanity’s intrinsic relationship within nature. A relationship which has been lost to many people through patriarchal dominionism. But which has been reviving through witchcraft, esoteric/spiritual paths and a longing for connection fulfilled.

Phyllis Curott  has returned to the Pagan community with a message of similar theme. She has been calling to all Witches, Wiccans, Druids, Heathens and Pagans to embrace the role once held by our ancient ancestors. Those whom I’m choosing to call the Wise Ones. She echoes John Beckett with his personal vision of a Pagan future, and they remind us we are all meant to take our talents, abilities and mysteries as Witches, Wiccans, Pagans, healers and leaders, not only within our spiritual communities but as part of the wider world.

Wise Ones: Heed the Call!

It has been said that humanity is at a crossroads. I believe this is true. In a recent Keeping Her Keys blog post, Cyndi Brannen has added her voice to the awakening call. She reminds that an understanding of “witchcraft as sacred” has been on the rise since Gerald Gardner introduced Wicca. We have been building toward this moment as ancient deities, such as Hekate, have been calling to those of us willing to embrace our truth, sovereignty and power.

The Earth does indeed need her Witches!

However, as Ode so fervently reminded in their Mind Your P’s and Q’s post, we also need to be mindful of those who would seek to silence our voices and push us back into the shadows. And we need to remember: “Turn your teeth on your enemies, not on your allies.”

Yes. We are experiencing an unprecedented amount of acceptance. Invitations to speak in pulpits, forums and interfaith events (several people I know have had the opportunity in recent months, including 3 Pagans and a Cat). We are living in a time of the goddess reclaimed, growth in the overall Pagan community (including Witches, Wiccans, Heathens, Druids, Satanists and Pagans of every tradition or type) and a voice through podcasts, blogs, books, groups and social media.

In short, witchcraft and Paganism are trending.

Which is why it is important that the Wise Ones act. And many are doing so with the platforms they have been given! Even so, there is a part for all of us to play in the awakening. Loud or quiet. Visible or in the broom closet. But we need to take who we are, what we believe and what we are doing in our own personal sphere and share it with the wider world.

Wise Ones: The Time to Act Is Short

As a Witch, bi-sexual and woman, I can only speak to my experience and the country in which I live. Ode and I have had many conversations about how our country has slid backward in the past four years. An authoritarian is in the highest office in our land. One who has empowered those of like-mind as a motivated base and I have serious concerns as to whether the election this year will redeem the situation.

Should the situation remain unchanged, freedoms gained for the Queer community could be compromised or reversed. Freedom of Choice for women will continue to erode into non-existance. Concentration camps will remain in operation on our borders. And so-called Christian values, as determined by the far right, will be pushed. Nationalism will strengthen.

Witchcraft and Paganism are popular right now. However, we must never forget that while we enjoy freedom of religion, there are United States federal laws (and laws in some states) which prohibit many of our practices. For instance, the sale of magical remedies, charms, hexes, potions, etc., if the person selling them claims the item(s) have any curative or substantial effect. Hence the reason sellers often include some kind of “entertainment purposes,” “craft supplies”, spiritual purposes” disclaimer for their protection.

In addition, anti-fraud laws can make divination or fortune-telling for money illegal under certain circumstances. And yes, there are charlatans for whom those laws are put in place. But for honest diviners, disclaimers providing fortunetelling services as “for entertainment only”, “spiritual counseling,” or by not charging a fee are also necessary to avoid potential legal issues. Even so, in some instances people could be charged with “practicing medicine without a license”, etc. My point is, those laws are on the books. Phyllis Curott has worked and assistedto gain legal and social advances for the witchcraft, Wiccan and Pagan communities. Even so, given the right conditions we could find ourselves losing ground if other factions prevail.

So, the time to act is now. Take advantage of the energy, the momentum and the work which is being set before us. But what can we do?

Wise Ones: Where Do We Begin?

Last summer, Phyllis Curott had these words of wisdom to offer in how we begin: …Humility is a good starting point. And so is activism – my call to action includes not only rediscovering the deep wisdom within our practices, but acting upon them – to act in accord. Pay attention to daily impacts of our choices and make better ones – recycle, buy used, reduce energy consumption and pick one element – air, fire (energy consumption), water, earth – find out what’s needed to heal, to protect, to sustain that part of the web (connection to Mother Earth) and get busy. You can join a local campaign, support a national or international organization and, always, one small step at a time, bring your life into alignment with the wisdom of Mother Earth. There’s so much to be done, so much to say but one small step everyday can make a world of difference.”

As Witches, Wiccans, Heathen, Druids and Pagans we share an understanding of our relationship within nature. Despite our many paths, traditions and beliefs, we pursue the mysteries and learn what it means to use our skills, talents, knowledge and power. We are the Wise Ones of this century. The Diviners and Truth Tellers, Healers, Priests and Priestesses. The Protectors. We are the Witches, Druids, Heathens, Shamans and Necromancers. Our allies are the spirits, elements, the trees and stones. Ours is the power to bind, banish, nurture or protect, and the responsiblity to make use of the time we have been given. What legacy will we leave for those who come after us? 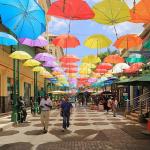 January 7, 2020
Mind Your Ps and Qs: Reclaiming Pagan and Queer
Next Post 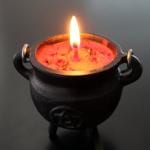 January 13, 2020 Becoming A Witch In A Week? Not Even Close.
Recent Comments
2 Comments | Leave a Comment
"I have done this on a few not so nice neighbors,never had an issue until ..."
Charmed79 Bad Neighbors Sometimes Require Baneful Intervention
"Much needed. Thank you."
artisteclectic Energy For Witchcraft When Your Personal ..."
"As I was taught, a Talisman is a generally charged object that has a single ..."
Kyllein MacKellerann " Talisman, Amulet, Charm. Oh My!
"Thank you, I think I needed to read this today."
Adawn B Even When You Don’t Feel It, ..."
Browse Our Archives
get the latest updates from
3 Pagans and a Cat
and the Patheos
Pagan
Channel
POPULAR AT PATHEOS Pagan
1