Green Earth Witchcraft: Who Is The Earth Deity?

In July, I wrote about my path that I’m calling Green Earth Witchcraft. A nature-based tradition that honors the Earth Deity (who is also known as the Earth Mother in my personal practice).

Since writing that post, many people have expressed an interest in learning more. With that in mind, my husband has created a website (greenearthwitchcraft.com), there’s a Facebook Page, and I’m working with my first group of students.

Well, Ode did ask if I felt called to be a priestess to a particular deity one day. The answer is “yes” and sooner than I realized. With that in mind, I thought I’d share more about the Earth Deity.

In many of my posts, I refer to the Earth Mother. However, when talking about the creation of a witchcraft tradition Ode, Car, and I discussed whether I want this tradition to be goddess oriented or inclusive/non-binary. In our podcast, my family and I have made it clear we want to be welcoming to all genders. The same is true within the Green Earth Witchcraft Tradition.

Therefore, I’m using more inclusive language, such as Earth Deity, in public writings, online rituals, within G.E.W’s (isn’t that a terrible acronym!) newly forming online coven, et al. I’ll write more on that in other posts. For now, I want to explain a little more about UPG (unverified personal gnosis), polytheism, and animism.

UPG “signifies that the information in question is based only on a personal revelation and not on broadly-accepted historical fact or verified documentation.” The Earth Deity as I understand them comes mostly from my own UPG. There is some information based on primordial archetypes but the majority of what I teach/share is from my own experience.

When considering polytheism, the broad definition is belief/worship of more than one deity, usually grouped into pantheons. Check out my post How Do You Work With Multiple Goddesses for more detailed info. While the Earth Deity is the focus of Green Earth Witchcraft, other deities are also honored (primarily the Moon and Sun). Additionally, I still honor and work with Hekate, Frigga, Brighid, the Cailleach, and Cernunnos in personal practice.

Finally, animism is “the belief that natural objects, natural phenomena, and the universe itself possess souls.” This definition has come to fit my solitary practice and now Green Earth Witchcraft. The Elements, plants, stones, and nature/celestial based beings have a place as spirit allies in Green Earth Witchcraft.

“Therefore, we may consequently state that: this world is indeed a living being endowed with a soul and intelligence … a single visible living entity containing all other living entities, which by their nature are all related.” — Plato

The Anima Mundi is a concept of “the world soul” first used by Greek philosophers, expounded on by Plato, rejected by Aristotle, and sort of used in 1st century Christian teaching to try to explain the Holy Spirit. The Chaldean Oracles (2nd-3rd centuries c.e.) regards Hekate as the Cosmic World Soul. The history of the term is complicated, so I recommend reading this article from Encyclopedia.com as well.

The Anima Mundi is defined as “an intrinsic connection between all living things on the planet…” For me, the Earth Deity best embodies the most basic understanding of that role for the planet as they are a primordial being.

The Earth is a primordial being because of its origin, forming billions of years ago from swirling gas, shaped from gravity, heat, and cosmic dust. Through the vast expanse of time and the processes of evolution, the planet grew, and life began to form.

In my view, an additional mystery is that the “being” of the planet evolved, as did the spirits, souls, entities (or however you choose to define them) within the plants, creatures, elements, and very stones of the Earth. “Nature” (both mundane and preternatural) with all its various beings, including humanity, took form as physical and spiritual identities.

Our ancient ancestors seemed to have felt the connection deeply. Understanding their place within “the world” and in relation to it. They understood the “spirit” of it. The spirits within and around the ground upon which the walked. They developed a relationship with all of nature.

“Earth” is personified through various pantheons as goddesses, gods, with authority over different aspects of nature — times, elements, seasons, etc. Multiple cultures still recognize the spiritual nature of the planet. For me, the planet connects all things that exist upon, below, or within its sphere through energetic, spiritual, emotional, physical, and magical means. Therefore, the Earth Deity is Anima Mundi within Green Earth Witchcraft.

Is The Earth Deity Calling You? Reach out!

One thing I have noticed in the weeks since writing my first post about Green Earth Witchcraft and the Earth Deity is the concept resonates with a lot of people. For myself, this is an intuitive path and relationship I have been following for longer than I recognized. If you feel the Earth Deity (as explained above) is calling to you then I recommend reaching out.

You can be inside or out, in the city or country. If sitting still isn’t useful go for a walk. Take time to ground and center to the Earth. Close your eyes. Plant your feet firmly into the floor or ground, spread your toes (unless you are walking, then keep a steady, confident pace and keep your eyes open, be aware of surroundings).

Breathe deeply a few times, filling your lungs with air, holding, and then releasing. As your body relaxes with each breath, focus on letting tension flow down your body and out through the soles of your feet to dissipate and disperse.

When you are ready, allow energy tendrils from the bottom of your feet to reach deep below the planet’s surface. Seek out that sense of foundation, steadiness. Once you feel rooted, allow your spirit to reach out. You may feel the spirits of grass, trees, rocks, a “Genius Loci“, the carpet, the timber or concrete of your floor. Greet them. They are your spirit allies.

Then move deeper. Call to the Earth Deity. Tell them you wish to honor them. Know them. And wait for a response. You may “sense” rather than “hear” (that’s been my experience): Ancientness. Acknowledgment. Acceptance. Peace. Chaotic Energy. Thrumming Power. Connection to “nature.”

Once you have spent time with them, thank the Earth Deity and then draw your energy (releasing any excess) back from the planet. You can decide how to move forward from there. 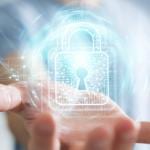 August 28, 2020 Movies Do Not Teach Best Practices In Spiritual Protection
Recent Comments
0 | Leave a Comment
Browse Our Archives
Related posts from 3 Pagans and a Cat