Woman Fired From Panera For Being Pagan!

While perusing a friend’s social media feed I noticed a headline reading, “Pagan Woman Sues Pleasant Hills Panera Over Religious Discrimination.” Well, I thought, that is curious. So I read the story. And then I did a Google search and found more stories about this woman’s lawsuit. And that got me thinking about how TikTok Witches are experiencing targeted discrimination.

Naturally, my next thought went to a conversation in the 3 Pagans and a Cat Facebook Group regarding Etsy’s deletion of anything smacking of witchcraft or the Square app’s removal of Pagan or Witchcraft-related businesses for selling occult items. Paganism and Witchcraft remain on the rise in America. Seems like some folks are not too happy about it.

In the news reports, (and a post by The Friendly Athiest — Hement Mehta), Tammy McCoy began working as a baker for Panera Bread in October 2019. Presumably, she had good reviews, experienced no problems, and never asked for special consideration. Indeed, according to Ms. McCoy, she never discussed her religion with colleagues while at work considering it to be a private matter.

Here is a snippet from the Trib Live article by Paula Reed Ward, based on the court filing:

“On May 29, while McCoy was outside taking a break, according to the complaint, assistant general manager Kerri Ann Show said she was Christian and then asked McCoy, “what religion are you?”

McCoy, who was surprised by the question but answered because Show was her supervisor, responded, “I’m Pagan,” the lawsuit said.

“Show made a face and immediately said, ‘You’re going to hell,’ ” the lawsuit said.

The general manager, Lori Dubs, who was standing nearby, “vigorously nodded her head in agreement, her facial expression indicating that she was upset with the plaintiff’s disclosure,” the lawsuit said.

McCoy did not want to argue with her supervisors, the complaint continued, and instead, said, “OK,” and walked away.”

“Your hours are being cut until you find God.”

From there, the situation escalated. They cut McCoy’s work schedule. When asked, Show made it clear the reason revolved around McCoy’s religious preferences. According to the lawsuit, she continued to lose hours at work in various ways. Additionally, Show and Dubs made the environment hostile by saying things such as her “religion is false”, she “needs to believe in God”, and they were “praying for her.”

Ironic, that last one.

Finally, McCoy tried to take the matter up the chain to the District Manager, who ignored her complaint. When she attempted to contact Human Resources at the parent company, McCoy never heard back. Then the District Manager told McCoy (after taunting her about trying to call the higher-ups), to resign. Both McCoy and her husband (who also worked at the Pleasent Hills, Pennsylvania location) were terminated.

As we have all seen, there are plenty of people who are willing to bully, coerce, or threaten those who do not line up with their particular version of “rightness.” This includes minority groups, the LGBTQ community, and minority religious groups. But when it comes to Pagans, Witches, Heathens, Druids, etc., well, there is a reason why many remain in the “broom closet.” The above situation of losing a job because of Christian bigotry is one of those reasons.

But freedom of religion and stuff…

I’ve said before that this is a great time to be a Witch. There are resources available from beginning to advanced thanks to social media, YouTube, and publishing companies. Our podcast is one of many to choose from discussing witchcraft and Pagan topics. We even have some celebrities among our ranks. Many of us live in places where we can wear our pentacles or “Hex the Patriarchy” t-shirts without a problem.

Paganism is growing in North America. And that is an awesome thing! But we should never grow complacent or forget that while Christianity is on the decline, its influence remains. There are many places in this country where you keep your witchcraft orpaganism to yourself because it is in the “Bible Belt” or some other “Bastian of the faith.”

As Pagans, Witches, Heathen, Druids, et al., we are enjoying a time of unprecedented freedom of religious expression but never forget these liberties can be fleeting. Regardless of how our numbers grow, we remain outnumbered and our communities on the fringe.

Companies such as Etsy and Square that facilitate small business are making it harder for Pagans and Witches to operate. Why? I can only speculate. But Square, eBay, or Etsy have put restrictions on “occult” items being sold on their platforms. They claim to be protecting the public from scams (illegal activity). Some of these companies say it saves themselves from financial liability when customers complain about “the results” and want the money back.

But to add “occult items or services” to a list that includes hate speech and racism? The inclusion smacks of days not so long ago when the practice of witchcraft, mediumship, and divination was illegal. This is why “for entertainment purposes only” is added to descriptions for readings, crystals, or other items. However, this no longer seems to be enough.

Here is my concern.

If more companies put “occult services and items” into their terms and services as prohibited then what comes next? Straight up zero tolerance for Pagan or Witchcraft sellers? Will these small business owners be able to continue selling online at all? Or will they be relegated to festivals, farmer’s markets, and street fairs? What if those permits start being refused?

All of us who promote pagan or witchcraft-related content (blogs, books, videos, podcasts, products, services) or other “occult” topics know these services, activities, and items are tied to who we are as individuals, our practices, and spiritual beliefs. If it becomes the norm to “delete” our shops and videos (as on TikTok) then what? It’s a pretty effective way of stifling our voice and ability to operate within the marketplace if it continues.

Neighborhood Christians already make concerted efforts to close metaphysical shops when they open in retail locations. They have “protested” our festivals (when we could all still have public gatherings). Just makes me wonder how far emboldened people will push their agenda of “Christians only.” All one has to do is remember the previous administration, the fact half the country supported that mess, and how some people who believe “masks violate my freedom” have lashed out to get an idea.

I’m planning on lighting a spell candle on Tammy McCoy’s behalf for the successful outcome of her lawsuit. May the parent company, Panera Bread, Kerri Ann Show, Lori Dubs, and the District Manager be held accountable for their discriminatory actions. May Tammy McCoy be awarded full compensation for any emotional and financial injury caused by people and events leading up to her unjust treatment and firing.

And while I do not know if it will help, I will no longer support a restaurant chain that ignores its employees when they are trying to report religious persecution and harassment. They fired Tammy McCoy for being a Pagan. Straight up. So, no more Panera Bread for me. I stand in solidarity with my fellow Pagan. She should be able to do her job (where she kept her beliefs to herself) without being bullied by a Christian tag-team in positions of authority over her.

You know, we value our freedoms in this country. Religion is one of them. May we never allow this kind of persecution to go unchallenged.

In this article, I cited Etsy as having a policy that includes shutting down Witch/Pagan/Occult stores. A reader let me know this is a past problem. Digging deeper I discovered the issue is from 2015. Resolution seems to have been found (which makes me happy as I support a lot of Etsy shops and purchase things there). 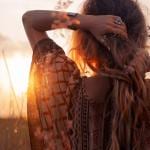 March 22, 2021
Hekate Grooves With My Inner Green Hippie
Next Post 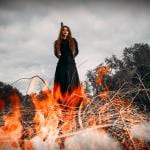 March 27, 2021 MI GOP Weiser Uses "Witch-Burning" Threat Against Dems
Recent Comments
0 | Leave a Comment
"Hello, my name is Medea. I am an Eclectic Witch and new here. This article ..."
Tracy Hill Using Baneful Magick: Cursing, Binding, Banishing
"One of the great things that our PRIDE festival did in this small, Mormon dominated ..."
rosewelsh44 Christian Nationalism Inspiring Protestors To Harrass ..."
"These MAGA pastors are already worshipping a demon, one who calls himself Jesus but is ..."
Barros Serrano Man Fancies Himself Witch-Finder General? Oh, ..."
"Most of us have long thought that some of the horrors of the past were ..."
Barros Serrano Man Fancies Himself Witch-Finder General? Oh, ..."
Browse Our Archives
Related posts from 3 Pagans and a Cat