There are people who hold a certain image in their mind when they think of a Witch, and let me tell you “Hippie” isn’t the first one. You can see the moment they picture it — a dark, hooded figure getting about to all sorts of mischief. Mention Hekate, and the scrutiny seems to intensify. It’s like they are looking for the scary bits you might be hiding in your pockets.

Why? Well, to some people Hekate is synonymous with “dark and spooky.” Fair enough. She is a Goddess of the Underworld, Goddess of the Crossroads, Guide Between the Worlds, a Goddess of Magick, a Queen of Witches, etc. Some of her ancient epithets include “Terrifying” and “Mistress of Corpses.” So, the immediate gut reaction of wariness is understandable. Hekate has a reputation.

Then, there are the pop-culture standards. The presumed dress code for the average witch seems to follow after The Chilling Adventures of Sabrina, American Horror Story: Coven, or The Craft. Lots and lots of black clothing mixed with a goth subculture vibe. Why? Because this image draws upon the iconic picture of a witch, even from long ago, as a person seeking occult mysteries and practicing spellcraft as “sinister.”

And I get it. There is an aesthetic ascribed to particular looks that can make one feel powerful and mysterious. But for me, even when dressing in black and wearing a pentacle, my inner hippie still manages to shine through. I suspect it’s because the core of who I am will always be centered in witchcraft that finds its essence in nature-based magick. But here’s the thing. You find Hekate there too.

Hekate Has A Green Groove

Last year, Ode and I recorded an episode for 3 Pagans and a Cat on Working with Dark Deities. One of the points Ode made is that in recent years interest in dark goddesses such as Hekate has grown. One could say exponentially. Part of the interest in these deities seems to include (for some) a desire to be “edgy.” My understanding is it has also led to misinformation/misunderstanding about her as well.

This is kind of funny when you consider how worship of her was rather mainstream in ancient Greece. People looked to Hekate for protection, guidance, healing, safety in childbearing, and many other things. She has over a hundred epithets and sure while some of them are intense (even frightening — corrupter, blood-drinking, flesh-eater) Hekate was also called savior, nursemaid of children, keeper of the keys, and “of the earth”.

Being devoted to Hekate, seeking her as a goddess of witchcraft, meditating in her underworld cave, or seeking Hekate’s aid as a psychopomp has at times lent itself to a “dark” aesthetic in some of my rituals. And yes, there are poisonous plants associated with her including belladonna, mandrake, and hemlock –all of which need to be handled with extreme care.

But garlic, lavender, willow, dandelion, and mint are associated with Hekate as well. In the Chaldean Oracles, she is nature personified. For me, to work with Hekate means accepting the ability to hex and heal in equal measure. Hekate may be my “Dark Mother” but she provides illumination and growth to my path as one of her witches.

Over the years, I’ve come to realize my path has always been as a Green Witch who honors the Earth–Deity and planet. And when I began to learn Hekataen Witchcraft, for a time I believed the two paths had to be mutually exclusive. Even so, that didn’t feel right to me.

Through time and study about Hekate and what it means to be a Hekataen Witch, I came to realize that for me there need be no distinction between the two paths. You could even call me a “Hekataen Green Earth Witch if you want to get technical. And verbose.

Recently, someone asked me how it worked, being devoted to Hekate and another diety at the same time. As a hard polytheist, in my view, all deities are individual and equal. This includes the Earth Deity, which is my UPG (unverified personal gnosis).

Hekate has never been a jealous goddess. In my devotion to or workings with her, she never has a problem with other deities being called into sacred space with her. Historically, she has been paired or combined with multiple deities as a triple goddess or as a psychopomp. So, not an issue as far as I’m concerned. And I make sure they have their individual altars.

The Earth Deity and Hekate are both ancient and primordial. And for me, they are both anima mundi. World Soul and Cosmic World Soul. Hekate is also called Physis (nature), the Earth Deity is the source from which nature derives and thrives, so for me, there is no difficulty in working with them in tandem or as individuals in my nature-based witchcraft practice. I’m devoted to both and for me, they both have influence throughout the entire cycle of life, death, rebirth, etc.

Hekate Has Many Areas Of Influence

When it comes to Hekate, some people want to pigeon-hole the goddess. She can only be a goddess of ghosts, witches, the underworld. She can only be a crone. But in reality, Hekate is a very ancient, complex deity. Her influence is expansive and it is a mistake to only see her as one thing or put her in a box. And for me, one of those influences is centered on nature, working with plants, caring for the planet, etc.

But I also work with Hekate as a psychopomp who guides the dead, who facilitates communication with them through spirit work or divination. Hekate is the one who offers protection when undesired spirits find their way into my space. She is the one I go to when an ill person requires heavy-duty healing magick on their behalf. Hekate is a goddess who works on behalf of the marginalized when sought. And she is one who can help to heal the inner self as a guide through shadow work.

It comes down to one’s experience.

Personally, I have never known Hekate as a Crone. The few times I have seen her face during meditation, she is a young woman accompanied by black hounds or is wearing a cloak that obscures her face. And while her presence can seem intimidating, Hekate is who she is.

She responds, protects, and guides all those who reach out to her (although not always as anticipated). In my experience, she can be intense but has always been loving, giving, and patient.

Hekate has helped me to grow. She’s given me the keys to overcoming anxiety induced by my former religious beliefs. She has helped me understand the nature-based roots of my magick as a Witch. With her torches, she illuminates my path, helps me understand what it means to be a sovereign soul and autonomous being. Hekate grooves with my inner hippie, she loves a garden and does suffer fools (for a little while, at least).

If you are drawn to Hekate (to work with or be devoted to her) then I encourage you to look past some of the information that makes her appear unapproachable or a dark deity alone. Do some reading about her ancient past, read the descriptions of her names and realize that her complexity is what makes her beautiful. Then clean up, get some offerings together, and introduce yourself to her with respect, honoring Hekate as befits her status as a Queen of Witches. Ask Hekate to reveal herself outside your expectations. Then, embrace the journey with her as it will be well worth the effort. 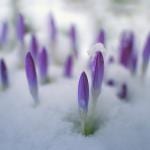 March 12, 2021
Celebrating Spring Flowers While Taking A Walk
Next Post 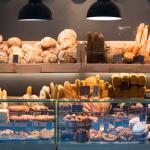 March 26, 2021 Woman Fired From Panera For Being Pagan!
Recent Comments
0 | Leave a Comment
"Homeopathic junk certainly does make miney; my local pharmacy certainly isn't giving away for free!"
420 Troll Becoming A Witch In A Week? ..."
"Lol. The fact that you used "allopathic" non ironicly tells me you're a quack. That's ..."
420 Troll Becoming A Witch In A Week? ..."
"Thee has hit it on the head, friend. The magic of Christmas that made it ..."
Khalila RedBIrd Remembering The Magick of Santa Claus
"I have done this on a few not so nice neighbors,never had an issue until ..."
Charmed79 Bad Neighbors Sometimes Require Baneful Intervention
Browse Our Archives
get the latest updates from
3 Pagans and a Cat
and the Patheos
Pagan
Channel
POPULAR AT PATHEOS Pagan
1