What does a Portal to Ascension mean to you? It may go beyond the five senses and may mean different things to many people. It can conjure images of holes and vortexes in the heavens leading to an ethereal tunnel through which souls travel to “the other side.” 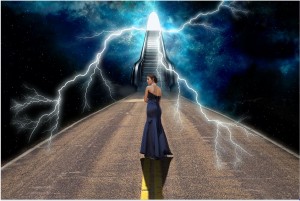 What if the portal to ascension were a door through which the mind could travel back to the future to explore other-worldly thoughts and ideas in the  light continuum that help us.

Imagine exploring pioneer cutting edge information from globally renowned leaders on all matters of consciousness topics to help our successful integration into the cosmic neighborhood. This idea is made reality through an integrated multi-media platform like this internet TV show, webinars  and online live events. 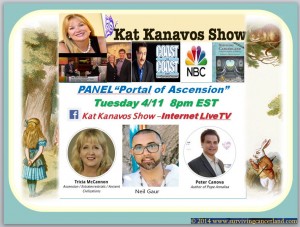 Our LIVE guests on the Kat Kanavos Show are presenters for an International online consciousness expanding event designed to empower and increase awareness for all of humanity so we may collectively shift into a paradigm based on unity, transparency and truth. And they are here to share some of their expertise with you.

The Show is LIVE so some questions answered here were asked by our chat audience. 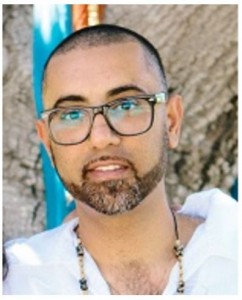 Neil Gaur is the creator of www.FullDisclosureSummit.com online Webinars and Conscious Events worldwide. He acts as the MC (master of ceremonies) and presents on the subject of True World History that covers prehistory up to now. He also speaks on sound and frequency and its connections to ancient civilizations.

“I focus on instruments that we used past and present for healing and alignment that were lost but now are found, like chanting to heal our chakras and organs. I’m focused on rediscovering this information.” 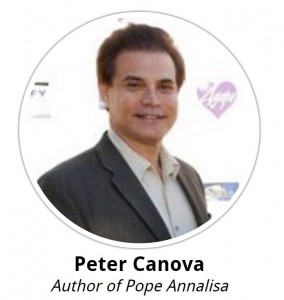 Peter Canova is the author of the novel Pope Annalisa with strong interests in Quantum Physics. He melds ancient spiritual wisdom with quantum physics to explain the creation of the universe and the origin of life.

“Ancient spiritual wisdom foreshadowed our most advanced theories of psychology and quantum physics in very explicit ways. I call the merging of subjective intuition and objective science the QSI- Quantum Spiritual Intersection.” 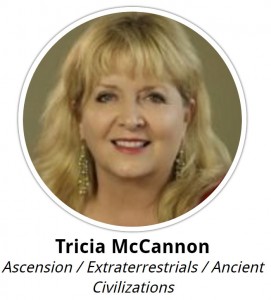 Tricia McCannon is an author and an expert in Ancient Civilizations.

“We are rediscovering how roads and pyramids were built by means we still don’t even understand. Scientists are still scratching their heads while saying,’ We can’t do that today-how did they do that back then? With Quantum Physics the spiritual masters have told us the three present aspects of the Divine are Love, Sound and Light. Love is the ‘glueon’ that hold everything together. Sound is the ‘phonon’ that heals through vibration and Light is the ‘photon’ which carries energy.

This is a time in history where the scientific future is catching up with the past to uncover truths that were celebrated by ancient civilizations but hidden behind the veil of time from modern man. The veil is opening and the sights are astounding.” 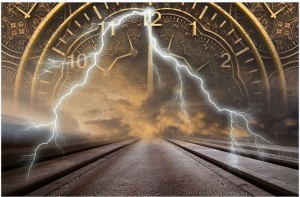 When I asked Neil what true world history meant compared to fake world history he explained it as history that often differs from history taught in history books in that it is updated with current findings and facts. 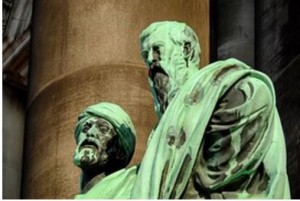 Tricia cites the Edgar Cayce predictions that the ancient city of Atlantis (taught in my history classes as folklore or mythology) will begin to rise in 1968 and 1969 off the coast of the island of Bimini in the Bahamas.

As an avid scuba diver I dove the colossal Ancient stone formation submerged about twenty feet beneath the crystal blue waters of the Atlantic Ocean, and supposedly home to the lost city of Atlantis. The mysterious path rises out of the ocean floor’s white sands and then disappears once again beneath the sand, much like a snake exiting one hole in the ground and then burrowing back into another hole. Which is the head? Which is the tail?

The ocean despises waste. One creature’s trash is another’s treasure. 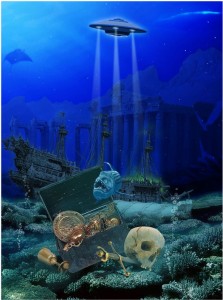 Water has a way of turning anything submerged into a home for something. In the warm waters off Bimini a flat stone becomes a nursery for baby jellyfish. A pile of rocks or old car tires become a haven for lobsters. A “retired” sunken ship considered less than scrap metal becomes luxury condominiums for a variety of sea dwelling occupants.

Yet, here I notice there are no surrounding coral heads, no large schools of tropical fish or other forms of plant life near this mystical road.

Why is the Bimini Road a desolate desert on the shallow ocean floor?

Undulating life-giving sunlight plays off a life-less white stone road that appears to come from nowhere and go back to nowhere. How bizarre! 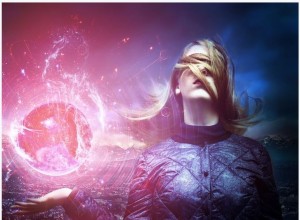 During the interview Tricia tells the audience of the predictions the sleeping profit Edgar Cayce made concerning how Atlantis will begin to rise in 1968 and 1969 off the coast of Bimini. According to AncientOrigens.net, in 1968, sub-sea archaeologist Joseph Mason Valentine and his diving party encountered the ‘paved’ road, now called the Bimini Road or Bimini Wall. There have since been discoveries of two additional linear features laying nearly parallel to the enigmatic path.

The Sci Fi Channel did an investigation and documentary on the underwater formation in 2006. A team of researchers dived at Bimini Bay, and reported discovering “an entire second layer of square-cut rocks with similar dimensions beneath the stones.” This suggested to the researchers that the ‘road’ may have been part of a larger wall or water dock.

Skeptics dismiss the connection between the Edgar Cayce, Bimini Road and Atlantis. Consensus among conventional geologists who drilled core samples of the Bimini rocks is that “it’s a natural phenomenon.” They explain that the beach-rock has been weathered by erosion. 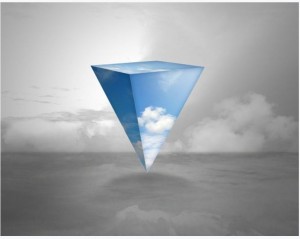 I saw the city-block long area of 20’ X 30’ foot stones lying side by side whose edges were cut with perfect precision at a 45 degree angle. If you tried very hard you may be able to fit your credit card between the stones. Like the yellow slickered fisherman on the TV commercial for fresh fish verses square fish-sticks said while holding up the square, “That ain’t natural!”

I came away from the interview with same feeling I felt after finding the Bimini Road. What we thought was Mythology is resurfacing as Reality.

“I must learn more!”

To learn and hear more join Neil, Tricia, and Peter on the webinar @www.PortalToAssension.org

All pictures of guests and show poster are used with permission by guests and host.

April 19, 2017
UFOs: Aliens or Visitations by Self from Parallel Universes?
Next Post

April 24, 2017 Remembering Robin Williams: 5 Life-Lessons for YOU
Recent Comments
0 | Leave a Comment
Browse Our Archives
get the latest from
Above and Beyond the 5 Senses
Sign up for our newsletter
POPULAR AT PATHEOS New Visions
1