On Catholicism & Atheism…My Dogma & Yours

Earlier this evening I happened upon CNN’s home web page where I encountered an engaging feature, Famous Atheists & Their Beliefs. Intrigued, I was drawn into the fashionable and attractive head shots and statements of actors and actresses, scientists and intellectuals, musicians and composers who had declared their creed (or refutation of a Creed) of Atheism. From many, they had become one. And CNN was happy to tell their stories.

And so, the stories would unfold. One atheist musician declared, “What religion says to you, essentially, is that you’re not in control.” A well-dressed, talented and disciplined actress emphasized,“I suppose you can call me a libertarian anarchist. I regard religion with fear and suspicion…I actually regard the system as distressing.” A cartoonist sniffed, “There have to be people who are vocal about the advancement of knowledge over faith.” But in reading about these various people of diverse talents and charisma, I couldn’t help thinking about something in my Faith that many of these people have objected to: Tradition, Doctrine and Dogma.

Before I became Catholic (I was Lutheran in my formative years), I regarded the terms Tradition, Doctrine and Dogma with some suspicion. The Gospels told the story of Christ, the Old Testament recalled God’s loving walk with man in anticipation of the coming of Christ, the New Testament Acts and Letters reflected on the meaning of Christ in our lives and Revelation foretold the days to come. This was enough for me. With good sermons, reflective books, prayer and Christian living, there was need for little else. Especially Tradition. Especially Doctrine and Dogma.

But these words – these notions – were hard to avoid. They kept coming up again and again. Tradition, Doctrine, Dogma.  I couldn’t help it. These terms gave me visions of row upon row of dusty stacks tediously attended to by harsh pedantic priests looking for ways to catch or condemn fallen man when he upset the least jot or tittle of the Law. These words smacked of elitism and aristocracy. They made me think of draconian Pharisees serving a harsh, vengeful God.

I think a lot of people on CNN’s list may know what I am talking about. And they may, in fact, have agreed with me by recoiling to Tradition, Doctrine and Dogma and pushing God completely out of their lives. Perhaps they could be more in control, less distressed and revere knowledge over faith. Perhaps.

And perhaps I could have gone that route. Perhaps. But I didn’t.

As I grew older, courted my wife and attended the Catholic Church more often, I began to comprehend what is meant by Tradition, Doctrine and Dogma and the inestimable value the Church places on it. But even more than appreciating the Church’s perspective on these three terms, I began to realize something about myself. Before I grappled with Dogma, before I decided to be fair about its role in the Catholic Church, before I even understood what the word meant, I realized something. I had already developed a Dogma of my own. It was a belief system rooted in God, but with cracks filled in by my biases, appetites and misunderstandings. And then it dawned on me.

Everyone has a Dogma.

Now this is a very, very important point. Faith is disdained nowadays because it is thought to be narrow, parochial, commanding, even authoritarian. It subscribes to a Dogma. It promulgates a Doctrine. It draws from a Tradition. The alternative, we are told, is to be free, self-determining, liberated and open-minded. Well, that seems like an easy choice.

But here is the thing…

Even those who subscribe to the free, self-determining, liberated, open-minded worldview will have a Dogma. They have to. Life does not occur in a vacuum. Just consider…So what, in your free, self-determining, liberated and open-minded perspective, do you think about infidelity? Is it okay to lie? How should you prioritize your work and your family? Should you give to charity? Which one? Why? Do you believe in capital punishment? If a military draft came up, would you fight or evade? Would you fight this war, but not that one? What would you be willing to die for? Why? If someone were willing to die for the opposite reason, would you both be right? Is it alright to hate? For what reasons? Should one always keep secrets? What crimes are pardonable? What crimes are not pardonable? If someone assaulted a family member or friend, what would you want to do? What would you do? What could you do? Is there such as thing as Truth or is everything relative with Power being the ultimate arbiter of the way things should be? Is there something special and enduring about human beings or not?

Unless the free, self-determining, liberated, open-minded person chooses not to answer any of these questions (or a million others that could be proposed), something will have to inform their answers. A personal code, an ethic, perhaps even some form of belief system, some personal doctrines, and may I even say dogmas that may be rooted in some form of personal, familial, or cultural tradition.

Upon reviewing a book written by journalist and Catholic convert, G.K. Chesterton, the fashionable novelist Arnold Bennett offered a sidelong comment implying that anyone who subscribed to a Dogma (like Catholicism) was of second-rate intelligence. With mirth and keen erudition, Chesterton replied,

Curiously, while many people sniff (or sneer) at the Traditions, Doctrines and Dogma of religious faith, they seem to be somewhat forgetful that they, too, follow traditions, doctrines and dogmas that they have erected on their own. Everyone has a dogma.

So why do I reason that the Catholic Tradition, Doctrine and Dogma so credible?

After years of attending Catholic Mass, talking with priests and other Catholics, reading the Catechism , Church Fathers & the works of the papacy as well as writers such as Augustine, Aquinas, Chesterton, Newman, O’Connor, Bernanos and Waugh, I was stunned by what I learned. The Scripture is the indisputable holy edifice upon which our Faith is built, but there is a deep and rich Tradition that informs our understanding and practice of the Faith. The Acts of the Apostles and the Letters are the beginning of that Tradition. The assembly of the books of the Bible is informed by Tradition. The Church is the custodian and guardian of that Tradition. About the Catholic Church, Chesterton once observed,

“There is no other case of one continuous intelligent institution that has been thinking about thinking for two thousand years.”

With the foundation of Scripture, the Church has had to navigate all sorts of deviations over the years. Debates and disagreements on the nature of the Sacraments, the divinity of Christ, the understanding of the Trinity, the strength and relationship of Good and Evil, the role of moral responsibility in the midst of Grace, the understanding of Original Sin (and countless others) have been considered, discussed and pronounced upon over the course of two thousand years. Divinely revealed truths (Dogmas) and Church teachings (Doctrines) have formed the Tradition of the Church.

Zzzzzzzzzzzz. Right? Is this humdrum and pedantic? Hardly.

It is here that that we return to Chesterton who makes a brilliant point. The Church has been guided by revelation and reason over two thousand years so that it’s dogmas and doctrines have been gravely received and deeply considered. This is the extraordinary road to Orthodoxy. And it has been anything but dull or unintelligent. If anything, it has been a reeling chariot ride through history.

“This is the thrilling romance of Orthodoxy. People have fallen into a foolish habit of speaking of orthodoxy as something heavy, humdrum, and safe. There never was anything so perilous or so exciting as orthodoxy. It was sanity: and to be sane is more dramatic than to be mad. It was the equilibrium of a man behind madly rushing horses, seeming to stoop this way and to sway that, yet in every attitude having the grace of statuary and the accuracy of arithmetic… [The Church] swerved to left and right, so exactly as to avoid enormous obstacles. She left on one hand the huge bulk of Arianism, buttressed by all the worldly powers to make Christianity too worldly. The next instant she was swerving to avoid an [Eastern Mysticism], which would have made it too unworldly… It is always easy to let the age have its head; the difficult thing is to keep one’s own… To have fallen into any of those open traps of error and exaggeration which fashion after fashion and sect after sect set along the historic path of Christendom – that would indeed have been simple. It is always simple to fall; there are an infinity of angles at which one falls, only one at which one stands. To have fallen into any one of the fads from Gnosticism to Christian Science would indeed have been obvious and tame. But to have avoided them all has been one whirling adventure; and in my vision the heavenly chariot flies thundering through the ages, the dull heresies sprawling and prostrate, the wild truth reeling but erect.”

“Nine out of ten of what we call new ideas are simply old mistakes. The Catholic Church has for one of her chief duties that of preventing people from making those old mistakes; from making them over and over again forever, as people always do if they are left to themselves.”

“Dogma is the guardian of mystery. The doctrines are spiritually significant in ways that we cannot fathom.”

Catholicism is a faith steeped in the dignity of man and the indispensable blessing of free will. We have freedom – believe me – but it is informed by reason and faith, rights and duties, justice and mercy, Truth and consequences. This is a Faith of whirling adventure, intellectual firepower and mystical genius. It is a wonderful, glorious, brilliant Tradition, Doctrine, and Dogma. Indeed.

It may even be a good story for CNN. 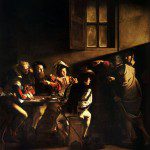 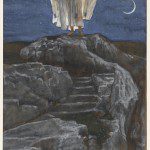 April 6, 2015 Behold the Pierced One: Spending Holy Week with Benedict XVI
Recent Comments
1 Comment | Leave a Comment
Browse Our Archives
get the latest from
Catholic
Sign up for our newsletter
POPULAR AT PATHEOS Catholic
1