Do Catholics Need Therapy When They Have Sacraments? 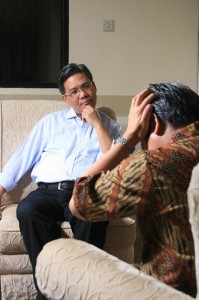 A reader left the following comment last week, and I’ve been meaning to blog on it:

“Where there are Sacraments, you need no psychotherapists.”

I mentioned that to my therapist, and she laughed, saying “If only!”

That’s no different than saying “Where there are Sacraments, you need no doctors.” Or, “When you follow Jesus, you don’t need friendship.”

I’m trying to be charitable, and attribute ignorance rather than meanness on the part of the commenter. But really – such blanket statements are unhelpful and ridiculous. After all, St Paul wrote in his first letter to the Corinthians, chapter 12:

29 Are all apostles? Are all prophets? Are all doctors?

30 Are all workers of miracles? Have all the grace of healing? Do all speak with tongues? Do all interpret?

Clearly, St Paul believed doctors and healers were necessary, and they received their gifts of healing from the Holy Spirit.

I’m not taking anything away from the power of the Sacraments to accomplish miracles and heal people. But come on – we’re not Scientologists or Jehovah Witnesses. We cooperate with God’s grace – and in cases where healing is needed, cooperation often takes the form of working with trained professionals. Ideally in conjunction with the sacraments.

There’s too much shame still for many people to admit they’ve been through therapy, or are currently seeing a therapist. Unless you happen to be a celebrity – then it’s like a badge of honor. A resume enhancement. But for normal, everyday folk – it’s like having the mark of Cain for all to see. To which I say, I’m sorry, but I gotta call bullshit on that. Not everyone who sees a therapist is certifiable. Not everyone who seeks psychological help is insane. Sometimes they just need some extra help in carrying their cross, from a disinterested source who can provide an objective point of view. Why someone is in therapy isn’t as important as that they are in therapy.

It’s sad, though, that some Catholics will raise an eyebrow, look down their nose, and say stuff like “Just pray more.” Or “Go to confession more often.” Or “Attend daily Mass.”

The advice in and of itself is helpful, and every Catholic ought to strive to receive as much sacramental grace as often as possible. I’m not arguing that. It’s the smug attitude that accompanies the advice that I take issue with. Imagine coming upon a person stuck in the bottom of a well, and telling that person “Just pray more! Okay, bye! Good luck!” How helpful is that? Wasn’t it St James who wrote something along the lines of “If you see a poor person, and you say ‘God bless you’, and you do nothing else, what good have you done?”

Saying “Where there are sacraments, you need no psychotherapists” accomplishes the exact same thing. Weapons-grade ignorant.

A good, competent therapist is a God-send. To say otherwise is just crazy.

August 5, 2015
Taking Measures To Make My Blog A Safer Place
Next Post 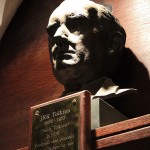 Francis: Evangelize by Example, not Pushing...
Through Catholic Lenses
Related posts from Acts of the Apostasy 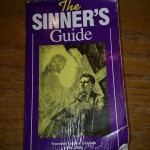 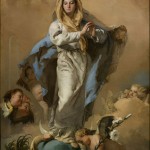 Catholic
Solemnity Of The Immaculate Conception Of The Blessed...
Acts of the Apostasy

Catholic
"The Nine: Overcoming ISIS" - Video Of Christian...
Acts of the Apostasy
TRENDING AT PATHEOS Catholic