UPDATE – More on this issue in Spurgeon and millenial mud-slinging

Once again, it’s time to remote-blog a conference my friend, Tim Challies, is so helpfully live-blogging. In the first session of the Shepherds’ Conference MacArthur came out strongly in favour of premillennialism (no surprise there), but what was a surprise, it seems, was the strength of his opposition to amillennialism and other views — here is a quote from Tim’s report:

“The thrust of the message was simple: of all people to be premillennialists, it should be the Calvinist — those who believe in sovereign election. 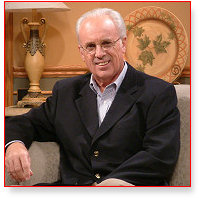 So suddenly the Puritans, Edwards, and even Calvin himself are no longer truly reformed? Not surprisingly, this has somewhat put the cat among the pigeons. Certainly Tim’s report doesn’t make it sound to me like MacArthur was very fair to amillennialists — particularly optimistic amillennialists who actually begin to sound a bit like postmillennialists. Actually, what for me is the biggest and most important question in our eschatology didn’t seem to be addressed. As I asked a few weeks back — Should we be optimistic or pessimistic about the future?

Fide-O has struck back vigorously for amillennialists everywhere. According to him, MacArthur was “mocking” and “misrepresenting” those who differ from his interpretation. Fide-O concluded “this was the grandest strawman burning I [have] ever witnessed” and “the most outrageous thing I have ever heard from a preacher in many years.” Fide-O also gives us examples of where he believes MacArthur’s “exegesis was noticeably biased and at times completely off base.” So, at least this talk has got people responding to it — there is nothing worse than a “nice” message. Fide-O reports one section of the talk as follows:

Kim Riddlebarger has also responded, largely because he has had a bulging inbox of e-mails about this message:

“All I can say is, “calm down.” OK, MacArthur fired a shot across the bow. But until I’ve read the transcript of his talk, I won’t respond to any specific points, other than to say, if (and that’s a big “if”) he’s been accurately quoted, then it really is too bad that someone of his stature would say the ill-informed things that he did.

From what Tim Challies reports, I don’t recognize my own position in MacArthur’s critique. I am certainly self-respecting (to a fault), and I am a Calvinist, who is well-known for my advocacy and defense of the Reformed faith. I am also amillennial and think dispensational premillennialism defaults at a number of points.”

Well, this is one that could develop into an interesting debate unless bloggers all simply hit the back button and get on with discussing the things that normally interest them. I, for one, am pleased to see the end-times discussed as I think we normally avoid it. But, from what I have read so far, I am far from persuaded that MacArthur is right to claim that every Calvinist should be a premillennialist. Over at the Pulpit Blog, they are citing the Church Fathers in defence of MacArthur’s position — always a sign of desperation in my book!

March 8, 2007
T4G Article 4 - Must Expository Preaching Always be a Series Preaching Through a Book?
Next Post

The Making of the Non-Binary Gender
When we think of "transgender," we usually think of men wanting to...
view all Evangelical blogs
Copyright 2008-2021, Patheos. All rights reserved.
Close Ad