Click the menu in the top right hand corner of the video to select other interviews.

Adrian has a relaxed interview style and you will feel like you are in a string of chats over coffee with his many and varied interviewees. Most are available as videos, podcasts and with supporting articles. Over the years he has been able to interview a number of prominent church leaders. Here are some of the highlights. 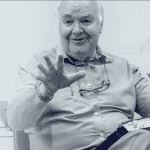 It was a real honor to interview leading Christian thinker and author Prof John Lennox. What does human and artificial intelligence tell us about the existance of God and our place in the universe? We mention Dr. Jordan B. Peterson several times during this discussion as well as Timothy Keller. Few people are really challenging the roots of our defective modern culture more than Peterson, Keller, and Lennox. 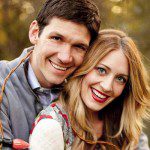 In 2009 Matt Chandler collapsed and was diagnosed with a Brain Tumor. How did that experience change him and the church that he leads? We discuss what helps and doesn’t help people who are suffering. We talk about spiritual challenges suffering brings, how to walk with God through the middle of it. This is based on Matt’s new Book Joy in the Sorrow 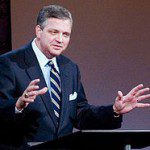 Albert Mohler is president of the Southern Baptist Theological Seminary, host of the Albert Mohler radio show, and an avid blogger. He is also a respected theologian and thinker. Few people read more books than Mohler, and few are as incisive in their assessment of American culture. He is a remarkable phenomenon who, by God’s grace, accomplishes more for the Kingdom than ten ordinary men could possibly hope to do. Mohler has kindly endorsed my own book. You can read my interview with him in seven parts: I, II, III, IV, V, VI, VII and other blog posts about Al Mohler. 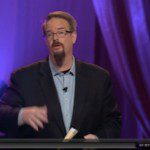 Ed Stetzer is one of the leading evangelical thinkers and networkers of our time. If you don’t already, you can follow him on Twitter or  Facebook. Few people are invited to speak as widely as Ed, with good reason, since he brings his passionate missional approach everywhere he goes. I have previously filmed an interview with him over the Internet, and I have written other posts here about him. Ed was also kind enough to endorse my book

ESV Translators The invitation to interview the translation team of the ESV Bible marked the beginning of my friendship with Crossway. Back then it would have been hard to predict the overwhelming success of this translation and its later Study Bible. There are video clips and transcriptions of these interviews, as well as a bunch of other posts about the ESV and Bible translation. 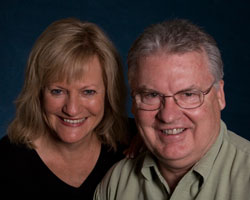 John Lanferman oversees Newfrontiers in the USA. He is unashamedly charismatic and clearly reformed, and it was a delight to talk with him. He dreams of seeing each of the top 100 cities in the USA with its own passionately Spirit-filled and reformed church. Audio and a transcript are both available, and there are also some other blog posts about John Lanferman. 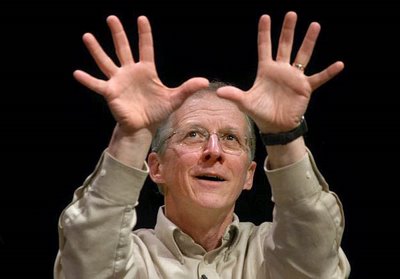 John Piper should need no introduction to most readers of this blog. Piper stands in a distinguished line of preachers who are passionate that we not only understand the Bible but also meet and respond appropriately to God himself. These have included Martyn Lloyd-Jones, Charles Spurgeon, and Jonathan Edwards. Their hunger for “the anointing” and for us to feel the full impact of the felt presence of the Holy Spirit is inspiring. Piper has a voice that is heard across a wide variety of church backgrounds. I was delighted to interview Piper, and video and transcripts are available. I also often blog about quotes from John Piper’s writings.

Justin Taylor is Editorial Director at Crossway books, where he was managing editor for the magnificent ESV Study Bible. He has also previously worked closely with John Piper and edited many of his books. Justin’s blog Between Two Worlds is the most widely read reformed blog in the world. Headlines from his blog appear in my sidebar. I interviewed Justin by email, but have enjoyed his company on two occasions. I have also written about Justin Taylor from time to time. Justin was very encouraging to me throughout the process of writing my book. Justin also interviewed me when Raised with Christ was launched.

Liam Goligher is a British preacher with a broad appeal now based in the USA. He has spoken in many different types of conferences, and I tend to think of him as something of a British John Piper. I was impressed by his passion, clarity, and anointing in preaching when I saw him live.  I have interviewed him twice, and one of these occasions was by video. We had a lot of fun and this is one of my favorite ever interviews. Liam also kindly endorsed my book, and about half way through the interview we turn to the subject of the book and Jesus’ resurrection more generally.

Mark Dever is definitely one of the most friendly people I have ever interviewed. Within moments of my first meeting I felt at ease and as though I was speaking to an old friend. He was equally kind the second time when we chatted over an Italian meal in London. Dever has become a leader with a far broader informal circle of influence than his formal responsibilities would suggest.

Richard Cunningham is the Director of UCCF in the UK. For my American readers, UCCF is the equivalent to your Intervarsity Fellowship. Together with Hugh Palmer (who I have also interviewed), he heads up the New Word Alive conference. 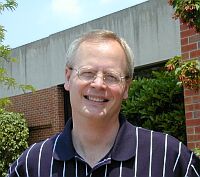 Sam Storms is well known as a reformed charismatic who advocates a very similar brand of Christianity to John Piper and others before him. Sam and I have been intending to try to meet for years, and it looks like, God-willing, we will be able to at the Pastors Conference in February. But so far, we have had to make do with an email interview. 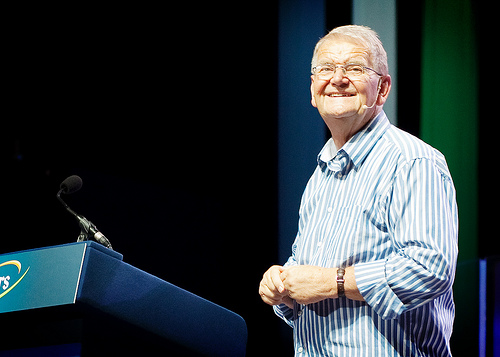 Terry Virgo is a leader I have been looking up to spiritually for more than three decades. The founding leader of a family of over six hundred churches in fifty nations, he is a godly, humble man whose preaching has shaped many lives, including my own. This group, Newfrontiers, is a unique movement, being reformed in doctrine, charismatic in experience, missional in outlook, and strongly rooted in relationships.My most recent interview with Terry is available in three parts as both a video and a transcript. I have also filmed an earlier interview as well as frequently written about him and shared some of his sermons. 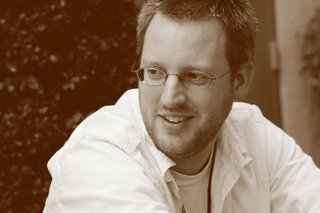 Tim Challies is one of the most prominent Christian bloggers of all and has also published a book on discernment. I interviewed him by email.

Wayne Grudem is one of my living heroes, as unlike many scholars, he has served the church well by writing books that we can all understand, but which are not patronizingly basic. Dr. Grudem is well known as the author of Systematic Theology which in the UK sold almost its entire print run at a Newfrontiers conference! I interviewed Wayne via email over a number of posts and have written about him since.