In case the title of this post completely mystifys you and you have not heard of this group of Christians, I have written previously about them in “What is a Reformed Charismatic?”

The phrase “1,000 reformed charismatic churches” has been going around in my head on and off for awhile now. Because several different applications of that number are running through my mind, I thought I’d share each of them with you here.

The first thought I had was simply this: although often considered to be a small minority, the number of reformed charismatics is increasing. I therefore wondered if there are now 1,000 reformed charismatic churches around the world? I suspect there must be. According to my interview with Terry Virgo, Newfrontiers is now nearing 600 churches, so surely there must be at least 1,000 if you add to that Sovereign Grace Ministries, Acts 29, and of course, other individual churches and networks, some of which, no doubt, I have not yet even heard about. (Incidentally, I’d particularly like to hear about any of you out there who go to a reformed charismatic church that isn’t part of one of the three groups I just mentioned—drop me an e-mail at adrian.warnock@gmail.com.)

But why do I mention 1,000 reformed charismatic churches when it comes to an individual country like the USA or the UK? In the UK, Newfrontiers now has 220 churches, which because we have 60 million people, works out to one church per 270,000 people. So, along with other groups, we have made some small impact, although surely there is still much work for us to do, even in the UK. But here is where it gets interesting. A church for every 270,000 people in the USA would work out to aproximately 1,000 churches. So I guess we have still further to go in America. I suspect, however, that there are many reformed charismatic churches in the USA which are not part of any network with which I’m familiar.

But the number 1,000 is featured in other ways as well. The Acts 29 Network’s audacious goal is to plant 1,000 churches themselves over twenty years. I fully expect them to reach that goal given their current rate of growth. Also, a number of years ago a prophetic word led Newfrontiers in the UK to dare to believe God for 1,000 churches in our own nation. Within Newfrontiers meetings we often hear the challenging goal for church planting and growing large churches — “1,000 churches and churches of 1,000 people.”

Do we need lots of reformed charismatic churches? I believe we do. Firstly, we need reformed charismatic churches to show Christians that there really is a third option between arid intellectualism and brainless experiential showmanship. It’s not that the caricatures we tend to make of both cessationists and charismatics are entirely accurate; it’s just that churches that are unashamedly both reformed and charismatic can give confidence to others to make that plunge, or at least ensure they do not meet the caricature defining their end of the spectrum. I believe that it is a good thing to have different churches in any given town that can provoke each other and learn from one another.

But I also believe that reformed charismatic churches are often uniquely placed to become genuinely missional churches that can reach out and grow largely by salvation. We live in a culture that has, for the most part, turned its back on traditional church. Why shouldn’t we offer the world a church whose methods, music, style, and experience are totally up-to-date, but where the message remains old-fashioned and traditional in the sense of being solidly biblical?

One man with a vision to plant churches that will affect thousands of people is John Lanferman. He speaks of having on his laptop a list of the top 100 cities of the USA where 87 per cent of the people live. The cry of his heart is that 100 reproducing missional reformed charismatic churches be planted by Newfrontiers USA in those cities. Here’s what he said about it in an interview with me. I had asked him what a missional church was: 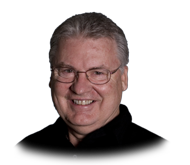 So they are involved, not only in proclamation, but they are involved in changing the whole culture of a community. They would be people who would be involved in cross-cultural evangelism. They would be people who would be involved in changing the social justice—be involved in that ministry to the poor—so they have a desire to see the whole community that they are involved with, the towns they are involved with, changed and made into a kingdom community. It’s people who understand, “We do not exist for ourselves, but we exist for them.” So the way we spend our money, the way we staff our churches, the way our churches feel, the way they operate, have that outward appeal. And it’s a God-centered approach to humanity rather than an inward, “What about me and my needs?” It’s a man-centered approach . . . If we can get outstanding churches in each of these 100 large cities, and out from that, begin to reproduce ourselves—because I’m fanatical on reproducing churches. We must not just plant churches, but we [want to] see churches that view themselves as reproducing churches multiply themselves, raise up leaders, give themselves away, spread out in the communities and the nations beyond.”

Here is a list of those 100 cities. With the new sense of urgency in our movement following the Brighton conference, you could be finding a reformed charismatic church starting near you sooner than you think if you live in one of them. I would be only too happy to pass e-mails on to the relevant people if YOU live in one of these cities and would like to play a part in seeing this vision come to fruition. Attending one of our USA conferences would be a good first step.
Please join me in mentioning each of these cities before the Lord in prayer as you finish reading this post. May each of them soon have a reformed charismatic church. Actually, most of them will need more than one church given their size. This table shows three columns—the city, its state, and the population. In the last column, I will also gradually add links to Newfrontiers churches and church plants in these cities:

July 23, 2008 TOAM08 - Summary Post and MP3 Availability
Recent Comments
0 | Leave a Comment
"I can find no references supporting this article. You say "There is ample documented evidence ..."
jsampson45 Christians must stop lying about COVID19
"I would argue that he already has intervened to reduce the amount of deaths by ..."
Adrian Warnock Are COVID-19 vaccines made from aborted ..."
"Your sincere reply is noted but did not fully answer my questions. Do you believe ..."
Enlightened Are COVID-19 vaccines made from aborted ..."
"We live in a world that is broken snd not as it should be. Facing ..."
Adrian Warnock Are COVID-19 vaccines made from aborted ..."
Browse Our Archives
get the latest from
Adrian Warnock
Sign up for our newsletter
POPULAR AT PATHEOS Evangelical
1