Spurgeon’s book, The Soul Winner, is the kind of book you really need to read several times over the course of your life. I decided to dip into it once more over the summer, and read just the first chapter. It’s a book I have recommended previously. I found the following quote which is interesting. He is speaking about how church growth statistics are indicative of something. I wonder how many Spurgeon lovers today would agree with his assessment of churches which are not growing by conversion?

“I am not among those who decry statistics, nor do I consider that they are productive of all manner of evil; for they do much good if they are accurate, and if men use them lawfully. 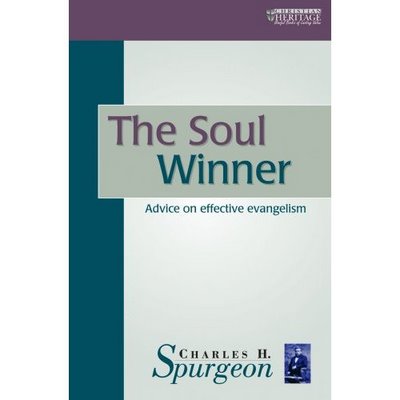 It is a good thing for people to see the nakedness of the land through statistics of decrease, that they may be driven on their knees before the Lord to seek prosperity; and, on the other hand, it is by no means an evil thing for workers to be encouraged by having some account of results set before them. I should be very sorry if the practice of adding up, and deducting, and giving in the net result were to be abandoned, for it must be right to know our numerical condition. It has been noticed that those who object to the process are often brethren whose unsatisfactory reports should somewhat humiliate them: this is not always so, but it is suspiciously frequent.

I heard of the report of a church, the other day, in which the minister, who was well known to have reduced his congregation to nothing, somewhat cleverly wrote, “Our church is looking up.” When he was questioned with regard to this statement, he replied, “Everybody knows that the church is on its back, and it cannot do anything else but look up.” When churches are looking up in that way, their pastors generally say that statistics are very delusive things, and that you cannot tabulate the work of the Spirit, and calculate the prosperity of a church by figures.

The fact is, you can reckon very correctly if the figures are honest, and if all circumstances are taken into consideration if there is no increase, you may calculate with considerable accuracy that there is not much being done; and if there is a clear decrease among a growing population, you may reckon that the prayers of the people and the preaching of the minister are not of the most powerful kind.”

UPDATE An friend of mine just emailed me the following, which we both agreed to keep anonymous.

On Spurgeon, firstly he was a man of his times. In those days active churches grew – churchgoing was a national habit, not a bizarre minority practice – that is one reason why CHS wanted to see conversions, not endless transfers to sit under his ministry.

I do believe that we can say today with confidence, however, that active churches don’t decline unless something is wrong. We might struggle to grow – but note that he says that the keys are good preaching and good prayer, and if a church declines then something is deficient. He doesn’t say that a church has to grow hugely – of course that is what we seek because we want to see people saved. My own small church has maintained and even gained a little in the last two years I have been there.

In my constituency (reformed evangelical (cessationist although I hate the term)) some churches grow. Prime example being Spurgeon’s own Met Tab. Why? I say CHS’s formula is correct – sound and inspiring ministry with strong evangelistic content, and prayer – those Tabernacle church prayer meetings are what I miss the most. People falling over themselves to call upon the name of the Lord, it was like a seige on the Throne of heaven. If I am ever in London on a monday night and free, that is where I’ll be! Other churches grow too, and again the formula holds.

You might be interested to know that Spurgeon also preached that it was a glorious thing to hold to a losing cause. He cited Noah as an example. A minority of one. That is in an unpublished sermon due out from Day One in January 09. . . As a friend of my quipped recently ‘How many converts did Jeremiah have?’

And all this said it is DOUBTLESS true that those of a high calvinist (hyper) tendency will always decry any numbers game as unspiritual. I count my congregations every week and keep records. I may become aware of personal spiritual declines but I must be aware of trends in the numbers. If they fall, even more prayer is needed!

Ultimately I have never visited a shrinking church . . .where I could not SEE why the church was diminishing. It may be hard for those ‘faithful’ ones there to accept that they need to change things – but facts don’t lie. One of the greatest scourges of our independent churches today is a crying failure to raise up godly men, for ministers to spot and train more ministers, so that pulpits are not empty. It is so chronic one might almost call it a judgement.

September 7, 2008 Newfrontiers USA and Youth Confernce Audio
Recent Comments
75 Comments | Leave a Comment
Browse Our Archives
get the latest from
Adrian Warnock
Sign up for our newsletter
POPULAR AT PATHEOS Evangelical
1