What Would The Doctor Have Thought Of Sex Education?

What Would The Doctor Have Thought Of Sex Education? September 28, 2009 Adrian Warnock

The Doctor makes a strong point below, but I wonder if he might think differently in this society where our kids will learn about sex at school, and unless we are eternally vigilant, on TV. I do want my children to learn about these things form me and Andree, but at the same time I want to talk about it in a way that they are neither encouraged to sin, nor given the idea that sex is dirty and sinful. For more about sex and marriage, see Tope’s recent sermon series which is ongoing. The Doctor’s point here is that legalism doesn’t contain sin: 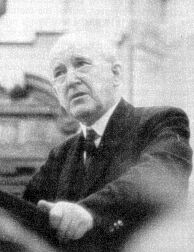 As a Christian I have never believed in morality teaching. Nor have I ever agreed with those who argue, ‘Tell people of the evil effects of that sin, and it will keep them from it,’ because it will not. It will inflame their desire for that very thing that you are telling them not to do. And that is why people quite often delude and defile themselves by reading books about such things. They say that what they want to do is to see the evil of the thing. What is actually happening is that they are enjoying it. They are sinning in their minds and in their imaginations. That is what is meant by concupiscence; this passion, this flame, this fire, that can even misuse the law of God, and turn it into a kind of bellows that makes the flame worse. Tell a man not to and it may drive him to do it — indeed, you are introducing him to it. So it is a dangerous thing for fallen man to think like that and to imagine that moral instruction about sex and such things is going to control the moral problem. It is having exactly the opposite effect; and to believe in that kind of teaching is to misunderstand the essential biblical teaching about sin. No, our fathers were right. They did not tell their children about sex and morality, and there was less immorality than there is now. It is a dangerous thing to talk about these things; it is like pouring petrol on the fire. Concupiscence — that is the great argument of the seventh chapter of the epistle to the Romans.
David Martyn. Lloyd-Jones, The Assurance of Our Salvation : Exploring the Depth of Jesus’ Prayer for His Own : Studies in John 17 (Wheaton, Ill.: Crossway Books, 2000), 454.

September 25, 2009
God Of Compassion - What The Lazarus Story Shows Us
Next Post

October 2, 2009 Raised With Christ - Two More Endorsements
Recent Comments
0 | Leave a Comment
Browse Our Archives
get the latest from
Adrian Warnock
Sign up for our newsletter
POPULAR AT PATHEOS Evangelical
1