Letter to a soon-to-be-published author | Culture Making: “It is good to keep in mind Mark Twain’s admittedly harsh dictum, ‘Most books come into the world with all the fanfare of a stillborn child.’ The truth is that unlike, say, your wedding day, there will be a great and utter lack of excitement about your book the day it is published. And the day after. And most days after that. Believe me. My book has done well, perhaps embarrassingly so, and the truth is it just is not that big a deal. Considering that ‘doing well’ in these latter days means that maybe 25,000 people read a book over the course of its first year—that would be 0.1% 0.01% of the American population—it’s not surprising that it just doesn’t rise to the level of a big event for anyone except the author. (The foregoing does not apply, at least not entirely, if you are Bill Clinton, Dan Brown, or Donald Miller. But you are not, so no worries!)” HT Justin Taylor Anyone else with other advice? 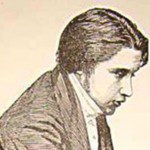 October 18, 2009 God Breaks Those He Wants To Make Great
Recent Comments
0 | Leave a Comment
"I am rather late to the party, but I have only just come across this ..."
Peta Christians must stop lying about COVID19
"I am also a survivor of cancer (5 times and counting). I noticed the "Teach ..."
Statistics Palin Two years on from chemotherapy
"Science always beats Religion. You wouldn't be alive without TechnologyHad the Ancient Sumerians gotten access ..."
Christian Two years on from chemotherapy
"Wrong Oxymoron. Jesus' issue with the Pharisees was how they subverted the Word of God ..."
Ed Dingess Rachel Held Evans is with Jesus
Browse Our Archives
get the latest from
Adrian Warnock
Sign up for our newsletter
POPULAR AT PATHEOS Evangelical
1

Evangelical
Did Germany just ban being a Jew or...
Adrian Warnock
TRENDING AT PATHEOS Evangelical