Terry Virgo founded Newfrontiers back in the mid 1970s. He was church planting before it was cool. He formed a missional network before the phrase was coined. There are now over 700 Newfrontiers churches spread out on every continent. Most of these began as house churches. But many of them have grown to become warehouse churches. Each of these churches and the movement as a whole is founded on prayer. It is a movement that has aimed to reconstruct a New Testament model of church, convinced from the outset that the old wineskins of formal church life simply will not do any more.

Newfrontiers embodied some of the values of the emerging church, such as being very relational, decades before Emergent began. It is charismatic, without a seatbelt, but with the brake of Biblical conviction. Yet it’s leaders were young restless and reformed in the last century, and an army of doctrine-loving, spirit-filled, missional pioneers have been arising in waves ever since. A godly pragmaticism has led to a discerning welcoming of influences from the alpha course, and the church growth movement among others.  Cell groups, missional communities, lively worship, seeker-aware meetings, and old-school mission crusades have all found their place. Newfrontiers embraces the input of many external ministries, but identifies exclusively with none of them. Wayne Grudem’s Systematic Theology is the doctrine textbook of choice for the movement, and Piper, Lloyd-Jones and Carson have also all been frequently read over the years.

Newfrontiers is not perfect. It has it’s weaknesses. But it is the group that I am so glad to call my home, and the family of churches that my church, Jubilee, is a part of. Terry’s sermon on prayer remains the most popular video on my blog by a country mile. It is no wonder that many American’s are keen to find our more about a movement which in the UK has shaped the meaning of the word “charismatic.”

Ed managed to crystallize this interest in a short pithy interview that is a fantastic introduction to Terry.  See also Ed’s post from which this video came for some more links:

May 26, 2010 Dwell London 2010 Session 1 - Steve Timmis
Recent Comments
0 | Leave a Comment
"The assumption that she is in heaven might have little base in fact. Evans left ..."
David Rachel Held Evans is with Jesus
"'hope' is a good thingIn the words of the writer Vaclav Havel,“Hope is an orientation ..."
Christiane Smith Choosing Hope for 2020
""Excellent. Thanks for accepting the criticism without offense."It is wonderful when others can take criticism.Sadly, ..."
Blackball Keep Asking and Expecting
"Men are evil but the truth does not change"
Brian K Clark John MacArthur accuses half-a-billion Christians of ..."
Browse Our Archives
Follow Us! 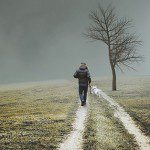