Gods purposes fulfilled through scattering. “Now those who had been scattered traveled as far as…” Acts 11:19ff

Dave was encouraged by a prophecy during the worship, “The greatest scattering is now before us. Together to be scattered for Gods glory.”

When God is about to initiate a major move forward, he does lots of things at the same time to prepare them for that. He arranged for Moses to be found by Pharaoh’s daughter, when there had been persecution. When Jesus came God had arranged that the Roman empire would allow good transportation would allow the gospel to spread.

In this passage, he allowed persecution to come so believers would be scattered. By his own direct intervention he converted the main persecutor to become a herald. He also change Peters mind. He gets things ready for the phase that is coming.

As another prophecy said tonight, God is changing the seating arrangements within our movement as a new chapter is about to start. God is arranging things so that the new phase will be successful.

Scattering is often a negative concept. But it is also right through the Bible a very positive concept. To fill the earth you have to scatter. The tower of Babel was built to stop them from having to scatter. They resisted gods plan. God then scattered in judgement what he intended to scatter in blessing.

Paul later tells us that it is God who has scattered people and determined their exact places to live. God has done this so we would reach out to him. In the great commission God basically said go be scattered to bring the gospel. God had said to scatter so much, but at last here in our verse this is finally happening. 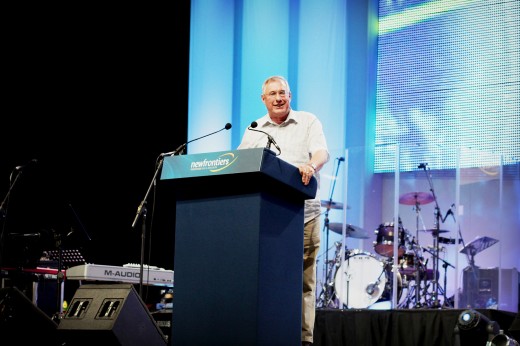 This scattering in Acts came in three ways.

1. Apostolic initiative eg Peter and then Paul and Barnabus

2 Gifted evangelists with signs and wonders

3. Lots and lots of ordinary unnamed believes who had the freedom to take initiative. This was the biggest.

When these three are combined, God can cause exponential growth.

Organisations are described as functioning in two ways. Top down ie direction from the board or bottom up where initiatives come up and are rubber stamped

Actually we need to be led, but also a place where there is freedom as God directs individuals for the cause. We are to be scattered all over the place.
David Devenish said he constantly goes to places to follow up on initiatives taken by all kinds of individuals. Apostolic ministry follows up to lay good foundations. If you want to be a missionary do it where you are first. A plane ride won’t transform you into an evangelist. It seems that these people in Acts already saw it as there responsibility to spread the gospel where they are.

We should not just scatter geographically but also in infiltrating various jobs and roles that can help the spread of the gospel.

We are now poised for another scattering.

As a movement we are in transition from one apostolic sphere to many. That’s another form of scattering.

This next phase of scattering will lead to exponential growth that we can’t keep up with. 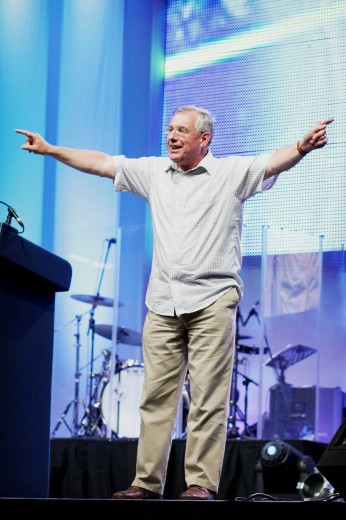 We all have a responsibility. Even in Acts the fulfillment was mainly through unnamed not famous people.

We need hundreds even thousands of individual initiatives. Paul kept saying I have no more room here, because others would continue the work.

Persecution sometimes causes real growth. It tends to only do that when there is only a some of our churches are being persecuted.

Scattering is of no use unless the hand of the Lord is on you. It’s his favor. Evident tangible presence of the Lord. Jesus promises to be with us as we gather in his name and as we go in his name.

Acts 13:11. Hand of the Lord was against a man who then went blind.

Apostolic oversight. When the news reached the apostles an apostolic delegate was set, i.e. Barnabus. Half the people that ever travel would have gone through Antioch. A massive city of the time around 500,000 people. Included Indians and Chinese.

Wisdom in the choice of person. Barnabus was also from Cyprus, so there was a natural thing to do. He saw evidence that grace was at work.

Barnabus was a brilliant team player. He needed to build a team, so went to get Paul. We must develop a healthy team player attitude. Where there is a rapid spread there is even more need for apostles teaching. People need go understand by revelation.
We must teach the grace of God. They taught for a year. Apostles showed how everything was pointing to Christ, they were all fulfilled in him, and now having been raised and glorified he is now reigning.

The teaching was that its It’s all in Christ. Antioch was famous for it’s nicknames. So Chrisitans were first called that there. Because of centring of everything in Christ. Apostolic mission protected churches from drifting off by causing thrum to see their place in purposes of Christ.

Prophetic direction. The effect of the word was to be concerned about the poor. Hugely important in the NT. It expresses the heart of God. It demonstrates the kingdom. It maintains unity. The desire was to sent it to their brothers.

What will hold us together? Visions, value, relationships, prophetic promise, and a heart for the poor in one anthers spheres. Our movement is marked by prophetic direction. Shaped by prophecy.

Let the nations be blessed as we take our responsibility to spread along with other apostolic groups. Right at the end Dave then called all the prophetic people to the front to be prayed for. It was a powerful time of releasing.

July 8, 2010 TOAM10 - Terry Virgo on Prayer from Ephesians 6
Browse Our Archives
get the latest updates from
Adrian Warnock
and the Patheos
Evangelical
Channel
POPULAR AT PATHEOS Evangelical
1

What I Learned from Designing Women...
Anxious Bench
Books by This Author Books by Adrian Warnock

Mess Hall Mates and Foxhole Friends
I just got off the phone with one of my best friends....
view all Evangelical blogs
Copyright 2008-2021, Patheos. All rights reserved.