This is the second of Terry’s videos on his value of grace. You know how it goes by now, here is an extract to make you want to watch the whole thing:

“I recall that it was as though I saw a break in the cloud, and saw some blue sky. I suddenly felt that God loves me freely, but it wasn’t enough to establish me, and I quickly went back to are you praying long enough, are you meditating on the Bible long enough, and these so-called “means of grace” became duties you have to fulfill. Am I doing them enough to keep God happy? So they become burdensome rather than means of grace.

I felt God sometimes gave me a glimpse of something freer than that. . .It began to dawn on me. I met people who were enjoying grace . . . I was most helped by working my way through Dr Martyn Lloyd-Jones on Romans, especially 5, 6, and 7. Especially 7, where we are not under law . . . Lots of believers don’t work at the epistles. But to me, the epistles are the heart of the explanation of the New Covenant . . .

Where Is God in This Pandemic?
Roger E. Olson
Books by This Author Books by Adrian Warnock 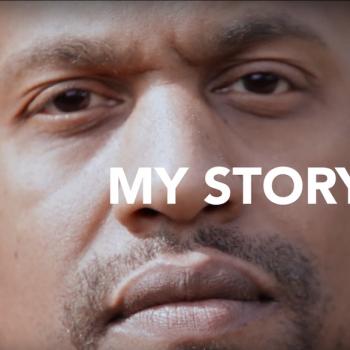