A spectrum of belief on hell and salvation – Is Rob Bell a Universalist?

A spectrum of belief on hell and salvation – Is Rob Bell a Universalist? April 18, 2011 Adrian Warnock

This week Rob Bell is in the UK and will be speaking at a number of evening events around the country. I trust many will see through his emotional appeals to the error that lies beneath.

Rob argues in his book Love Wins that “No one can resist God’s pursuit forever because God’s love will eventually melt even the hardest hearts” (page 108). Yet elswhere he claims not to be a universalist. Therefore, to be fair to him and in the spirit of my Arminocalvinist Spectrum and Evolution vs Creationism Spectrum I thought I would construct a similar outline of different perspectives on this fundemental issue of whether there is a hell or not and hence whether everyone is saved.

Five possible positions about hell and whether all are saved:

From reading Love Wins, and from all that he has so far said about it, I cannot see how anyone can come to any other conclusion than that Bell holds to the second position I list above.  To me, having carefully read his book, it is clear that Rob Bell does not hold to the first of these positions, which is presumably also why he claims not to be a universalist. But, I think most people would agree that any of the first three positions are in fact universalist in that salvation is therefore universal to all. So despite his denials, I do believe that Rob Bell is a universalist.

Unlike the Arminocalvinist spectrum, I do not believe it is possible to take the Bible seriously and believe any of these views other than the 4th or 5th.

We must let our Lord Jesus speak for himself and follow him. It is Jesus himself who makes it clear that there will be some people in hell. Hell is according to Jesus a ”place of torment” (Luke 16:28), “where their worm does not die, and the fire is not quenched” (Mark 9:48).

Personally, I hold to the fourth view, but can respect there are many Christians who hold to the fifth. I am far from alone in my thoughts, however. Spurgeon was clearly an optimist when it comes to the extent of salvation, as are many others who hold to the exclusive claims of Christ. If only that was all that Rob Bell was saying!

In the midst of all the controversy, it seems to me that there is a very simple question we should ask ourselves: Do we agree with the simple, clear words of Jesus about hell? There is an important subsidiary question, which is if we DO believe in it, why do we live as though we do not? Why do we not warn people more frequently of their faith and introduce them to our Saviour? That is a question that has been troubling me personally as I consider all this.

I will close this post with the following clear words from Paul which surely apply to the current situation, as it is impossible to reject the doctrine of hell without also rejecting the clear meaning of the words of Jesus himself:

“If anyone steaches a different doctrine and does not agree with the sound words of our Lord Jesus Christ . . . he is puffed up with conceit and understands nothing.” (1 Timothy 6:3–4) 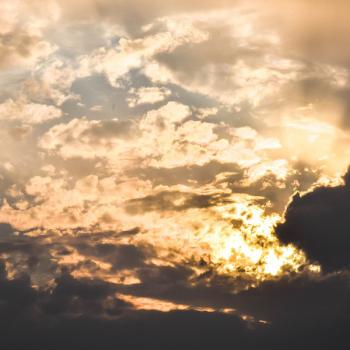 Evangelical
Already AND Not Yet: Expecting God's Blessing
Adrian Warnock