Human rights: a fallacy in an age of secular consumerism?

“Only the Christian faith believes the myth that human beings are special, we are not just objects” claimed Michael Ramsden today in the online stream of the Global:Church forum.  Ramsden travels widely, and has heard leaders from other parts of the world query if it is time to simply drop the whole concept of “human rights.”

There are two reasons some are making this suggestion. Firstly, especially to those of no faith, people are not inherently special, and we are increasingly urged to view ourselves as merely animals, and only the fittest survive, so why speak of special rights?  Secondly, in an age of rampant consumerism, argues Ramsden, where in the West we have a constant stream of pleasure on tap, we become over-satiated so that,  “a constant flow of affluence and wealth leads to an absence of enjoyment.”  As a result we seek desperately more and more but are not happy. Consumption has even been applied to sex and relationships so that we consume people, rather than relate with them. As a result we forget that relationships are source of pleasure, and treat people as objects.  In the end such behavior is self-destructive but, despite traditional economic theory people do not behave rationally.

Ramsden reported that he once approached a listener after one of his talks who was sobbing into his hands, who exclaimed, “it’s all true, but I can’t ever stop my sex addiction, so if I became a Christian I would be living as a hypocrite for the rest of my life.” The ever-present urge to consume, combined with a sense of integrity acts as the perfect meltdown for the Western Church, explained Ramsden, as people now have a strong urge not to be hypocrites so don’t go to Church. It is the objectification of people that drives consumption. We must recapture the idea that other humans are people we are meant to serve not exploit. As one blogger put it when naked women become naked girls in the way we think about them, much of the power of pornography’s magnetic draw is neutralized.

All this is surely one reason why we have a lot to learn from the global church.  Indeed, a representative from the conference’s co-sponsor, Christianity Today said, that with the rapid growth of the church in the Global South and East the Western Church has much to learn from our brothers and sisters. International Christians “focus on the role of the supernatural, evangelism relationship with social action, shifting understanding of missions, how to compellingly present the gospel with conviction and love in different settings.”

But, sadly with increasing development, much of the vigor we see in the Church in poorer nations can easily be lost. Ramsden spoke of talking to Chinese Christians who had moved to Hong Kong and were now richer, but said they were finding it harder to evangelize their contemporaries, and their own spiritual lives were going into reverse.  As Ramsden put it, the problem with the Western Church is that “We are trying to design models of discipleship that do not cost everything.” A challenge for us is how to capture the passion of the growing church in developing nations and transfer that to nations where we are too wealthy to care. As Ramsden challenged, us the Western Church is in need of more Christians who will be willing to lay down our lives for people because we don’t see them as objects but as people.

Personally, I would argue that “human rights” puts the shoe on the wrong foot. We should, instead of demanding our own rights, be spending ourselves on behalf of others. But, whether we speak of “human rights” or as I prefer “human responsibilities” the truth is that everybody longs to feel special. As Christians we have a growing opportunity to love others as Christ has loved us. But that costs. It involves laying down our lives for our friends. Even in the secular consumeristic world in which we live, people will surely notice that.

The Global:Church forum has gathered 23 speakers from 11 nations and aims to highlight global leaders and theologians to help the Western Church.  You can watch other live streams this week on the Christianity Today site. 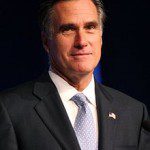 October 16, 2012
Evangelicals should support a Mormon's right to be President
Next Post