Leaders: it’s not so much about how you start, but how you finish

Leaders: it’s not so much about how you start, but how you finish September 16, 2013 Adrian Warnock 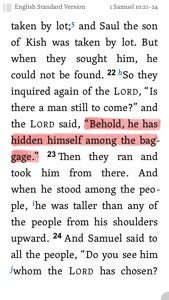 This morning I began to read the terrible tragedy that is the life of King Saul. It’s as though the beginning of the book with its emphasis on leadership successes and failures is preparing us for the big contrast between David and Saul.

I was looking at his beginning of Saul’s story for any hint of a root for the disaster that is to come. And yet it seems his beginning was very good. We see the following.

The sobering truth is that it seems Saul started well. The only hint of a problem is in the slightly pathetic picture of him hiding from Samuel when about to be appointed king. But he is not the only biblical figure to have been reluctant. I think of Moses right away. But could we see in that moment a hint of a man who didn’t really know God for himself? Certainly the contrast between him and the worshipping shepherd boy who would replace him is stark.

For me it’s enough to make me want to put my iPhone worship music on right now and spend some time worshiping! Could the heartfelt worship of God be an antidote for the corrosive power of being given positions of leadership and influence?

A Sign of the Times: When...
The Chorus In The Chaos
Books by This Author Books by Adrian Warnock