The Strange Fire  online conversation seems to just run and run. In the latest significant intervention, RT Kendall, who was a successor to Lloyd-Jones at Westminster Chapel has written an open letter to MacArthur: 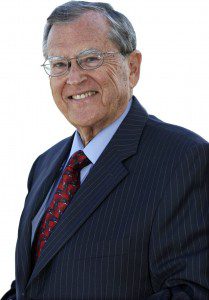 I have admired you as an able writer and speaker for years. I have not only read your book Strange Fire but listened to your talks as well as the panel discussions at your recent conference. I am as reformed theologically as you are and can say we are on the same page when it comes to many issues you address.

I was not prepared however for some of the things you said. I had to reread some parts to be sure you said what I thought you said. First, if your book purports the danger of offending the Holy Spirit with counterfeit worship, I fear you are in greater danger of offending the Holy Spirit by attributing His work to Satan. Does this not worry you? You are risking an awful lot by counting on cessatonism to be totally true. You have tried to turn the hypothetical teaching of cessationism into a dogma.

Second, surprisingly, you imply that my predecessor Dr. Martyn Lloyd-Jones would agree with you. A major portion of my own book Holy Fire is devoted to what he believed regarding the gifts, the baptism and the immediate witness of the Holy Spirit. He was no cessationist; he loathed cessationism. Nearly every Pentecostal and charismatic in Britain knew he was their friend. Not only that; he has turned more of them into reformed thinkers than anybody in the twentieth century. He would be horrified that you dismiss as demonic all contemporary testimonies of experiencing the direct work of the Spirit. According to you, my own baptism with the Spirit was demonic even though it led me to reformed theology without reading a single word of John Calvin.

Third, to be consistent, if you have got it right, we should counsel new Christians to disregard many Scriptures – e.g. those that encourage us to believe that Jesus Christ is the same yesterday, today and forever (Heb.13:8), that he still shows us when we are on the wrong track (Phil.3:15), that the Holy Spirit cannot speak today as he did to Philip (Acts 8:29) or that we should covet earnestly the best gifts (1 Cor.13:31).

November 17, 2013 VIDEO: MacArthur consigns charismatics to hell and likens them to Mormons
Recent Comments
128 Comments | Leave a Comment
Browse Our Archives
Follow Us!

9 Hymns for Those Struggling with...
Ponder Anew
Books by This Author Books by Adrian Warnock