Yesterday I had the joy of meeting a new friend, Tim Chaddick. A group of us from Jubilee Church London met with a group from Reality LA. It is always encouraging to meet like-minded people who God is using to build his Kingdom. I have heard a lot of good things about what God is doing in this young, growing church. It was so good to meet all of them, and especialy Tim with whom I have corresponded with on email before.

These guys get that we are living in a new era. An era of a global culture, where cities like LA and London often seem to have more in common than they do to distinguish them. A culture where many, especially the younger people, have not been part of church and then rejected it, they simply haven’t ever seen church as relevant for them. A time when we cannot assume anything. A time when our communication needs to be understandable and accessible, but not simplistic and patronizing. A time when people will be influenced by other pastors, and other voices so you better know how to get behind and encourage the good in those influences, whilst subtly correcting the bad. A time which calls for humble leaders who are not all about themselves, but who genuinely want to learn from others. We were all inspired, encouraged, and we learnt a lot from each other.

May God connect Christians across the great cities of the World to learn from one another and to partner together so that the Great Commission be fulfilled, and the World get to both hear about Jesus, and see his Kingdom represented well by great churches.

I thank God for meeting Tim Chaddick and some of his team. When we see men like that being quietly raised up and leading thriving churches, our confidence for the future of the Church increases. God is at work and he is doing a new thing.

Tim is also an author. He was kind enough to give me a copy of his book Better – How Jesus satisfies the search for meaning. It was fascinating to me immediately to see that he had used the word “how” in his title, like myself with Raised with Christ – How the resurrection changes everything. It strikes me that the modern generation is very interested in the answer to the “How” question. It is not enough to skillfully educate about theology, and assume the application will magically appear. We demand to be shown an answer to the “So what?” and “What do I do about this?” and “How will this change my life?” questions.

I’ve had time to have a quick flick through parts of Chaddick’s book, and it is clear to me that he writes in an engaging way that is accessible but not childish, and that gives answers to those critical questions,  helping us find meaning in our world of vanity. At Jubilee we use the slogan “Jesus is better” so that aspect of his title encourages me also. Tim’s book is based on a preaching series he did through Ecclesiastes, and seeks to honor Jesus as better than success, money, fame, power, and sex. I encourage you to get ahold of a copy.

You can read more about his book on his website, in LA magazine online, connect with Tim Chadwick on Twitter, and watch his sermons for free online. 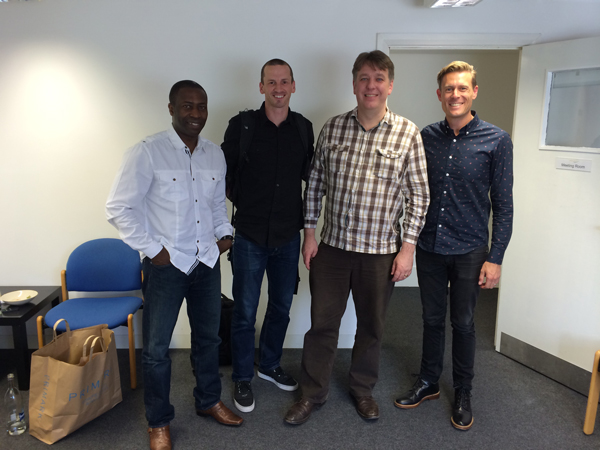 June 17, 2014
Win a FREE complete set of Spurgeon sermons for Logos
Next Post