What if the creditor nations decide to apply grace to Greece? 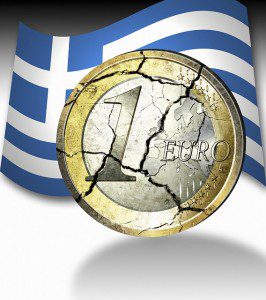 The world waits with bated breath as Greece and the rest of Europe are locked in an impasse. Greece says, “Enough is enough, we can’t cope with more austerity, we need debt relief.” Germany and others refuse to budge, presumably because they feel that if they grant relief to Greece, then Portugal, Italy, Spain, and Ireland will be next in line.

But Germany itself was the recipient of the grace of debts cancelled, as this article from back in 2013 in the Guardian explains so eloquently. How can the nation that benefited so clearly from the principle of debt forgiveness so brazenly refuse to extend the same grace to another? The current situation reminds me of a parable found in Matthew 18:23-35. I have reworded it here:

“Therefore the kingdom of heaven may be compared to some creditor nations who wished to settle accounts with their debtors. When they began to settle, Germany was brought  who owed vast sums and had caused death and destruction across the world twice within fifty years. And since Germany could not pay, the creditor nations ordered them to practice severe austerity, with everything else being cut so that payments could be made. So Germany fell on their knees, imploring, ‘Have patience with us, and eventually we will pay you everything.’

And out of pity for Germany, and enlightened self-interest, the creditor nations released Germany and forgave half of the debt. Not only that, but they came to an agreement that future debt repayments would only be made as a proportion of money earned by exports so that no further loans would be needed to pay off the old ones.

After 60 years had passed, Germany realized that one of the very nations they had occupied and destroyed had got themselves into a severe debt crisis. Germany, now the chief creditor nation found Greece and seized it, choking it through austerity that was unsustainable, saying, ‘Pay what you owe.’ So his fellow nation fell down and pleaded, ‘Have patience with me, and I will pay you at least some of what I owe.’

Germany refused and went and cut off the flow of money so that banks would have to close until Greece agreed to pay the debt in full. When the fellow creditor nations saw what had taken place, they did nothing. Sadly, nobody had the courage to say to Germany, ‘You wicked nation! We forgave you all that debt because you pleaded with us. And you should have had mercy on your fellow servant, as we had mercy on you? What is more you kept lending Greece money so that you are now their main creditor even though you knew they could never repay you.’ And although no country leader dared to say this to Germany, many thought it. And in the end Greece had no choice but to declare themselves bankrupt, leave the Euro, and behold Germany and the other creditor nations sustained vast losses on the debts for which they might otherwise have received at least some repayment, had they offered grace.”

The Bible describes an economic system where nobody could owe money for more than fifty years without it being cancelled. This is called the year of Jubilee. Imagine how much more careful creditors would be before lending money to a poor person or nation that simply could never afford to pay it. It is very easy to point the finger at those who borrow more than they can afford.  Indeed they must take some of the blame.  A famous proverb says

The rich rules over the poor, and the borrower is the slave of the lender.  (Proverbs 22:7)

Debt is to be discouraged, especially when that debt is unsustainable.  But we cannot simply blame the poor whether individuals or a nation.  The very next verse surely applies to the folly of those who extend a line of credit to those who cannot pay, and then enforce severe punitive payment terms, which means that if the debtor ever does pay, the total interest payments will have far exceeded than the original loan:

Whoever sows injustice will reap calamity,and the rod of his fury will fail. (Proverbs 22:8)

The truth of the current situation in Greece is that there has been no real bailout of Greece.  What has happened instead is there has been a bailout of German banks (and the banks of other nations).  These banks should have never loaned the money they did to Greece. And their foolish lending should never have been rewarded with a bailout.

In a currency union the rich parts of the union will always have to subsidize the poor. They do this willingly out of solidarity, and out of enlightened self interest.  Germany in particular has become very rich by being a part of the Eurozone.  Poor areas of the UK are subsidized by rich, and the same happens in the USA.  In the same way the Eurozone needs to see the canceling of vast amounts of Greek debt as part of the cost of being in a currency zone.

American cities have defaulted on their debt (and we could imagine a state doing the same) without being forced out of the Union, or being told to print their own currency.  The Eurozone has a stark choice this week.  Either swallow the idea that part of their currency union can default on debt, and remain a member.  Or, expel Greece (which may not even be legal) and watch the slow unraveling of the whole Euro project, and possibly the EU itself.

What is needed is bold leadership that will say the unsayable, think the unthinkable, and act for the good of the poor nation of Greece, which in turn will be for the good of the rich nations also.  How sad it is that we do not seem to have anyone in positions of power in Western nations who look like they will be bold and gracious enough to do the necessary.

William Hague wrote a fantastic article in today’s Telegraph which develops how fatally flawed the Euro project has always been. His famously prophetic phrase first uttered in 1998, sums up Greece’s predicament: “Stuck in a burning building with no exits.” Here is a short extract from Hague’s article. It is well worth a read:

Economics has few laws, which is why economic forecasts are so maddeningly unreliable. If it has one law, it is this: that if you fix together some things which naturally vary, such as interest rates and exchange rates, other things, such as unemployment and wages, will vary more instead. And in a single currency zone, which has exactly this effect, you can only get round these problems by paying big subsidies to poorly performing areas, and expecting workers to move in large numbers to better performing ones.

This is what happens in the United States, or indeed within the United Kingdom. In general it works. In the eurozone it does not work, because either Greeks have to cure their poor economic performance or Germans have to pay them big subsidies forever, and neither are willing or able to do so.  READ THE REST 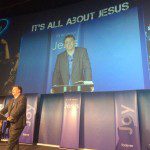 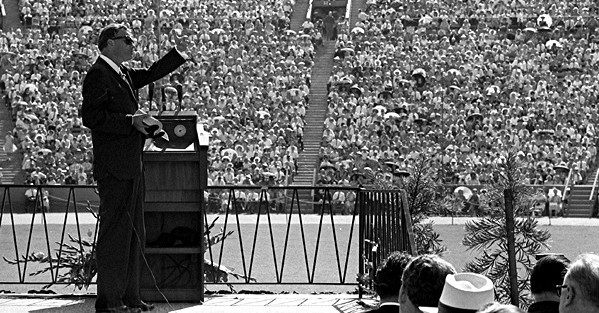 July 27, 2015 Why I am still an Evangelical
Recent Comments
3 Comments | Leave a Comment
Browse Our Archives
Follow Us!

What We Can Learn About Generational Guilt from...
One of the more problematic ideas with the social justice trend in...
view all Evangelical blogs
What Are Your Thoughts?leave a comment
Copyright 2008-2020, Patheos. All rights reserved.