Here’s a list of my favorite “manly” actors from today’s movies—there’s a whole different list from yesteryear.  Most of the young actors today don’t have the chops to compete with these guys in the acting or masculinity departments.  Interestingly, most of these guys are known conservatives (what a coincidence).  I intentionally left off Bobbie DeNiro because he’s too obvious and he’s been in too many bad movies lately.  Although with classic movies like Raging Bull, Taxi Driver, The Deer Hunter, Goodfellas, A Bronx Tale, and Godfather part II, he definitely deserves to be on the list.

Robert Duvall:  Perhaps one of the best actors of all time—he’s been in a ton of movies.  If he is in a movie you can just about bet it will be good.  He’s been in some of the greatest movies of all time.  Coincidence—I think not.

Liam Neeson:  Another “manly” guy who’s been in some great movies.  An Irishman, he’s also got a great voice as evidenced by being the voice of Aslan in the Chronicles of Narnia movies.  Besides anyone who can make a great movie like Taken, deserves to be on this list.

Daniel Day-Lewis: I’m not sure I’ve ever seen a movie where Daniel Day-Lewis didn’t take over the screen.  Also an Englishman/Irishman.  He’s an intense guy, remaining in “character” during filming.  He’s also probably pretty private as you never hear anything about him.  Reportedly he’s very selective in the films he makes, often waiting five years between roles.

Movies:  My Left Foot, There Will Be Blood, Gangs of New York, Last of the Mohicans, The Crucible, and The Boxer.

Pierce Brosnan:  I’m not sure why there are so many Irishmen on my list, but here’s another.  Earlier in his career (during his Remington Steele days) I was not that impressed with him, but as he’s gotten older I find myself enjoying the range of acting he provides.  He seems to have worked hard at his craft over the years to become better.  He hasn’t been in many great movies but I find myself enjoying him in small parts when I see him.  He produced and acted in a little known film called, Evelyn, which was a wonderful movie—catch it if you can find it.

Sam Elliott:  Best voice in movies today hands down.  Not since Robert Mitchum has an actor’s voice been so distinctive.  Great in any “manly” role from cowboy to biker to soldier.  Pretty good ‘stache as well.  Classic supporting performances in Mask and We Were Soldiers.  Beef—it’s what’s for dinner.

Movies:  The Shadow Riders, Mask, the Quick and the Dead, Conagher, Tombstone, The Big Lebowski, and We Were Soldiers.

Tom Selleck:  A former male model and beach volleyball player, but still a “manly” guy.  Never been afraid to sport facial hair either.  Starred in the TV series Magnum P.I. before switching over to the big screen.  He still does good TV work starring in the popular Jesse Stone series and Blue Bloods.  He’s also supportive of the National Rifle Association (NRA) which makes him a good guy in my eyes.

Movies:  The Sacketts, Shadow Riders, Three Men and a Baby, Quigley Down Under, and Crossfire Trail.

Mel Gibson:  I know, Mel has fallen out of favor with the Hollywood political correct crowd.  He made some big mistakes, but who hasn’t.  But he’s also made some of the greatest “manly” movies of all time.  Besides he’s a big Three Stooges fan.  So get your panties out of a bunch and just look at some of his work:

Movies:  Mad Max (series), Lethal Weapon (series), Braveheart, Passion of the Christ, The Patriot, The Year of Living Dangerously, The Man Without a Face, We Were Soldiers, Signs, and What Women Want.

Russell Crowe:  Russell Crowe is also out of favor with the Hollywood elites.  Crowe like Gibson is an Aussie, which may have something to do with his unbreakable spirit which rubs people the wrong way.  He’s also in a rock band and owns a rugby team.  The Islamist terrorist group al-Qaeda wanted to kidnap him.

Movies: Gladiator, A Beautiful Mind, LA Confidential, Master and Commander, Cinderella Man, The Quick and the Dead, 3:10 to Yuma, and a surprisingly good Robin Hood.

Bruce Willis:  Bruce is always good for an enjoyable action flick where you don’t have to think too hard.  He’s also not afraid or too vain to show off his bald dome.  Became popular in a TV series called Moonlighting in the 80s.

Movies:  Pulp Fiction, The Sixth Sense, Unbreakable, Sin City, Die Hard (series), The Story of Us, The Fifth Element, Grindhouse, 16 Blocks, and Tears of the Sun.

Gene Hackman:  Perhaps my favorite all time actor (next to Clint).  Any movie Hackman is in is a good film.  Like all great actors he has longevity—he’s been consistently good for a long period of time.  He’s also a fiction writer with four novels under his belt.

Clint Eastwood:  Okay, here’s the bonus.  The granddaddy of all “manly” actors—Clint!  He’s a masculine icon for generations of men.  From Rawhide to spaghetti westerns to a tough cop, Clint’s perhaps the most productive producer, director, and actor alive today.  He works with the same crew every film and has great loyalty on the set.  Besides that he was the mayor of Carmel, CA.  If I’m bored—I’m looking for a pizza and a Clint Eastwood movie.  Go ahead—make my day.

Want to see another illustration of masculine stereotypes?  Watch the trailer for my latest book at: http://www.youtube.com/watch?v=RL1PBVnCeRw&feature=plcp

November 7, 2012 Are You a Pilgrim?
Recent Comments
0 | Leave a Comment
Browse Our Archives
get the latest from
Family
Sign up for our newsletter
POPULAR AT PATHEOS Family
1

According To The Qur'an, When Are...
Muslims for a Safe America
2

According To The Qur'an, When Are...
Muslims for a Safe America
Related posts from A Few Grown Men

Children Need Structure from Loving Parents
Structure. Being a dad is hours upon days upon weeks upon years... 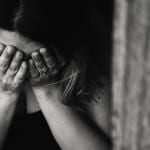 The Election Probably Won’t Be Over on November...
In the pre-electronic age, wherever people clustered together and built community buildings...
view all Family blogs
What Are Your Thoughts?leave a comment
Copyright 2008-2020, Patheos. All rights reserved.