With all the negative outcomes regarding promiscuous sexuality, it is especially important that our pre-teens and teenagers be properly educated about the dangers involved. But it’s difficult talking to your kids about sex. That’s why many parents today leave the sexual education of their children to the schools. Because it’s difficult (and it is difficult talking about sex to your kids), it’s easy to justify putting it aside until it’s too late. But because it’s tough is precisely why it’s our duty as a parent to teach our sons and daughters about the value of healthy sexuality.

The problem with allowing others—like public schools—to sexually educate our children is that their values may not correspond with ours. Currently the most popular sex education program in public school districts across the country is called “Comprehensive Sex Education.” Abstinence training has fallen out of favor with the current administration taking over federal funding, and groups like Planned Parenthood have eagerly stepped in to fill the gap. The term “Comprehensive” would appear to indicate that it covers all aspects of sex education, including abstinence.  The problem with their philosophy is that even the way they teach abstinence is probably shocking to most parents. One of the more popular curriculums of comprehensive sex education teaches abstinence by having small co-ed groups of sixth to eighth graders get together and study a list of sexual behaviors such as anal intercourse, mutual masturbation, and oral sex to determine a consensus on what they (the young people) consider to be abstinence. It seems very embarrassing and humiliating for a twelve- or thirteen-year-old girl to have to discuss these kinds of activities with a group of boys. Most parents I know wouldn’t want their young sons talking about that kind of stuff with girls either.

Another aspect to this program is having students explore the benefits of “Outercourse.” This teaches students who want to engage in abstinence to discover the sexual pleasures associated with sexual intercourse without actually engaging in penetration. Their rationale is stated as such: “When young people are making decisions about abstinence, it is important for them to consider not just what their abstinence definition prohibits them from doing, but also what it permits. . . . when outercourse is considered consistent with a person’s own definition of abstinence, most of the pleasures of sexual intercourse are possible, and much safer” [bold print is in original material].

I am a huge believer in the value of education, and I don’t believe that abstinence is the only aspect of sex ed we should teach our kids.  But what in the world are supposedly intelligent adults teaching our children?

I wasn’t particularly comfortable talking about sex to my son, much less my daughter. But if you start early and can become comfortable discussing these issues before puberty sets in, you’re probably the best person to introduce him or her to a subject that can be either a friend or a foe throughout their lifetime. Your children will go through puberty and they will have many questions. Wouldn’t you rather they get the answers to those questions from you than from their friends down the street—or worse yet, from the entertainment industry (or maybe even the public education system)? Talking about sex early and often while your children are growing up gets them comfortable communicating with you about it when it really counts—when they get to be teenagers.

In order to be able to discuss openly with your son a healthy vision for masculine sexuality, or your daughter a vision of healthy femininity, you’ll have to develop a strong relationship. This will require you reaching out and making the effort to foster a closer relationship. Your son or daughter probably won’t come to you and initiate discussions about sex.

As a parent, your wisdom and life experience are the most valuable contributions you can pass on to your children. The mistakes you’ve made in this area can help keep your son (or daughter) from making the same mistakes—but not if you don’t share them.

Question:  What is your strategy to teach your children about healthy sexuality? 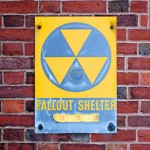 How Can Having a Narcissistic Parent...
Terry Gaspard
Related posts from A Few Grown Men