What college men really need from the church

Two days ago Marcus Brotherton wrote an excellent post on this blog: “Why College Men Need Church.” If you haven’t read it, please do so.

Brotherton cites a sad statistic that’s becoming an epidemic: most boys who are raised in church abandon it during their late teens and early twenties. He warns these young men:

Why is this gap such a problem? It means you’ll pass through your most formative years as a young adult with your Christianity on the back burner. All the life-shaping decisions of that decade—to finish college or not, what career to pursue, where to live, whether to get married, who to marry, whether to have children, and many more crucial questions—will take place without the positive influence of spiritual assembly.

Then he pivots to the central metaphor of his essay: college men need church like Luke Skywalker needed Dagobah.

For those not immersed in Star Wars lore, Dagobah is the murky planet Luke visits to complete his training as a Jedi.

Luke has a certain experience in mind – he’ll arrive on the planet and be greeted by his warrior/mentor, who will guide him through a series of well planned lessons that teach him to do amazing things. His training will proceed smoothly until he’s acquired the skills he’ll need to defeat his archenemy.

But instead, everything goes wrong. His ship crash-lands in a swamp. Hostile creatures emerge from the muck and nearly kill him. And he fails miserably before his pint-sized mentor, Yoda, whom he almost failed to recognize.

Yet this seeming debacle transforms Luke into a true warrior.

Marcus compares the local church to Dagobah; both are gnarled, fetid, fearsome places plagued with discomfort. He implores college age men to stick with the church during these years.

I’d like to take Marcus’ metaphor even further: What young men actually need is a more intentional Dagobah experience. Maybe guys are leaving Christianity because they are longing for a kind of discipleship they see in the movies, but can’t find in the local church.

If you’ve read the Bible, these steps should seem familiar.

Jesus put his disciples through a three-year Dagobah experience. Go back and read the list again. These steps describe how Christ dealt with his Apostles. Only after they endured these tests did the Spirit come – and they were empowered to change the world.

Why don’t we disciple men like this any more? Honestly, I think we’re afraid of what we can’t control. So we put men into spiritual incubators and spoon-feed them the answers. Bible studies. Volunteer projects. Pancake breakfasts. Crack-of-dawn video teaching sessions.

Nothing wrong with any of these incubators. They work great for older guys. But young men need Dagobah.

The Mormons realize this. They send their college age men on a two-year mission. These 19-year-olds are torn out of their comfort zones and shipped to a strange land. From day one things go wrong. The young missionaries never know what to expect. They’re verbally attacked. Most never win a single convert. Their missions seem to end in failure.

Yet over that two-year period something changes. They become men. Their faith (or lack of it) is revealed. The LDS misison is one reason Mormonism is North America’s fastest growing religion – and remains very popular with men.

I’m working on a true Dagobah approach to discipleship. I call it Men’s League. My goal in the next eleven months is to find a bold church that will bring me on staff and allow me to develop it within a congregation.

I will leave Alaska and move anywhere in the English speaking world to do this. I just need to find the right church that believes in me and is willing to take a big, frightening chance.

The Men’s League approach differs from any other men’s ministry regimen I know if. It’s not based around book study, peaching and discussion. It’s not designed to nurture men’s faith. Instead, it is a series of tests. The tests are confusing. Challenging. Frustrating. We don’t give men the answers. Heck, some weeks we might not even open the Bible (gasp).

The men who persevere become the next generation of disciple makers.

Please pray that God helps me find a church with the guts to roll this out. My goal is to be in that church in the fall of 2014.

So how about you? Has God led you through a Dagobah experience? An experience where you are out of control? Where you don’t understand what’s really going on? Where your faith is being severely tested? Feel free to share it in the comments below. Or join the discussion on my Facebook page.

October 10, 2013 Teaching Our Kids to Kill Prostitutes
Recent Comments
0 | Leave a Comment
"Learn to do everything right without being asked? I guess your right that would free ..."
Venomlaced Why Your Wife is Reading “Fifty ..."
"Why are Christian women always being criticized"
monique Holl What Christian women really, really want
"Jesus was a jackass."
Isaac Edward Leibowitz I’m a little concerned right now ..."
"Nope, I have read it and this is one area in my marriage that keeps ..."
Guest Why Your Wife is Reading “Fifty ..."
Browse Our Archives
Related posts from A Few Grown Men 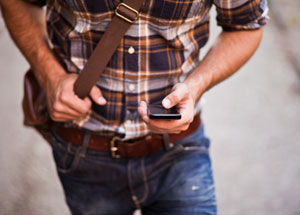 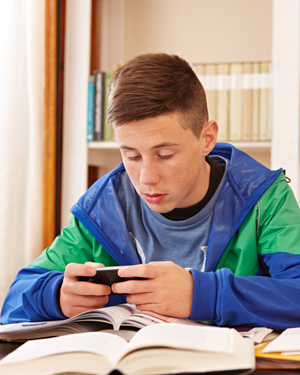