Defending Our Symbols: Why It Matters

Defending Our Symbols: Why It Matters January 11, 2021 Lea Svendsen

In the aftermath of the Capitol Incident, I had the privilege to speak with a reporter from Religion News Service. Emily McFarlan Miller wrote a wonderful article about the heathen and pagan response to That Guy’s tattoos ft. our own Jason Mankey (and yes I know That Guy has a name, but I believe there’s power in using names, and I would rather not sully my writing space or my brain with it. This is one of the few times it’s a blessing to forget someone’s name immediately after hearing it!). Once again, I’m extending my gratitude to Ms. Miller for bringing attention to the pagan community’s condemnation of  the siege and of the fallout we’re facing by having our religious symbols mistaken for icons of hate.

During our conversation, she asked me why I’d felt so compelled to write a reaction piece after seeing the tattoos. I was glad for the question, because it gave me a chance to point out the fact that really, this isn’t about us. To be honest, it’s not about defending our religion. The gods can take care of themselves. Besides, there’s nothing to defend: heathenry itself is a neutral philosophy. Yes, there’s emphasis on acting honorably and supporting our communities through good works and fellowship. Every religion can be perverted by the wrong people, and every religion has, no matter how perfect the philosophy.

We’re Part of a Larger Community

I feel so strongly about speaking about what our symbols represent and why it’s bothersome to see them used by those who wish to terrorize is, well, because terrorism doesn’t end in a photograph taken at the Capitol. I wear one of my many Mjolnir pendants daily along with a necklace inscribed with the runic version of Loki and Sigyn’s names. They’re articles of faith, worn for my own inspiration and protection, and I’m not going to stop or hide them because some brainwashed QAnon cultist played banana republic with a massive Mjolnir tattoo.

Defending Nordic symbols matters because I don’t live in isolation. I have a public facing job for my M-F 9-5, and I wear these pendants openly at work. I joke that management has lost their minds because I’m the last person who should be allowed to interact with the public due to my tendency to blurt out whatever snarky joke comes to mind, but my role involves talking to (or at least seeing) everyone who comes in for service. I secretly enjoy it because I like to chatter and make people laugh. I like people to feel comfortable and relaxed and leave with a smile, even if it’s a bemused “what the hell is wrong with that weird lady” kind of grin.

I live and work in a small city with an incredibly diverse population. My neighborhood is fantastic because my block alone is a cross-section of ethnicity, cultures, languages, and beliefs (during a recent snowstorm, five of us assembled in one of the alleys to help free a stuck minivan. Three different languages were spoken, and though we didn’t all understand each other’s words, we communicated flawlessly in our coordinated efforts between shoveling and pushing). It’s a really cool place to live, and I get along well with everyone.

I’m an Ally. Please Don’t Be Afraid of Me.

The people I help at work are also a multitude of races and backgrounds and orientations, and with my Mjolnir and runes on full display at every interaction, it’s important that they don’t represent hate. There’s real concern about a BIPOC or member of the LGBTQA+ community seeing my Thor’s Hammer and connecting it to far-right extremism thanks to things like That Guy swanning around the Capitol. It’s not even that I don’t want people to mistake me for a bigot – I don’t want anyone to be afraid of me or feel unsafe around me.

Heathenry is very community-focused. In my daily life, I’m aware of the people around me and like to engage in friendly chatter. It’s nice to forge a sense of camaraderie when waiting in line somewhere (don’t worry! I’m not that obnoxious nosy person babbling at you against your will!  I just have the kind of face that conveys a message of “hey, what’s up?” I guess, so other people almost always start the conversations). I consider the neighborhoods in which I live and do errands and work to be just as much my community as the collective of heathens I refer to as our community. It’s important to be involved and be on good terms with people in your community because we’re the ones who are going to help one another when it’s needed, not the GOP or the Democrats, not the mayor or representatives. We have to look out for each other.

That’s the entire point I’m trying to make when I speak out against hate groups using religious symbolism. I stand against bigotry, loudly and obnoxiously, and I want minorities and people who are “othered” and victimized by extremists to know I’m an ally and they’re safe around me. It’s impossible to serve and help and build your community if people needing support are afraid of you.

Defending the symbols of our faith is necessary because I have just as much right to wear Mjolnir as a Christian has to wear a cross. The last thing I want is for people to be uncomfortable or feel unsafe when they see my Thor’s Hammer.

Mjolnir is a symbol of protection, and the only ones who should fear it are enemies. FTN! 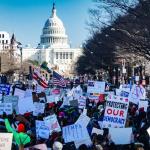 January 7, 2021
A Heathen's Reaction to That Guy at the Capitol Siege
Next Post

January 20, 2021 A Prayer to Sigyn
Recent Comments
2 Comments | Leave a Comment
Browse Our Archives
get the latest from
A Fox Among Ravens
Sign up for our newsletter
POPULAR AT PATHEOS Pagan
1

The Cleansing Power of Salt Bowls:...
Starlight Witch
Related posts from A Fox Among Ravens

Pagan
A Heathen's Reaction to That Guy at the...
A Fox Among Ravens 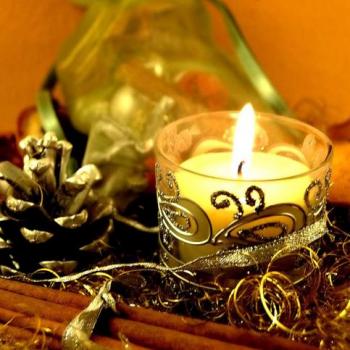 Where is the Mercy? White Reflections on Death
A few days ago I lost a dear friend due to Covid-19,...
view all Pagan blogs
What Are Your Thoughts?leave a comment

2 responses to “Defending Our Symbols: Why It Matters”