I have been fascinated by the collapse of the right wing attack on women that has been backfiring every since they attacked Planned Parenthood through Komen.  It seems to me it is like a kamikaze charge by the most demented foes of the feminine in all its forms, from Santorum and Romney to the ‘christian’ right and the secular culture warriors such as Rush Limbaugh. There are three dimensions that are particularly important for us Pagans.

1.  It demonstrates “Framing Is All.” Framing is the term George Lakoff used to emphasize that the wider context within which an issue is addressed is often more important than the actual evidence and reasoning used.  Komen made little attempt to frame their right wing agenda, provoked a huge backlash by women, and hopefully is washed up as a charity.  Then Darryl Issa and other Republican sociopaths held hearings on the Obama administration’s decision to require contraception in health insurance.  Issa invited only male ‘religious’ leaders, underlining that this was not anti-woman, it was “religious freedom.”

By that time an alternative frame was emerging from the decent part of our society- the right was waging a “War on Women.”  There was then a battle of the frames for a while in the media, during which the Democrats invited Sandra Fluke to testify. Limbaugh made his attacks and tried to frame her as a slut.  The very extremeness of his viciousness played into the competing frame that the right wing was waging a war on women.  Now we do not hear much twaddle about “religious freedom” and the Republican Party is plummeting in support among women.

There are other examples as well but these make my point I think.

Notice, none of what I wrote here refers to the actual reasoning behind the contraception issue. Yet I would argue that throughout the framing usually trumped the reasoning pro and con.

2. Republican and right wing framing seeks to separate the heart from the mind. If they can do this they make their side a moral crusade where facts get lost.  It’s an old tactic and an effective one.  Remember “values voters?”  The implication is that they have “values” and the rest of us need to get some.  And so on.  The successful counter attack by decent Americans UNITED heart and mind.  It did not stay at the level of wonkishness, debating the pros and cons of different approaches to contraception although it did not ignore it.  It also made it a moral issue of women’s control over their bodies and lives.

We can do this because, not to put too fine a spin on it, usually it is progressives who have the moral position.  usually the right wing is the party of domination and oppression.  We need to make that point clear over and over.  I explore this in a post on Beliefnet that looked at how right wingers could come to abandon their beliefs, including stories from my own past. My argument is that the biggest barrier to getting them to adopt a more humane approach is to get through to their hearts, not their minds. Intellectual understanding grows best after the heart has begun to open.

A number of very perceptive philosophers have long pointed out that reason does not rule, what David Hume called the “passions” does.  By “passions” Hume meant our hearts and secondarily, our emotions.  Reason is a tool that cannot on purely reasonable terms even tell whether life is better than nonlife.  In Star Trek as I remember, Spock, the supremely rational member of the starship Enterprise’s crew, had to go into an irrational mating frenzy in order to reproduce.  There was great insight in that episode.  Reason is powerless unless connected to our “passions” and from a spiritual perspective the most powerful of all is the heart.

And now to explicitly Pagan issues.

3. Our conservative and right wing Christian opponents try and frame their position to give them the upper hand.  One of their most effective methods is to point to violence and crime and argue that it is fear of God that keeps people well behaved. This is a frame that once accepted makes it difficult to prevail.  Consequently it is vital to not accept their frame, and turn it against them while offering a better and bigger frame. I describe this in my Beliefnet post of a while back, A Pagan lesson for an evangelical.

This blog grew out of my  most recent Beliefnet post which also discusses this issue, and suggests our looking at the work of George Lakoff to better understand these issues. 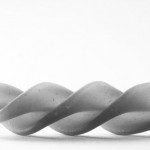 March 7, 2012
The Shape and Nature of Energy
Next Post 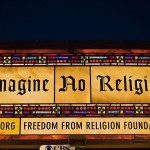 March 14, 2012 The Pagan/Atheist Alliance
Recent Comments
0 | Leave a Comment
"Thanks Kyllein and sorry that I didn't respond sooner. Yes, I agree, it was well ..."
Brianne Raven Wolf Between Two Worlds: Anna, Another Lesson ..."
"Charlie, wow, thank you. I got to your article by searching for the meaning of ..."
Madam. V. Of Light & Shadow: Anubis, God ..."
"That's such a very reassuring article. I too have a little of that "being outside ..."
JenniWest The Corner Crone: Theory, Practice, and ..."
"I'm so glad you had a good time Martha! Can't wait to see you next ..."
Nathan The Corner Crone: Theory, Practice, and ..."
Browse Our Archives
Related posts from Agora