The Shape and Nature of Energy

The Shape and Nature of Energy March 7, 2012 Adrian Monogue 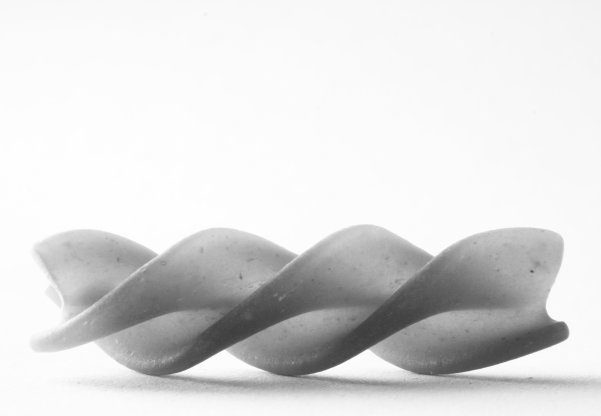 I recently discovered an article on radio waves that really got me thinking (Here is a more scientific article). It’s a fascinating article about how a simple change in shape of the  wavelength changes exactly what we are able to do with the wavelength and the direct effect of those changes. Basically, the article states that by making an adjustment to how the radio waves are transmitted, they are able to stack more of them on top of one another. Instead of a straight transmission, by adding a spiral to the transmission dish they are able to transmit a greater amount of data.  Essentially, they took a straight piece of pasta and spiraled it like a piece of fusilli pasta (pictured above) instead. I thought that this was a simple but ingenious change. And then it hit me!  EUREKA!!  How would a simple change like this effect energy used within the craft?

There are those that say stuff like Science and Paganism are two entities that don’t really mesh well. I am not one of those. I enjoy using the two devices to prove one another. In fact my favorite definition of magic is from The Book of the Sacred Magic of Abramelin the Mage. It defines magic as “the Science of the Control of the Secret Forces of Nature”. So this idea opened up a lot of doors for me. I am still imagining all of the possibilities of how altering the way I send forth energy in a cone of power, or a how using a spiral candle vs a straight one might effect the potency or out come of my candle magic. Perhaps a group of people could even mimic the experiment in the article and layer cones of power on top of one another and send them in one single, beautiful, transmission of energy and will. I certainly think it is worth the time to experiment!

And while I began to ponder and pontificate about all the various ways I could use this, I began to wonder something else. Spirals and energies are not such a new concept to Paganism. The Fibonacci sequence creates a spiral (also see  golden spiral) by drawing circular arcs connecting the opposite corners of squares in the Fibonacci tiling. This is also similar to spiral of the nautilus shells. One such example is how I was taught to place my altar within the circle when the altar could not be placed in the exact center, say due to a fire pit or maypole. I was taught that we place the altar within the circle in the  same hemisphere as the dominant magnetic pole (North for Northern Hemisphere, South for Southern.) From there we would work out the golden spiral formula to determine the exact placement of the altar (whenever possible).  This way the altar would intersect the golden spiral within the dominant hemisphere.

After this,  I began to wonder what other shapes with in nature might have a significant impact like the spiral on energy work.  One of the things that I thought was interesting is how plant’s leaves grow in the Fibonacci sequence to better be able to grab and utilize the energy of the sun. I began to look for other shapes and stumbled across the torus and the website of the Thrive movement. Their page about fundamental patterns was very similar to many of the diagrams I had seen drawn for the description of energy patterns within ritual.  The section on fractals seems to mirror the hermetic axiom of “As Above, So Below. As Below, So Above.” even.

It makes sense that the torus shows up at every scale, because we seem to live in a fractal universe. “Fractal” means that the same patterns are repeated at all scales, whether you look through a microscope or a telescope. When you look at a small part of a fractal, it has a similar appearance to its full shape. Mountain ranges, river beds, plants and lightning discharges are familiar examples.

To me, nature is a theophanic representation of the divine. It is a very real and physical manifestation of it.  It speaks to us in the language of symbols which we try and interpret through our faith and the natural sciences. I wonder what we will learn if we keep an open mind willing to hear what nature has to say. After all, symbols are the language of our subconscious. 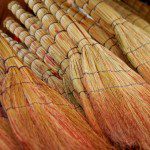 March 7, 2012
Dear Jasmine: Coming out of the Broom Closet
Next Post

March 14, 2012 Framing, Limbaugh, Pagans and Christians
Recent Comments
0 | Leave a Comment
"I found myself more attracted to High Majick because it is cerebral. This does not ..."
Brenda Keitt Pergamum Unfurled: Review – Scott Cunningham’s ..."
"This is a beautiful elegy for the love you shared with each person and creature. ..."
Badgergrl Phoenix Rising: Cerridwen’s Cauldron – Dealing ..."
"This was a cool way to celebrate. With increasingly widespread vaccination there is no reason ..."
kenofken Between Two Worlds: A Covid Beltane ..."
"Thank you for reading!"
Martha Kirby Capo The Corner Crone: An Altered State ..."
Browse Our Archives
get the latest from
Agora
Sign up for our newsletter
POPULAR AT PATHEOS Pagan
1