How Sexual Was Your Beltane? 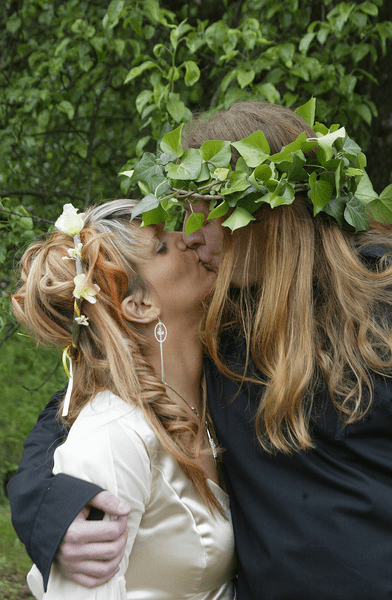 Many of us in Pagandom participate in several groups/circles/covens etc. My preference has always been to be a part of a small, intimate group (sometimes a full-fledged “coven,” sometimes not) along with a larger, more open circle. The small group becomes my place for serious work and instruction, and hopefully lives up to the idea of “perfect love and perfect trust.” The larger group satisfies my social urges, and allows me to be a part of my greater community. There are unique aspects to both types of groups; aspects that can’t be replicated by the other.

My coven work allows me a level of freedom and comfort generally unattainable at a ritual with over forty people. Many of those experiences have been skyclad, or involved ritual nudity to some degree. During “more wild” ritual there can be a feeling of “everything goes,” and that all consenting adult behavior (and antics) are on the table. (For the record I’m a devotee of both Pan and Dionysus, and have been known to throw the occasional ritual in honor of Jim Morrison.) “More wild” rituals have never resulted in orgies* or the worst of rockstar self-indulgence, but they’ve often had a sexual component, and a frank acknowledgment that me and many of my friends are, well, sexual. Amongst my best friends, and with everyone aware of what was going to transpire before the fact, this has never been a problem, and it’s often a welcome (though infrequent) escape from mundania.

Large, public group ritual tends to be free of more adult elements, as well it probably should be. Many of the open circles I’ve attended over the years have had children present, and Pagans of varying moralities and experience. Not every Pagan is polyamorous, or comfortable around nudity, or uses alcohol as a sacrament, and those things shouldn’t be expected either. Many public rituals are in local parks, and out here in California, a lot of them are in Masonic halls and churches. What happens in my living room is not necessarily what should happen in the Fellowship Hall of the local Unitarian Universalist Church. Even with all the rules (written and unwritten) public ritual offers a “gathering of the tribes” feeling that I can’t replicate with just twelve people. I’ll forever love that feeling of being “with the folk,” even if that being generally results in a PG rating.

I’ve had some amazing experiences at closed door Beltane rituals, but my most perfect Beltanes have been all day or overnight affairs, generally with large groups of people from a diverse cross-section of Paganism. Those favorite Beltanes were generally open rituals, but on private property, allowing for a wide open feeling, but with everything held to a solid PG-13 rating in public spaces. There were Maypole dances, dalliances, kisses stolen in the moonlight, and those fleeting moments of near perfection and true happiness that only occur while communing with my gods and chosen family.

All of those mostly public rituals had sexual overtones to them, it’s nearly impossible to celebrate Beltane without at least a casual glance towards coupling, but we always tried to keep it down to a John Hughes-80’s teen angst level. There were courting rituals with the Maiden playing hard to get, and the Goatboy** doing his damnedest to be charming (and usually failing, at least for a while). I’ve written rituals with guys chasing girls (and girls chasing guys), reminiscent of school-yard games of too long ago to think about now.

I’ve always looked at Beltane as the day when the courtship of the Maiden and Horned Youth was consummated. The most powerful confirmation of that joining has always been (to me) the Great Rite. I sometimes feel as if the Great Rite is something glanced over in ritual, “Look at me I’m putting my knife in this cup!” but to me it’s always been one of the core expressions of Pagan Spirituality. The symbolic Great Rite at Beltane is an “Oh Shit” moment; it’s the acknowledgement that the Earth is again renewed through the two polarities of male and female. It’s overtly sexual and obvious without needing a detailed explanation.

While this post will get into a level or prudishness in another paragraph or so, I need to make sure you know that I’m not a prude. Many of those rituals I loved so much saw couples walking together into the woods to go “Beltaning.” I’ve been to Sacred Sexuality Beltane Celebrations that are probably close to what you might be imagining. I’m comfortable with myself and my sexuality, and all of that is due to the sex positive message of Paganism. (There’s also a strong element of “sex smart” to be found in Paganism these days too, I so love being a part of a generally responsible tribe.)

When some friends of mine came over recently to have my wife and I look over their Beltane ritual I was surprised to find myself a little bit aghast and surprised by the large amount of sexuality in their rite. One section included a ritual spearing of the Maypole into the wreath designed to crown it. During this “spearing” (and obvious Great Rite) the men held the Maypole and the women the wreath with cat-calling between the sexes written into the script. Some of the lines written for the ritual gave me pause, lines like the men saying “Nice bush” to the ladies and the ladies responding with “Is that a Maypole in your pocket or are you just happy to see us?” Lines like that wouldn’t bother me in a private or all adult setting, but they make me uncomfortable when children are around. I think it’s fine to nod and hint about things, but I’d rather do it with a wink than with “it’s a woody for you.” (For those of you thinking I was raised down South, you’re right, I was, just outside of Nashville, Tennessee.)

I think the thing that bothered me most was the construction of a “Temple of May” for the ritual. Such a thing sounds like a great idea on a few acres of land where it can be placed out of earshot of everyone in attendance. This ritual was in a backyard, a large backyard by California standards, but the Temple of May still only ended up being twelve yards away from where we were all eating lunch. It’s not the idea that bothers me, but the “in your face” of it. Parents generally have sex only yards away from their children, it’s a part of living under one roof, but it’s not usually in the middle of the day in a backyard. It just felt out of place for me in the context of an open group ritual that also featured a ritual component for children. Had this all been on a larger piece of property I probably wouldn’t have thought twice about it, but having it in suburbia was another thing entirely.

Since this ritual was written by smart people that I respect, it made me wonder if my approach was wrong, and my reaction out of place. Nearly a week later I still don’t know exactly what to think. I have a feeling that most of the people I’ve met over the years probably agree with me, but I don’t know that for certain. Beltane is sexual, and you can’t escape that, it’s all about how sexual you want it to be. As for me I’ll probably keep my public rites PG, and my more private ones private.

*At least none that I was invited too.

**Calling the Young Horned God the “Young Horned God” never worked for me, and since there’s not a truly satisfying God-equivalent to Maiden/Mother/Crone, my friends and I are partial to “Goatboy.” Goatboy seems to sum up the over-exuberance and pent up frustrations of the Horned God at Beltane. 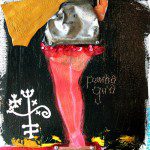 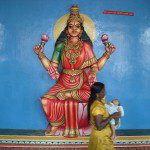 May 18, 2012 Dear Jasmine: Pagan and Hindu Connections
Recent Comments
0 | Leave a Comment
"This sounds really interesting. Thanks. I love witchy book reviews. Books are always a wonderful ..."
WildestSea The Corner Crone: The Hedgewitch’s Little ..."
"These are great gift ideas! Useful for any occasion."
WildestSea Phoenix Rising: Last-Minute, Easy Yule Gifts ..."
"I read an article about not giving gifts to adults at Yule and other occasions. ..."
I. H. Hagar Phoenix Rising: Last-Minute, Easy Yule Gifts ..."
"Such an interesting read!"
Patti Annelle Patten Pan-Celtic Hoofbeats: Horses of the Dark ..."
Browse Our Archives
get the latest updates from
Agora
and the Patheos
Pagan
Channel
POPULAR AT PATHEOS Pagan
1