What can a naturalist celebrate in September?

Summer has waned, and those in a four-seasons climate are now moving into autumn.  In those climates, this is also often a time when fields begin to turn gold with ripened grain, ready for harvest.  An equinox, when the length of day and night are equal, will arrive on the 22nd.

In the Northern Hemisphere, the equinox is celebrated as Mabon, also called Harvest Home.  Astronomically, the event falls on the 22nd.  The precise date and time can be found at archaeoastronomy.com.

Mike Nichols says of the day:

The metaphor for the natural solar cycle is perfectly clear, and easily appreciable by naturalists.  Likewise with the agricultural myth of John Barleycorn, personification of the ripened grain:

Often this corn spirit was believed to reside most especially in the last sheaf or shock harvested, which was dressed in fine clothes, or woven into a wicker-like man-shaped form. This effigy was then cut and carried from the field, and usually burned, amidst much rejoicing.  (Nichols)

Fall harvest décor is appropriate, with dried cornstalks, squash, gourds, Indian corn, etc.  The social aspect of our lives is highlighted by this harvest theme – a time when friends and family get together for the harvest.  …

Dinner will of course have a harvest theme, including squash, homemade bread, cranberry sauce, etc.  …  One part of the ritual is often the pouring of a little wine at the base of the trees in our yard as thanks for the summer shade and the coming fall colors.  (Naturalistic Paganism yahoo group)

Glenys Livingstone of Pagaian, celebrates this as a time of abundance and thanksgiving, but also of loss.  She associates it with the myth of Persephone’s descent into the underworld, ritually enacting a moment of “letting go”:

”(name), I give you the wheat – the Mystery – the knowledge of life and death. I let you go as Child – Daughter/Mabon65), most loved of Mine … you descend to Wisdom, to Sovereignty66. You will return as Mother67, co-Creator with me. You are the Seed in the Fruit, becoming the Fruit in the Seed. Inner Wisdom guides your path.”

Response: “It is so. I am Daughter (Child/Mabon/Young One), becoming Mother – Seed becoming Fruit. I am deepening into/descend to, Wisdom, into Sovereignty. The Mother knowledge grows within me. (vary and add words as desired to express self)

Those in the Southern Hemisphere celebrate Eostar at this time.

On Carl Sagan’s Cosmic Calendar (illustrated as a comic strip here), which maps the entire history of our cosmos onto a single year, September is particularly interesting.  Since the Big Bang in January (13.7 bya or billion years ago), the universe has been gradually increasing in organizational complexity.  Little of local significance has occurred, though, apart from the formation of the Milky Way galaxy in May.  Now, in September, a good three-fourths of the way through the story, our little corner of the cosmos gets interesting.  On the 1st (4.57 bya), our own sun emerges.  On the 16th (4.0 bya), the oldest known rocks on earth are formed.  Finally, on the 21st (3.8 bya), prokaryotes, earth’s first forms of life, begin to wriggle and squirm.

…if you’re one of the many who have superstitions you can’t seem to shake, this is the day you can let go of some or all of them by doing the exact opposite of what you’re told you should do regarding them.

They also give a few superstition-violating suggestions, not all of which you may have heard of:

Finally, September 21st is the International Day of Peace.  Initiated by the United Nations in 1982 to coincide with the opening of the General Assembly, it declares the UN’s devotion to worldwide peace and encourages humanity to work toward peaceful goals.  The Culture of Peace Initiative says:

We encourage you to attend local events (find them here), put on an event of your own, take a moment of peace at noon, and check in on the global broadcast to view the worldwide activities.  You can watch the global broadcast on this website by clicking here.
The International Day of Peace, a.k.a. “Peace Day” provides an opportunity for individuals, organizations and nations to create practical acts of peace on a shared date.

The day may be observed by ringing bells and wearing doves:

To inaugurate the day, the “Peace Bell” is rung at UN Headquarters (in New York City). The bell is cast from coins donated by children from all continents apart from Africa. It was given as a gift by the United Nations Association of Japan, and is referred to as “a reminder of the human cost of war.” The inscription on its side reads: “Long live absolute world peace.”

Individuals can also wear White Peace Doves to commemorate the International Day of Peace, which are badges in the shape of a dove produced by a non-profit in Canada.  (Wikipedia) 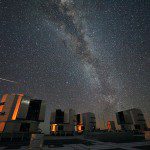 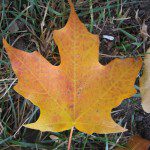 September 28, 2012 Naturalistic Traditions: All Things October
Recent Comments
5 Comments | Leave a Comment
"Congratulations on 5 years! Here's to many more. I'm a trans man, and I've found ..."
Loucke Between Two Worlds: 5 Years Blogging
"Love ya Bri!"
Jason Mankey Between Two Worlds: 5 Years Blogging
"Great insights, Martha. You know that with my agnostic leanings I have a different concept ..."
Willow Rose The Corner Crone: Hekate of the ..."
"A sincere thank you for sharing this. I so appreciate the opportunity to understand others's ..."
Willow Rose Between Two Worlds: Anna, Another Lesson ..."
Browse Our Archives
Related posts from Agora