Seekers and Guides: How to Reach Any Student

Seekers and Guides: How to Reach Any Student March 4, 2013 Sable Aradia 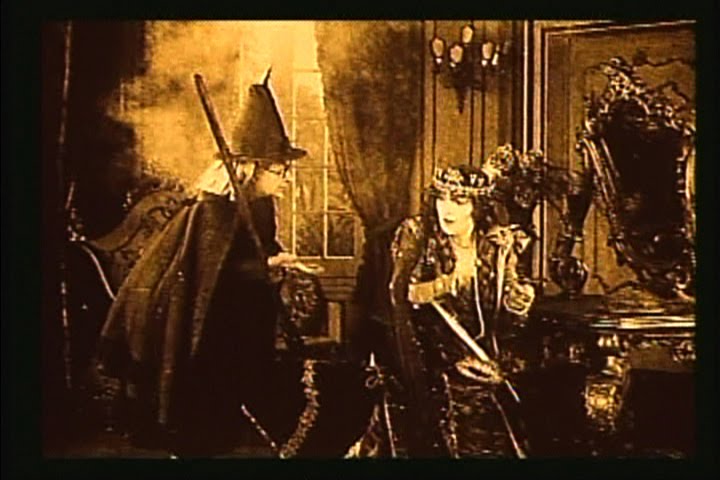 If you teach, you’ve seen it; the students who are doodling aimlessly on their worksheets, drooling on the table while they snore, or clowning disruptively and asking entirely off-topic questions.  In short, they’re bored.  You wonder why they would come to your class if they don’t really want to learn.  But studying the Craft is by definition an activity you undertake in your spare time, and they actually showed up, so why aren’t they paying attention?

In my last column, I offered a primer on how to identify your learning style, based on Dr. Stephanie Burns’ book, “Great Lies We Live By.” If you have a bored student, it’s likely just that you’re not speaking to their style.  Let me offer some suggestions on how to reach them.

You can identify the “what” students when they ask you to lay out everything in excruciating detail before they are willing to try it.  If you have a bored “what” student, you aren’t being clear enough or you aren’t explaining thoroughly.  These Seekers respond best to the time-honored techniques of schools and meetings; they want charts, handouts, and quizzes.  I realize that it may seem counter-intuitive, but why not oblige?  Draw a moon phase chart.  Send them to books that you found particularly helpful in your own studies.  Make lists.  Draw a diagram of the altar layout.  Make a pop quiz on the Sabbats.  Above all, instruct your group to keep a Book of Shadows and get these ones to take notes while you babble.  Try not to get frustrated by their questions or their hesitation; you will just create a block which will cause them to dig in their heels and learn nothing.  Be patient!

The students who are constantly asking “why?” are looking for personal relevance and meaning.  If they are going to learn, they have to care about the subject matter.  A little research goes a long way with this crowd; if you don’t know why the Priestess traditionally holds the athame and the Priest the chalice in a Symbolic Great Rite, and that seems backwards, find out!  Answer their questions as directly and as honestly as you can, and if the answer is “I don’t know,” don’t be afraid to say that!

Because these Seekers like to do things first and then think them over afterwards, above all, the best thing you can do for them is to let them do it.  Demonstrate something and then say, “Who wants to try it?”  The “why” students will leap in with both feet.  In the meantime, the “what” students will carefully observe and make notes.  You get two for the price of one.  If you break off into pairs, let the “why” student lead the “what” student and you’ll have a happy class.

“How” students want to know how things work.  These folks are the most likely to be quietly and passively bored.  They won’t complain, but they often look lost, especially if you’re a talker and explainer, like me.  Break things down into their component elements and let these Seekers experiment.  The “what” people want you to tell them exactly what to say and do in a ritual; the “why” people want to know why you do it that way; the “how” people respond better to an outline of a basic ritual structure, which they can then compose and invent within for themselves.  Tell them to “cast the circle” and let them figure out how to best do that.  Instead of giving them a diagram of the altar layout, let them set it up; they’ll never need to be shown twice (and it won’t hurt you to explain the associations with the directions to the “why” students along the way.)  Give them opportunities to experiment and put theories to the test.

The “what if” students want to test and play with what they have learned to determine the limits of possibility.  They can be identified by their “outside the box” questions.  In any instructional setting they can be disruptive, but they’re really not trying to be.  You’ll have to learn how to handle them sooner or later because Wicca attracts a lot of them.  I think the key is to assertively set limits, but try not to be draconian.  These ones will experiment with or without you, so getting them to try is never the problem; but they might completely derail a good discussion by quoting bad movies and TV shows if you allow it.  Establish a specific time for socializing and for questions (say, after the ritual;) be firm about whatever limits are set “yes, I’m sure you can summon demons through Otherworld gates, but today we’re talking to the Fey;” and gently bring the discussion back on topic when it wanders.  Give them room to play and experiment, and if you think they have a good point, why not test it yourself?

There is one special challenge in dealing with “what if” Seekers.  Sometimes they are disrespectful.  When this occurs, it means one of two things; either they are testing the limits of your group’s social structure and your leadership, or they are testing the limits of your knowledge and no longer believe you have anything to teach them.  If it continues beyond one or two isolated incidents, you have now reached an impasse, and you are no longer of any use to them as a Guide.  The time has come for them to leave the group.  Break the news as gently as you can, and point them in a different direction; perhaps they would fit better with another teacher you know in the community, or perhaps they need to lead their own group and you can provide resources to assist in doing that.  Knowing when you are not a good fit is often more valuable to their learning process than trying to force an untenable situation.

Next in “Seekers and Guides”:  Covening for Beginners. 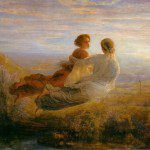 March 1, 2013
Loop of Brighid: The Mysticism of Devotion, Part 4
Next Post 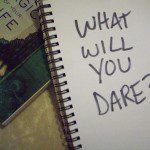 March 5, 2013 The Busy Witch: Reviewing MAKE MAGIC OF YOUR LIFE by T. Thorn Coyle
Recent Comments
0 | Leave a Comment
Browse Our Archives
get the latest from
Agora
Sign up for our newsletter
POPULAR AT PATHEOS Pagan
1