When you start out as a Pagan, or as a follower of any Pagan path, it’s not difficult to find reading material, both online and in the form of books. While some of that can be contradictory and confusing, on the whole getting started is not that difficult these days. Then comes a point when the books start to feel a bit samey, you run continually into the same references. Yet another rough guide to the Wheel of the Year. Yet another quick list of standard deities. You may at this point start to wonder what on earth to do. Is this it? Where are all the mind-expanding secrets? Where’s the long-awaited ancient wisdom?

You can’t get everything by reading. There comes a time when the novice has to make a jump and start doing. Not just replicating simple rituals out of books, but exploring ways of being and doing. You have to take the inspiration in what you’ve found, and run with it on your own terms. It’s possible to go anywhere, doing that. After all, any Pagan practice is nothing more than a good idea someone once had. The older it is the more tested it may be, but also the greater the risk that it isn’t wholly relevant.

One of the biggest downsides of making it up as you go along, is that you can spend a lot of time re-inventing the wheel, and chasing dead ends you would have known to avoid if only someone had written a useful book on the subject. Another downside is lack of affirmation. Working entirely alone, you have nothing to compare yourself to. How do you tell if you’re on the right path, or getting more delusional by the day? Community and actual, real world teachers will more than answer this need, but not all of us have the luxury of access to people more knowledgeable than ourselves. There are far more novice seekers out there than there are experienced teachers. Community can mean comfort, but it can be a case of the blind leading the blind sometimes.

There are novice books that work even if you’ve been doing it for a while. I recently read T. Thorn Coyle’s Make Magic of Your Life, which is a fine example of a text that, while aimed at the newbie, has a lot to give the person who has been at it a while, too. It’s not always easy to tell until you get stuck in whether you’ve picked up one of those, and of course by then you’ve spent your money. In these challenging times, a book can be a big financial investment, and not something to choose lightly. It isn’t tempting to go round spending money on books that might, after all, turn out to be yet another beginners’ guide to the wheel of the year.

As a more experienced reader, especially in Druidry, it can be really frustrating getting hit with potted histories in every book. I’ve read that crash course in the ancient Celts, Roman writing, mediaeval fiction and revival speculation too many times. I’ve also, more worryingly, read several instances where it was factually wrong, for good measure. Like anything, it’s fine the first few times you read it, but then that sense that apparently the idea of Druidry itself and where it came from has to be explained in every book on Druidry, starts to chaff a bit. After all, if you’ve paid good money for this book, the last thing you want is yet more pages of stuff you already know.

Once you know how a Druid ritual works (which you can find out by going to one, just as well), and you know the potted history, and that inspiration is important and we care about service, a bit more depth is called for. How do you actually do any of that stuff, then? What does it mean, to be living that way from day to day?

I rather imagine that Wiccans have similar problems. There’s a veritable embarrassment of Wiccan 101 books out there, and spells designed for people who can’t write a couple of pairs of rhyming couplets for themselves and pick a candle colour. Wicca for teenage goth girls with troubled love lives is easily found. Wicca for grownups takes a bit more hunting out.

No Pagan path is as simple as a handful of concepts and as easy as putting on a robe. Paganism, in all its forms, can be applied to any aspect of our lives, and applied with depth, philosophy and consideration. We can, all of us, figure this out as individuals, but it is lonely work, and it does seem a bit mad because there are people out here further ahead, who know things. The trouble with the publishing industry is that there is a far bigger market for newbie books than there is assumed to be for more focused and indepth work. The more focused a topic, the smaller the market. So, everyone wants How to be a Druid in Ten Easy Steps, but not so many want The Druid Parent or Green Living for Druids. However, when you don’t make a kind of book available, you never find out if there would have been a decent market for it. 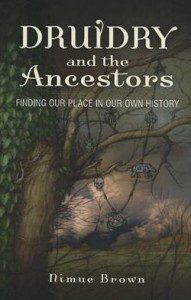 Ten years ago, I remember the available books were few, if you wanted something a bit less generic. The internet has no doubt helped with developing audiences and getting niche book out there. I’m glad to say that Moon Books (my publisher for Druidry and Meditation and Druidry and the Ancestors) are keen to offer texts that go beyond that allegedly mass appeal introduction. I’ve seen some amazing writing coming out of that house in the last year or so, and lined up for future release. Pathworking through Poetry, The Way of Awen, Zen Druidry, in-depth Grail books, a book about the tradition of cursing in magic, another about the fast evolving traditional witchcraft movement… and from the wider publishing world, I’ve noticed some huge advances more generally. Llewellyn used to be a bastion of pop-culture pagan-lite. Now I see them publishing serious work by the likes of Mark Townsend and Kris Hughes.

Pagan publishing is coming of age, and I predict that in the future we’ll see a lot more of the in-depth books, alongside introductions that have a good deal more meat on their bones than has previously been the case.

Druid Thoughts is published monthly on Agora. Follow it via RSS or e-mail! 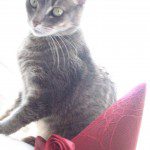 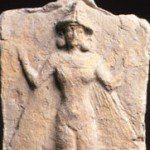 April 5, 2013 Gateway Goddess: Seeking God, Found by Goddess (Why I Am Pagan)
Recent Comments
0 | Leave a Comment
Browse Our Archives
get the latest from
Agora
Sign up for our newsletter
POPULAR AT PATHEOS Pagan
1