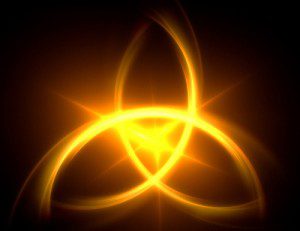 The three sisters ritual is a form of deity visualization focused on the three major aspects of Brighid (or three sisters, all named Brighid) from “Cormac’s Glossary.”

Because this ritual is based on visualizing Brighid in the form of three women rather than as a symbol or as an abstract energy, it can be combined with the relationships described in the “Mysticism of Devotion” column. While visualizing the three sisters, you can try to evoke the emotional energy of the Child, Friend, Strength, Champion, Hound, Servant or Spouse moods. Explore the ways in which the different moods or relationships might be a natural fit for the three different aspects — bearing in mind that the Spouse mood would not be a good fit for the traditional associations of the Brighid of Healing.

If you decide to combine the three sisters ritual with the devotional moods, the goal is to experience an intensely emotional connection to the goddess. In Celtic Christianity, it is said that prayer should be continued “until tears come.” Not everyone can cry so easily, but that isn’t a bad guideline for a devotional ritual. Continue your visualization until the emotion overwhelms you — whether or not you actually cry — and then let the emotion subside on its own.

If you decide not to work with the devotional moods, you can use the three sisters visualization to explore the different energies and associations that arise in your mind as you encounter Brighid in Her various forms.

Begin by breathing slowly and deeply. Raise the circle of fire, and focus on the circle until you have a clear and vivid mental image of it combined with a palpable sense of Brighid’s power and presence. You can add the fiery water ritual if you wish.

Once you have achieved the right mental state, visualize the Brighid of Healing. This is the most beloved and approachable of the three sisters, sharing the energy and associations of St. Brighid of Kildare. You can imagine Her any way you wish or any way that feels right to you, but make the details as vivid as possible. Visualize the color of Her eyes, the texture of Her cloak. Visualize the beauty of Her gentle smile. Feel the limitless compassion of Her healing power. Note the presence of Her divine cow with its red ears and white skin.

Now visualize the Brighid of Smithcraft. You can focus on this sister in Her ancient form as a goddess of craftspeople or in Her form as the Starsmith, forger of souls and universes. In ancient Indo-European society, craftspeople such as smiths were associated with the warrior function of society, so you can also envision this sister as the spear-carrying Brighid of Victories, cognate with the British goddess Brigantia. This sister would also be appropriate for the aspects of Brighid that struggle for social justice, such as Brig Ambue. Whichever manifestation of the second sister you choose to focus on, Her energy is a bit different from the Brighid of Healing — an energy of strength if not severity.

Once all three sisters are present in your mind, try to maintain the vivid and immediate sense of their presence for as long as you can. Try to be as open to their power as you can be. Don’t be afraid of being overwhelmed. If the experience stops being just a visualization and becomes something powerful enough to overcome you emotionally, you may be lucky enough to receive a direct message from the three sisters. 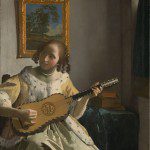 April 29, 2013 Making Light: Profession and Occupation
Recent Comments
4 Comments | Leave a Comment
Browse Our Archives
get the latest from
Agora
Sign up for our newsletter
POPULAR AT PATHEOS Pagan
1