Gateway Goddess: Float Like a Butterfly, Sting Like a Bee – It’s The Gemini New Moon May 31, 2013 Kathy Kassab

[In June 2013, Gateway Goddess will be moving to its own blog! Don’t miss a single post — update your RSS links and e-mail subscriptions.]

The floating comes courtesy of a lovely Water Grand Trine: Venus in Cancer, Saturn in Scorpio and Neptune in Pisces.

A cardinal T-Square with Mercury in Cancer snapping at Uranus in Aries, and glaring at Pluto in Capricorn. With warrior planet Mars in Gemini, the weapon of choice may well be words.

So, one of astrology’s happiest configurations is squaring off against one of its most tense.

And if that duality doesn’t say Gemini, what does?

Gemini’s symbol is the twins, Castor and Pollux. Most myths say they were hatched from the same triple-yolked egg that gave us Helen of Troy. Their mother was Leda, courted or raped by Zeus in swan form.

One twin was mortal; the other, born immortal. The divine Pollux asked to share his immortality when his twin brother was killed. The Gods’ solution was to place both in the sky as the constellation Gemini.

Gemini’s ruler, Mercury, gives the sign mental agility and a knack for communication. That skill may be turned inward at this New Moon, as Mercury is in Cancer, an introspective sign. But with the tension created by the square to Uranus and Pluto, well, it may also be a time when that which we wanted to keep firmly in our innermost closet explodes outward. Or, it may be a time when something precious or life-changing is discovered beneath layers of clutter.

The power of opposites to create a third road of new possibilities is also reflected in the Grand Trine conversation among Venus, Saturn and Neptune. Venus, the planet of abundance, relationships, creativity, connects the master of form (Saturn) with the lord of the cosmic deeps, intuition and psychic messages (Neptune). These are friendly planets for Gemini. Venus rules Libra, the next air sign in the chart. Saturn and Uranus share rulership of Aquarius, the third air sign of the Zodiac wheel.

So, it’s a good time to dream big. To paraphrase Thoreau, to both build a castle in the air and plan for foundations under it. Operative word: PLAN. Remember that Gemini is a sign more suited to thinking and planning than doing. And as the planet of drive—Mars—is an unhappy camper this New Moon, let things settle out a bit before asking too much in the way of action. Mars doesn’t focus well in Gemini, and has some difficult planetary aspects as well; among them, a square to Neptune. Vision may well come, and you may well want to get started right away, but find your path blocked. This will pass.

While Gemini is not known for patience, try to have some. The Sun and Moon are loosely conjunct happy, optimistic Jupiter. Use the power of the Gemini Sun and its information dissemination and gathering potential to put together a rough draft of all those plans and dreams this New Moon may bring. Use the tension of the T-square to dig for flaws in the plan, to get rid of the clutter. And then, as we move towards the Full Moon and a sun in nurturing Cancer June 23, be ready to release your dream.

Or maybe, the choice is yours.

If you’d like to put some spellwork behind your intentions this Gemini New Moon, good colors to use are yellow, orange and white.  Mercury/Hermes would be the traditional deity to address.  Twins like Freyr and Freya or Apollo and Artemis also would be good choices, as would the duality of Bast/Sekhmet. Some sources suggest Loki or Coyote, as Hermes is sometimes seen as a trickster deity. I also have felt in my own meditations that Hermes has a good relationship with the Fey beings, both due to some overlapping of personalities and due to the Roman empire overlap with parts of Celtic Europe.  Stone correspondences are diamond, citrine, peridot, aquamarine and tourmalines. Plants include elder, lily of the valley, iris, lavendar, parsley and dill. Scents and incense to use include jasmine, wormwood and sandalwood.

Be aware that Gemini is a sign of duality, and that through Hermes, the Gods can speak lies that ultimately lead to a greater truth. In other words, the spellwork, wish or energy working can take a turn you don’t expect, giving you results you didn’t ask for but ultimately needed. So think hard, plan well, and expect the unexpected when wishing on this New Moon. 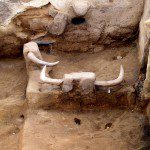 May 30, 2013
Naturalistic Traditions: Were early agricultural peoples naturalistic?
Next Post 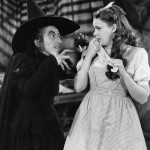 June 3, 2013 Seekers and Guides: A Balm for a Pagan Plague - High Priestess’ Disease (Part 2)
Recent Comments
0 | Leave a Comment
Browse Our Archives
get the latest from
Agora
Sign up for our newsletter
POPULAR AT PATHEOS Pagan
1

A Prayer for Bread Blessing in an Animistic...
%%excerpt%%Prayer for bread is as ancient as agriculture. Here are some prayers...

Cancel culture according to the Lovers
Your persona gets canceled in the social space because cancel culture is...
view all Pagan blogs
What Are Your Thoughts?leave a comment
Copyright 2008-2020, Patheos. All rights reserved.