Seekers and Guides: A Balm for a Pagan Plague – High Priestess’ Disease (Part 1)

If you’ve been at all active in the Pagan community, you have probably heard of this particular ailment.  It describes the spiritual malaise that causes some of us to develop an inflated sense of our importance and “power trip” on being a Wiccan Priest(ess).  Over the next couple of columns I’m going to discuss this problem frankly, explore its possible causes, and suggest solutions for it.

Symptoms of High Priestess’ Disease include:  arrogance, inability to accept criticism, emotional explosions, a compulsive need for control, feelings of abandonment, impatience, a sense of not being taken seriously or of your accomplishments being disregarded, and becoming frustrated when people disobey or disregard your requests or instructions.  Recognizing these indicators in yourself, or in your students, is the first step to recovery.

Contrary to popular belief, I don’t think that this epidemic is due to defects of character.  I believe it is a natural part of the process in the study of the Craft and that some of us handle it better than others.  It is caused by the nature of the Work that we do as Witches.

I like to joke that in Wicca, women learn how to take their power, and men learn how to give it up.  What I mean by this is that Wicca is a space where the traditional roles of power are broken down or deliberately remodeled.  The gender divide is only one of the most obvious examples of this.  When I do public rituals with my husband and Priest, the newspaper reporters always go to talk to him first, because they assume that he is the one in charge.  When someone has been involved with Pagans for a while, they come to talk to me first, because they know that the odds are that the person in charge is me.

While I certainly will agree that this perception is changing in Western culture, the unconscious bias still exists.  And so many women come to the Craft from a disadvantaged place, attracted by the feminist viewpoint and the lack of a glass ceiling.  I was no exception.  I am probably a Witch today because I was always mystically-inclined and I felt that most churches did not want female religious leaders.  And since women are often not taken as seriously as men are, when they find a role that gives them leadership, they often become a little drunk on it.  This is probably why we call it “High Priestess’ Disease.”

But this is hardly the only example of power intoxication in those who come from disadvantaged groups.  Wicca is, by definition, a counter-cultural movement.  We attract all kinds of outsiders, minority groups, and just plain “weirdos” (and I mean that with all the due affection of being one of those “weirdos” myself.)  We attract GLBT men and women, geeks, nerds, rebels, and people with disabilities.  We attract more than our fair share of scholars and people with anxiety disorders.[1]  Whenever people who have lacked power are suddenly given it, there is always a chance that they can run away with the headiness of it.

Wicca is a mystic’s path.  Ultimately, its greatest mystery is union with the Divine; what we call “Drawing Down the Moon” and “Drawing Down the Sun.”  In order to achieve that, we must break down the dross of our personalities.  Not all of our personality, just the stuff that interferes with our ability to channel our Divine Selves.  Think of it as a refining process.  We are trying to become better conductors.  Pure gold is the best conductor for electricity, and pure copper follows that, but elements are rarely pure in nature and so they must be melted, tempered, and beaten in order to reach that state of purity.  We are no different; and frankly, the process hurts and we resist.  However, the more we resist, the greater the pain.  Someone who is suffering from High Priestess’ Disease is having their ego challenged and they are resisting alchemical transformation of the spirit.  That is why Wicca demands that we choose this path of our own free will.

We don’t handle this process very well as Witches.  I believe that’s because this form of our religion is so young.  It may help to look to the teachings and practices of other spiritual paths for ways to deal with this complex and confusing process.

Growing up is the process of coming into our own; defining our personalities and our innermost selves as being different from that of our parents; testing our limits; and ultimately, accepting responsibility for our own lives.  Becoming a High Priestess or Priest is no different.  We must define our spiritual selves as being different from that of our “Craft parents”; we must define ourselves as spiritual people; we must test our limits; and the Rede demands that we accept responsibility for all of our actions, intentional or not.  In other words, those new to being Wiccan clergy often have the exact same arrogant swagger that teenagers do, who are convinced that their parents are the world’s biggest idiots and they have invented new and better ways to do everything.  As any parent could tell you, if they are in that space, there is simply no talking to them.

In the next article, I will suggest ways to cope, as well as methods of prevention and treatment.

Next column: A Balm for a Pagan Plague:  High Priestess’ Disease (Part 2).

[1] According to the Pagan Census. http://books.google.ca/books/about/Voices_from_the_Pagan_Census.html?id=L9mPdewmqR4C 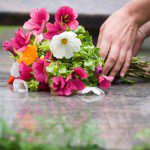 May 17, 2013
Gateway Goddess: Summer Samhain Feels Both Wrong and Right
Next Post 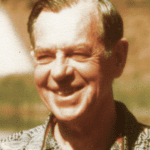 May 21, 2013 Making Light: Help me, Joe Campbell, you're my only hope
Recent Comments
0 | Leave a Comment
Browse Our Archives
Related posts from Agora