One of the things I’ve been able to do as a consequence of having more internet and electricity is look into a bit of self-publishing. I’ve written far more books and short stories than are currently available, and I thought it would be fun to put some of them out there. E-book land is a shifting and unpredictable place, in which publishing houses come and go, so much of the work I have lying around has been published by someone at some point, and then reverted back to me as houses fell by the wayside. (Not to imply that I am some kind of publishing kiss of death…!) 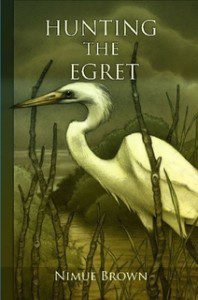 For the last few weeks, while clearing my head between drafts of the next Druid book, I’ve been working on revising Hunting the Egret, which previously went out into the world under my old name. This was the first book cover Tom ever did for me, so it was a bit of a nostalgia trip for me. However, Tom hadn’t had chance to read the story, so I tested it on him during the revision process. It’s a gothic love story, full of Pagan magic and messed-up people. It comes from what I now think of as my messed-up romance period. The basic premise that even the most weird and troubled person might be able to find a soul mate motivated me to write a great many stories, often for the erotica market. Many of them do not strike me as worth dusting off. However, having gone back to Hunting the Egret, there are a lot of things going on in it about how the characters see the world.

However, I felt the original version was unbalanced, with too much time spent on the sex lives of the characters and not enough else explored in detail, so I’ve redressed that in a number of ways, and I feel better about it. I think when you’re putting content into a book in order to make it sell, you’re on a losing streak already, more often than not. I figure, the vast majority of books do not sell in the thousands anyway, so I might as well do the work I love, put that out and see if I can find a few people who like what I do. I’ll save the trying to do it for money for projects where someone offers to pay me upfront, because the rest is just gambling anyway. And who knows, maybe gothic romance with a dash of Paganism is poised to be the next big thing. I sincerely doubt it, but it would be a great deal of fun if that happened to be the case.

I’m going to blog a few excerpts and some wider reflections on the project over the coming days, but in the meantime if you are curious, Hunting the Egret is on Kindle – with a Createspace version one day, and there is a print version over at Lulu.  It could show up other places too, but there’s no knowing how long that might take.

I like feeling in control of my work some of the time, and I like how it feels to be sharing a story that really matters to me. Only when I came back to rework this tale did I realise how much it was about my own desire to find a soul mate, someone who would accept me as I am. That he created the cover for me, and I did not know that I had already found the person I needed, is a strange thing to look back on.

In regular fairy tales, beautiful princesses live happily ever after with the elegant prince of their choice. In my fairy stories, poverty-stricken freaks with outlandish backgrounds and serious hang-ups manage to connect with each other, heal their wounds, and overcome their demons a bit. Looking across the table at the lovely man drawing on the far side of it, I know that kind of story is actually possible. Oddly ever after…

Druid Thoughts is published on occasional Wednesdays on Agora. Follow it via RSS or e-mail!
Previous Post 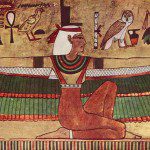 August 29, 2013 Loop of Brighid: Invocation of the Graces, a Brigidine Sacred Text - Part 6
Recent Comments
3 Comments | Leave a Comment
"Well, first off, shout out to The Triple Goddess Bookstore in Okemos, Michigan for the ..."
vegetarianwino Living the Liminal: Balancing Anti-Consumerism and ..."
"Beat Heart failures with Tesla Purple Energy Healing and REVIVING Plates.REVIVING because it can REVIVE ..."
krisshan kant sundriyal Simple Witchery: You Are What You ..."
"Concerns about excessive consumerism are valid, but the issue is much more complex than Pagans ..."
kenofken Living the Liminal: Balancing Anti-Consumerism and ..."
"Congratulations, Kris!"
Stacy Canterbury Pan-Celtic Hoofbeats: Brigid, History & Mystery
Browse Our Archives
Follow Us! 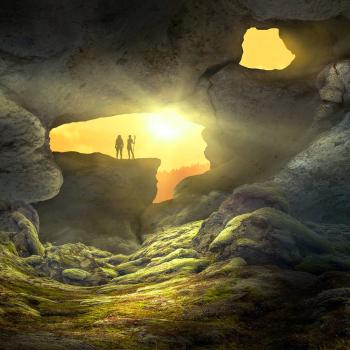