I have written several times in different contexts about fairies in fiction, from how fiction gets them right and wrong to fairies on TV, and possibly because of that I am often asked for recommendations of ‘good’ fairy fiction.  Good in this case meaning depictions that stay closest to the folklore and have the least warping of older beliefs. Since I’ve talked about individual books before and this is the last blog for me here of 2020 I thought it would be nice to go out on a fun note and offer my top five favourite series that fit that definition of good.

A popular series, it tells the story of Toby Daye, a half fairy/half mortal who tried to abandon both worlds and found that leaving the service of Fairy isn’t so easy after all.

The characters are engaging and the plots are compelling, although how well the folklore stands up can vary widely and the fairies are very anthropomorphized. It still makes my list of recommended series, though, because its strengths outweigh its weaknesses and it’s a really fun series. Toby is a well written character with a lot of depth and the political intrigue of the various fairy courts feels real. Particularly good choice for people looking for a long series that they can get lost in.

Jack, the youngest of 7 sons, is magically gifted in a family that seeks to hide their abilities from the fae, who want to keep the existence of Fairy secret from humans. Naturally Jack breaks the family rule and chaos, danger, and adventure ensue.

Although there are only two books so far it’s a fun story that quickly plunges the reader into the lives of the Sorley family and their intersection with the world of Fairy. I especially liked the interesting take on the crossover between music and magic. Perfect for people looking for a light, fun read.

Lily is a modern woman who doesn’t believe in fairies – until she goes to visit her grandmother, finds her missing, and is quickly dragged into a quest to find her alongside a mercurial kelpie who owes her grandmother a debt he must repay.

A really good story that gets a lot of the folklore correct with a few notable exceptions, for example implying there is only one of each type of fairy. That aside, the story is fascinating and several times takes an unexpected turn that keeps it interesting, and the end of the third book not only ties strongly into an a very old story but gives us a unique and memorable take on it. This is a good choice if you want a series that’s well crafted but not predictable.

Izzy takes a wrong turn while walking in Dublin and stumbles head-on into a world of magic and non-human beings.

This one makes #2 on my list because it, rather uniquely in my opinion, includes a full array of folk beliefs rather than just those relating specifically to fairies. The result is a fascinating crossover that represents our multi-faith world more accurately than most other approaches, while keeping the story fun. This is a great choice if you are looking for a strong female lead who grows into her strength and a story that includes a wide array of folklore and belief in creative ways.

Ireland has been cut off from the rest of the human world and everyone living there as a teenager is subject to being stolen by the Good Folk for what seems like a few minutes to humans but is a full day in the land of Fairy. Most die but those who return are never the same.

Honestly I can’t praise this book highly enough on several levels: it’s a riveting story, the fairies are appropriately inhuman and scary, and the wider plot is intriguing. I especially liked that the main character is a person with a physical disability who everyone writes off but who is determined to survive being taken by the sidhe. This whole book reminded me a lot of Pratchett’s Lords and Ladies (another of my favourites) but with a darker tone and if you liked that one I think you’d like this one as well.

If you are in the mood for some good fiction featuring fairies and you haven’t read any of these series then I suggest checking them out. They are all worth reading for different reasons, and indeed they are all very different approaches to the subject. They also all show fairies in ways that are generally more accurate to folklore and folk belief than many other books do, which is nice to see because it shows that it can be done and done well. Fairy fiction is an increasingly popular thing and there are many books out there to choose from, but the quality of those books and how they present or warp older folklore varies unbelievably widely; since readers tend to incorporate fiction into their belief even when it is clearly and obviously created for plot purposes I think its a good idea to be aware of the good material available out there and seek it out. 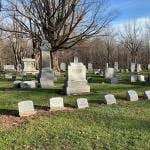 December 14, 2020
Between Two Worlds: Exploring My Matriarchal Motherland
Next Post 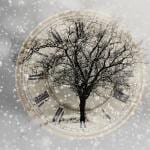 December 21, 2020 Simple Witchery: Health, Wealth and Wisdom in the New Year
Recent Comments
0 | Leave a Comment
"Yes, thats why its called Patheos: Pagan. Patheos is a multi belief website with blogs ..."
Michelle Gillian The Dance of Pagan Recovery: Welcome ..."
"Simply vile and disgusting how a supposed catholic website or blog is fooling its readers ..."
Luis rodrigues coelho The Dance of Pagan Recovery: Welcome ..."
"What's kind of kooky about being disabled and invisible, or different and invisible, is that ..."
JenniWest The Corner Crone: Why Are You ..."
"This really sounds interesting. Health is so important."
WildestSea The Corner Crone: The Witch’s Guide ..."
Browse Our Archives
Related posts from Agora