I moved back to western New York State on May 1st of this year. Ever since then I’ve been exploring my matriarchal motherland. I have one sibling, my brother, who can’t understand why I’m not exploring both sides of the family. First of all, I already know quite a bit of the patriarchal side of my blood family. And because of an abusive relationship with my father, I wasn’t about to explore any more of that bloodline. That’s why I left New York State in 1961, and vowed never to return. You may recall that article.

There are a lot of things about me that my siblings will never totally understand, especially my brother.    I came out to my siblings as transgender in 2004. In person, except for my brother who lived 1,000 miles away. His remark at the time was “whatever”. Did my sisters totally accept that I was trans at the time? No. Or understand at the time? No. But over the years that followed they understood that it was necessary for me to start my transition to female. And eventually accepted me as their older sister.

As most of you know, I legally changed my name a little over 3 years ago. I decided that it was time for my name to reflect who I am, not who I was. I told my siblings about my name change right after I did it. Not before. I figured that if I’d married another woman, I might have taken her last name anyway. Again, my brother was like “whatever”, as I recall.

Just before Veterans Day this year, he called me to say he was “irritated” (insert stronger word here)  that I had legally changed my name from the family last name. I asked him to stop his rant, but he didn’t. After 2 outbursts, I told him no more. So he hung up. A week later I emailed him to say why I changed my name. He had never asked me why before. The text from him read: “I received your message, read it and have no comment at this time”.  And signed his full given name. OK brother, “whatever”. I have boundaries, and he had crossed them. And he knew that.

I started visiting my ancestors’ graves within days after arriving back in my matriarchal motherland. It turned out that the cemetery where my mother’s side of the family is buried is a brisk half mile walk from where my sister and I moved to. I hadn’t visited that cemetery in over 30 years. My sister didn’t want to accompany me, and couldn’t remember where the graves were. But my intuition and ancestor spirits guided me to where I needed to go. I was happy that I finally was able to see their graves again. It seemed that I was finally re-connecting to my past.

When I was young we didn’t see my mother’s parents much as my father didn’t like his father-in-law. I never did find out why. As I recall, we only visited them a few times where they lived. And it was pretty awkward at times. Mother would talk to my grandmother, and father would go outside a lot while we were there.

My great-grandmother lived with them. She was born in 1863, and was a living history book. Sometimes she would come to visit us at the farm. I loved talking with her. She lived a long life, and finally crossed over in 1961 while I was in the military, at age 98.

One of the reasons that I moved back to my matriarchal motherland was her. In a meditation at PantheaCon in February, I saw myself as a young girl talking to her on our living room couch. It was that meditation, and another on the long plane ride back to Wisconsin, that told me I needed to come back to my matriarchal motherland. And I’m happy that I did. I’ve visited the old graves many times since.

The third time I visited the graveyard I suddenly turned around and saw some more gravestones. It was like my great-grandmother Lucy turned me around. Look, here are my side of the family. There, behind a large monument were a lot of small white gravestones. I had never noticed them before.

I started comparing the dates on them to the same period of time that Grandma Lucy lived. The hairs on the back of my neck raised up. Were these her siblings? If these were her siblings, were the next gravestones from an earlier time, her parents and grandparents? So many questions.

Back at my apartment I looked up the cemetery records online. Once I had them, I went to my Ancestry.com page and started to try and validate them before I put any data into my matriarchal family tree. With the cemetery burial records and other data I was able to know that I had found my great-great grandparents’ graves. I had never known anything about them. Nobody in my immediate family had ever said anything about them. And unfortunately, I never had asked anybody about them when I was younger.

After I had filled in what I knew that was accurate, I was determined to find out more. Since those ancestors were buried there, I felt there had to be more. But they weren’t in that area of the cemetery. Back to doing more research. I haven’t validated it yet, but through Ancestry.com hints I’m fairly sure that I’ve found my great-great-great grandparents. And I found their really old gravestones. As the weather was getting colder my plan is to clean up all the ancestral gravestones in the spring. So I can do a proper remembrance ritual.

Stay tuned as I find out more about my ancestors.

Until next time…in the future… 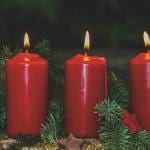 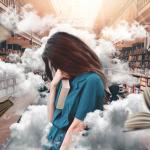 December 15, 2020 Irish-American Witchcraft: Top 5 Favourite Fairy Fiction Series
Recent Comments
0 | Leave a Comment
"Yes, thats why its called Patheos: Pagan. Patheos is a multi belief website with blogs ..."
Michelle Gillian The Dance of Pagan Recovery: Welcome ..."
"Simply vile and disgusting how a supposed catholic website or blog is fooling its readers ..."
Luis rodrigues coelho The Dance of Pagan Recovery: Welcome ..."
"What's kind of kooky about being disabled and invisible, or different and invisible, is that ..."
JenniWest The Corner Crone: Why Are You ..."
"This really sounds interesting. Health is so important."
WildestSea The Corner Crone: The Witch’s Guide ..."
Browse Our Archives
Related posts from Agora