Syncretic Electric: We Need to be Challenged, or Why I am Thankful

This month, I am joining into a larger discussion highlighting members of the Pagan community that we admire and are thankful for.

The Pagan community is full of diverse voices, speaking from many different perspectives, and this, I firmly believe, is one of the great strengths of Paganism. However, I have also come to feel that there are moments when Pagan dialogue becomes so concerned with acceptance and diversity that we lose track of the subject of our discussions and stop saying anything at all. Sometimes, I think we could do with a little less nicety.

Sometimes, I think, we need to say no.

So, that is why I am thankful for Galina Krasskova.

In all honesty, she irritates and frustrates me. More often than not, I agree with her ideas, and wish that she could have found almost any other way to present them.  I have criticized her views on paganism-call-for-pagan.html" target="_blank" class=" decorated-link">praxis and theology on several occasions, and I have even gone so far as to re-imagine her conception of the Filter. I find her difficult and often galling, and that is why I always return to her.

Krasskova is blunt and to the point. She does not tolerate vacillation, and you always know exactly where she stands. Galina Krasskova offends and upsets people, and she has been unfairly targeted because of her willingness to stand up for what she believes and for what she feels the community needs.

I firmly believe that Contemporary Paganism needs strong voices. We need people who are willing to stand strong and who will not bend under pressure. Even if we disagree, people like Galina Krasskova force us to re-examine ourselves and our positions.  Speaking personally, on several occasions, she has challenged me to examine why I hold certain views and why I am reacting in a certain way. Even if, in the end, my position is the same as it was when I started, I now have a much better understanding of myself and my relation to the community.

Indeed, it is in her focus on relationships that I think Galina Krasskova is such a valuable voice. Persistently, she talks about the importance of maintaining good relationships with the spiritual beings who are the origins of our faith. Be they ancestors or deities, Krasskova reminds us that we are reaching out to something, that our practice is not just one sided, for our own enjoyment, but that there is something more. While I dislike her constant focus on praxis, I do believe that it is vital for us to understand the experience of religious practice as something greater than our own satisfaction.

In her own words:

I approach the Gods as sentient, primal, independent Beings. They exist with us or without us. They may choose to engage with us, but They have a reality far beyond what we are capable of imagining. As a polytheist I and many like me are engaged in an ongoing devotional relationship with the Powers that may take many different forms. The commonality between them is that such relationships are based in respect, piety, and devotion. They’re based in an acknowledgement that the Gods are higher on the food chain than we, and that it is right and proper for us to show Them respect.

While I do not expect everyone to agree with Galina Krasskova or her views on polytheism, I am very thankful that she is willing to so boldly express herself. I think that we need to be challenged and provoked as a community. I think that we need to be made uncomfortable. We need people like the old Cynic philosophers of Ancient Greece, who would wander into town decrying the decadence and fatuousness of daily life. For these reasons, I am thankful for Galina Krasskova, and I hope that she continues to speak. 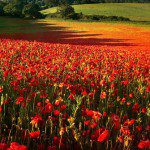 November 11, 2013 Seekers and Guides: The Importance of Remembrance
Recent Comments
0 | Leave a Comment
Browse Our Archives
Related posts from Agora